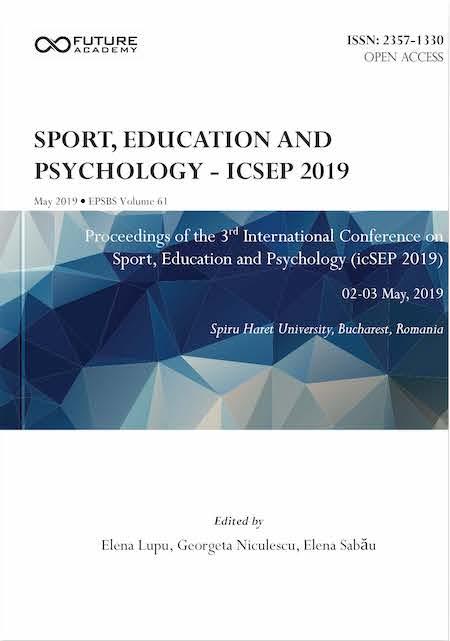 The Novice Physical Education Teacher And Solving A Gym Discipline

The concept of the “discipline” is a much-debated topic nowadays. Not only teachers are faced with discipline or disciplinary action each day (Simón & Alonso-Tapia, 2016). The term discipline occurs mostly in the school environment, but also it occurs in other occupations (Pane, Rocco, Miller, & Salmon, 2014). This article highlights issues surrounding the practice and implementation of discipline within the school environment, with special reference to pupils. Regarding the concept of the discipline itself, there are many schools of thought and with varying opinions among several scholars. Some scholars highlight only a set of rules should be adhered to, other scholars highlight that different varieties of obedience and limited standard practices have to be respected.

The latter’s method of perception is comparable to habits that are transferred by education. Pupils of primary schools meet every day with this term or understanding of a discipline. According to Bendl (2004) discipline could be defined as “the conscious compliance of specified standards of behaviour” (p. 23). … The word “conscious", we include in our definition for reason, because it is important that a person was aware of the standards that knew them and knew what behaviour is required of him” (p. 23). Discipline is a complex phenomenon and affects people's lives every day, in all areas of life. We must conclude that people who encounter this term on a daily basis are both consciously and unconsciously aware of the fact of its existence. For example, at different workplaces where one has to follow a specific code, norms, standards and rules, as well as in the family, where they should be a role model, and, not least, in his free time, when one should behave kindly.

It is well known in the field of education that the teacher has a crucial role to play as the most important benefactor within a child’s educational development. If we talk about the positive changes which we would like to achieve in school, we have to begin with the teacher. The changes and reforms that focus on the improvement of the educational process are dependent on whether the teacher is willing to accept the changes of the teaching concept and are also dependent on whether the teacher is willing to change approach in regards to the pupils in the class. If he (the teacher) is also willing to change teaching methods and the most important aspect if he is willing to undergo a transformation of his personality, his skills and education level (Šimoník, 1995). For the term “novice teacher”, various authors have presented different definitions. Šimoník (1995) states: "As a novice (teacher), it is possible to mark a teacher in the first school year of his teaching profession. The first year in school is a year of confrontation of the image and perfection of a young teacher with often very hard reality, (that is) a year of confrontation of his preparation with the intrinsic performance of the profession, confrontation between theory and practice" (p. 9).

Novice teachers are faced from the first day of their profession path with reality which is very different than their teacher training (Janík et al., 2017; Kearney, 2014). Chudý and Neumaeister (2014) state that a novice teacher usually has a problem retaining the discipline in the classroom and without formed ability to move inside certain boundaries. He is not able to work with praise and punishments, not only in the relationship with pupils but also to himself, because he does not have a developed self-reflection as a novice teacher.

These are only a few reasons among others why for novice teacher is characteristic relatively high rate of early ending of educational profession (Gray & Taie, 2015; Píšová & Hanušová, 2016). We have to note that self-reflection is an integral part of the teaching profession (Urbanovská, 2000), because of that, it is closely connected with the personality quality traits associated with understanding, wisdom and a vision of the educational reality and decision-making process. Chudý and Neumaeister (2014) further state that a novice teacher can be defined as a teacher who has basic pedagogical knowledge. That teacher creates a subjective construct of pedagogical activity and conquers it to the level of earned pedagogical competences. Novice teachers learn new educational procedures and objectively evaluate their own educational strategies.

The circumstances and surrounding for teaching physical education are specific. There are several factors which influence physical education classes. During physical education lessons, pupils are moving very often in a space larger than a typical classroom. Teachers and pupils faced with poor acoustics, high noise levels, large numbers of pupils in the class, with a constant focus on safety and the handling of sport gym equipment, are all causes for concern regarding the implementation of discipline. The physical education teacher frequently has to change the teaching location; from the gym, classroom, swimming pool, to the outdoor playground. All these factors require different approaches and create challenges in maintaining discipline during teaching sessions. Other obstacles include a wide range of pupils’ grading levels. Many teachers during the lifespan of their careers have the possibility to educate pupils of varying ages; from kindergarten to high school (Cothran & Kulinna, 2015; Ryan & Mendel, 2010).

According to research in Czech Republic, nearly 75 % of novice teachers are faced with the problem of classroom discipline (Šimoník, 1995). With these problems are also faced and novice PE teachers on as well (Gordon, 2016; Richards, Templin, & Graber, 2014).

The identified data corresponds to the research questions: How do novice teachers perceive and work with the teacher's discipline and authority?

The main objective of this paper is to explore and analyse the phenomenon of breaking discipline during PE lessons on the 2nd level of primary schools. The further aim is to analyse and describe the main problems which novice PE teacher dealt.

Qualitative research and a method of content analysis were used for this article. Based on the content analysis, we will define a central concept and formulate a theory that focuses on the discipline of a novice PE teacher.

The research sample is composed of five novice PE teachers (4 women and one man) from city of Olomouc, Czech Republic. All of them are teaching subject PE twice per week (90 min per week). Working as PE teachers in primary education is their first career job and the duration of their practice is less than 5 years.

The method of data collection is semi-structured interviews. Data from semi-structured interviews were processed using open coding. With using open coding, concepts have been created sequentially to capture specific matters or facts. These terms are inductively grounded in the data, but they have abstract nature because they contain the idea, principle, or experience that is valid across different matters or situations. The next step in the content analysis is to search for theoretical relationships between concepts using the so-called axial coding (Corbin & Strauss, 2015). The relationship between the concepts was detected by axial coding, and then this relationship was specified in more detail. After axial coding ensues choice of the central concept and the theory formulation as the result of the content analysis. The choice of the central concept and formulation of the theory was carried out by using selective coding. Selective coding presents the final stage of the coding, which aims is to specify, identify and to find basic, crucial and central categories and conceptualization of the whole context.

1. Perception of the concept of discipline and authority:

•Compliance of the rules

•Compliance of the rules

3. Relationship and attitudes toward pupils:

•The Challenges in building discipline

•Differences in PE discipline and other subjects

•To be able to hold pupils’ attention during classes

•Have/have not the established rules.

•To have rules that are pre-determined

6. Violation of discipline and solving of undisciplined behaviour:

•Response to the undisciplined behaviour

•Procedures for repeated violations of the discipline

•Learned strategies and procedures from the time when the teachers were pupils.

Seeking for theoretical relationships between concepts and choosing a central concept:

The result of the content analysis is the central concepts we describe below (above). From the final data, we can tell how novice PE teachers work with discipline, how they perceive it, and how they perceive the authority of teachers. Teachers perceive the terms discipline and authority as compliance rules and decent behaviour, where these rules can sometimes be set up and respected and followed by pupils, while pupils respect and perceive teachers as a natural authority. This is the first central concept or a theory, which talks about discipline and authority. The second central concept is how teachers build authority; they are righteous to all pupils, consistent in adherence to the rules, and rely on the formal authority of the teacher. The third central concept shows that teachers have a positive relationship and attitudes with pupils. They try to listen and understand pupils using compliance, thereby developing positive relationships and attitudes with pupils, while teachers also do not make any difference between pupils. Another central concept is that teachers build discipline among pupils where pupils have to follow the rules, teachers try to calm the pupils in the PE lessons, and if pupils observe discipline, pupils can choose the game they want to play in the PE lesson. The fifth central concept talks about teachers aiming to keep pupils compliant and disciplined in PE by gestures, whistles, alternating activities, and the adherence to rules. If pupils violate the rules, they receive a note in the pupil's record book. The last and sixth central concept refers to the breaking of discipline in such a way that, when discipline is violated, the teacher will whistle or verbally respond. The greatest act of misbehaviour pupils can perform is noise and movement in places where they supposed not to be, and teachers usually solve the discipline violation with notes. These central concepts describe and illustrate how novice PE teachers work within the framework of pupils' discipline, how they build authority, how they perceive discipline and authority, and what attitudes pupils respond to.

The research was sponsored by projects: The novice physical education teacher in context of the classroom discipline IGA_PdF_2019_034 & Professional self-concept of the beginning academic workers in relation to their critical thinking, IGA_PdF_2019_033.