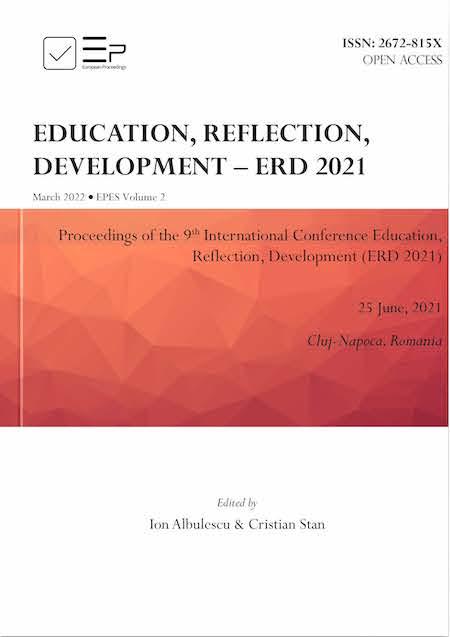 Over the last five years, we have witnessed a fascinating social phenomenon in which children from various cultures create authentic, "home-made, amateur dance tutorial videos" (HAD-TV). This paper describes an analysis of qualitative research aimed to identify and describe teaching strategies applied by children in 20 HAD-TV retrieved from YouTube. The videos are less than six minutes and are heterogenic with respect to gender (girls, boys), culture (American, Israeli), and type of movement (separate, sequential). Data analysis was based on an ethno-visual model and a neutral lexicon of an analytical model. The analysis yielded two major categories (doing and saying “what”/”how” to do) and four sub-categories: “doing what to do” (e.g., demonstration for imitation), “saying what to do” (e.g., onomatopoeia), “doing how to do it” (e.g., self-touch), and “saying how to do it” (e.g., instructions for complex movements that may involve multiple actions and body parts). Findings show that children learn and teach mainly through demonstration and imitation and intuitively know how to produce using the same teaching strategies taught in formal dance teaching institutions. These findings can illuminate the process of meaningful learning whereby independent learners can become helpful teachers by providing insights on effective learning. The findings may contribute to the enrichment and accuracy of teaching strategies in non-formal settings in various areas beyond dance education.

A fascinating social phenomenon has been occurring over the past five years in which children from various cultures independently learn, perform, and teach dance movements through the creation of authentic “home-made, amateur dance tutorial videos” (HAD-TV). Thus, alongside official dance classes taught at schools (or dance studios), an independent, self-produced, and updated digital, virtual teaching-learning zone in which children are actively involved is developing. The children's teaching-learning process is natural, spontaneous, and non-institutional (i.e., non-formal learning), but it is not accidental and is conducted according to planned, organized patterns of formal teaching strategies of which the children are fully aware, as demonstrated by their planned, organized, and initiated actions when uploading videos to the web. This paper focuses on these natural, non-formal independent teaching strategies and analyzes the children’s perceptions of how learning occurs and thus how to teach.

Dance education can be classified as either formal or non-formal, independent teaching-learning. Independent learning may be defined as learning not accompanied by additional guidance and which requires curiosity and the ability to choose, plan, and execute, accompanied by constant self-evaluation and improvement (Morgenshtern et al., 2019). Non-formal learning is a significant part of our learning experience because formal education is no longer the source of most learning (Siemens, 2005). Independent learning in the technological age is done through social media such as YouTube videos. This trend is motivating students to create content for the media themselves, leading to the phenomenon where most learning occurs via a variety of alternate ways and which include HAD-TV.

Demonstration and imitation are predominant actions in formal dance classes. A 2005-2006 field study on dance education described the complexity and diversity involved in the traditional “demonstration-reproduction” pedagogical relationship and examined the role of modelling behavior in the dance teaching context (Harbonnier-Topin & Barbier, 2012). The study defined four ways that teaching through imitation occurs: (1) “doing what to do” – accurately demonstrating the body’s movements as they are supposed to be performed in time and space; (2) “saying what to do” – verbally describing the movement; (3) “doing how to do it” – physically emphasizing the way the movement should be performed; and (4) “saying how to do it” – providing procedural information. Teaching-learning through imitation also includes many verbal (or the like) components relating to rhythm, the body and its position in space, action words, concepts, specific dance terminology, directions, and more.

Teaching-learning dance by imitation is controversial. Supporting viewpoints claim that it provides a pattern of learning that involves analog and spatial abilities and encourages a complex, continual process of careful observation of the dance being studied and/or simultaneous performance with the movement and is not just a rigid copy of the movement (see, e.g., Stevens et al., 2003). On the other hand, others claim that learning through imitation does not engage significant thought processes and that it is a passive learning process that can lead to a state of dependence, alienation, submission, lack of integration, and lack of personal connection on the part of the learner (Sims & Erwin, 2012; Lefebvre, 1998).

The new media – the learning environment in which the current paper is conducted – enables dissemination of ideas, content, and creations (Henning-Thurau et al., 2010) and allows anyone to be both communications consumer and manufacturer (Gillmor, 2009). Since anyone can be involved, it can be seen as a space of communication democratization. The media has become a stage or social platform, and participants are at the center of the action. Its availability also affects children's life and leisure culture.

An international research project entitled “Transmedia Literacy in the New Media Ecology” (The study involved eight countries (Australia, Colombia, Finland, Italy, Portugal, Spain, the United Kingdom, and Uruguay) and more than 30  researchers,)  examined how the younger generations use the media outside of schools and how they acquire transmedia literacy, skills, practices, values, and learning strategies in such informal learning settings. It detected a broad spectrum of situations, skills, strategies, content production, sharing, consumption processes, and alternative media uses and found that YouTube is the main media platform for many teens (Scolari et al., 2019). YouTube is the internet environment used in this study.

The high popularity of video-sharing content communities such as YouTube makes them an attractive communication channel for self-presentation and self-disclosure (Lev On & Cole, 2014). Original “home-made amateur videos” are short, raw, and simple” (O'Brien & Fitzgerald, 2006) and are often posted online without any (professional) editing or other intervention. Hence, the new media enables literacy, integral learning, peer learning, and self-learning.

What teaching strategies are applied by children in dance tutorial videos on social media?

The study aims to identify and describe teaching strategies applied by children in dance tutorial videos on social media. Some of the strategies were pre-defined based on research by Harbonnier-Topin and Barbier (2012) and the professional experience of the researcher. Some strategies emerged from the analysis of the data collected in this study.

Methodology was qualitative in approach, in which the study is meant to explore and understand the meaning that individuals or groups ascribe to a social or human problem and where data analysis proceeds inductively from particulars to general themes with the researcher interpreting the meaning of the data (Creswell & Plano Clark, 2018). The research field comprised visual materials (HAD-TV) on the web (YouTube). The corpus of data comprised 20 dance-tutorial videos retrieved from the media that were produced by children and that had been identified as using teaching strategies applied by the children. Selection criteria included video length (up to six minutes), equal representation for boys and girls, culture (American, Israeli), and type of movement (separate, sequential).

The data was analyzed in three phases. Phase 1 aimed to produce a detailed verbal description of the explanations and performances used in the dance tutorial videos. Phase 2 aimed to identify and extract strategies used by carefully rereading the descriptions. An ethno-visual qualitative analysis model was applied in these two phases that enables interpretation and analysis of any visual image, including photos and videos, according to four components: production, content, circulation, and audience (Rose, 2016). According to Rose, focusing on one component constitutes critical visual analysis, therefore only one component must be selected for analysis. Thus, this study focuses on analyzing the content component.

Phase 3 involved organizing the strategies identified by explaining how the children used them in the videos. This was done by applying a neutral lexicon of an analytical model developed by Harbonnier-Topin and Barbier (2012). Two main categories (noted above and below) matched this model. Further analysis found that each main category had two sub-categories, each with a number of strategies. After organizing the strategies according to the three levels (main category, sub-category, specific strategy), a description of how each strategy was used was determined.

The principle of informed consent is a cornerstone of ethical research conduct and in general, children involved in studies are considered to be disadvantaged populations who need protection because of their young age (Shperling, 2016; Buchanan & Zimmer, 2013). However, no informed consent was required in the current study since the videos are part of the public network and media database.

Following is a detailed analysis breakdown of one of the teaching strategies: slowing down and accelerating movements. (Note: these were usually done “in real time” during filming, but sometimes they were done during the editing process.) In other words, the movements are demonstrated at different speeds depending on the purpose. Sometimes they are slowed down so that the viewer can easily follow the movement; sometimes the movement is done faster to demonstrate how the movement, when perfected, should look or to show the skill that can be achieved. There are some HAD-TV where slowing down is the only strategy used. For example, Pintelz (Video 1) uses this strategy in every movement she teaches and Harry Flood (Video 3) slows down at each phase and adds a verbal explanation. In other videos, the children use both strategies in the teaching process: for example, Betsy Gin (Video 2) first demonstrates the sequence slowly while teaching the movements and then accelerates her presentation to show the entire sequence. Jasmine (Video 5) begins by performing a movement slowly, thus allowing the viewer to follow easily, later accelerating to allow building the correct skills. Go Boy (Video 9) also first performs the individual movements of a sequence slowly (while explaining every movement) and then accelerating. At the end, he first performs the whole sequence slowly in order to revise the movements and then performs them quickly to demonstrate how the final results look. Noam Amram (Video 10) starts with a quick demonstration of the whole movement, but then teaches it by starting slowly and then accelerating the movements until reaching the proper rate of performance. Amy (Video 11), Avi (Video 13), Alik (Video 14), Ella (Video 16), Shahaf (Video 17), Tal (Video 18), and Abigail (video 20) all teach the individual movements slowly, but when they perform them in sequence, they do it in the proper rhythm. Dan (Video 12) and Alona (Video 19) also begin teaching slowly and then accelerating the rhythm. Finally, Batzi (Video 15) method uses a unique method: he teaches a sequence of movements and performs each individual movement at a different rhythm. In this way, slowing down and accelerating the movements appear intermittently in the same sequence of movements.

The findings demonstrate that children learn and teach mainly through demonstration and imitation and intuitively know how to produce the same teaching strategies that have been used over the years in dance teaching institutions. The findings of the phenomenon of independent teaching-learning can illuminate meaningful learning processes, and thus independent learners may become helpful teachers who can provide insights into effective learning. The findings may contribute to the enrichment and accuracy of teaching strategies in education in general, in various fields beyond dance education. This paper finds that the media is a gainful arena that allows children to acquire 21st-century digital, creativity, partnership, and innovation skills.

Further studies can establish and extend this article's findings. These might include examining the relationships between teaching strategies and the videos' characteristics and features (gender, language, movement, music) or qualitatively investigating the experiences and the motives of children in independent learning-teaching. Finally, although the article’s findings are not generalizable, they present unique perspectives for understanding the independent learning-teaching processes of children.