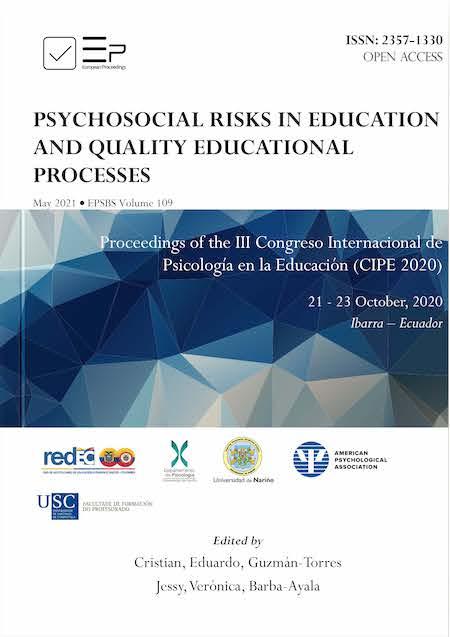 Educational Level and Food Security in the Northern Zone of Ecuador

The level of schooling (LS) of the heads of families determines the basic knowledge in nutritional education that is reflected when measuring food insecurity (FI). The objective of this investigation was to determine the LS, food security (FS) and adequacy of energy and macronutrient consumption in the Northern Zone of Ecuador. The study was descriptive, cross-sectional, in 826 families, the ELCSA scale was used to measure FS and the 24-hour reminder to identify the percentage of adequacy of energy and macronutrients. Among the results, the mean age of those surveyed was 48.66 ± 16.06 years, 69.25% women, 63.56% had primary schooling (PS), 28.09% secondary schooling (SS) and 8.35 % without study (WE). The sizes of the families were: small (41.89%) and medium (47.94%); the majority of them dedicate to household chores (41.16%) and agriculture (34.62%). There were statistically significant differences (p = 0.001) between the degree of moderate FI in people without studies (40.60%) compared to those of primary (25.30%) or secondary (28.90%), as well as a higher level of schooling could be associated with greater Food Security (secondary 14.20%) compared to less education (primary 7.40%) or without studies (4.30%). No differences were found between the adequacies of energy or macronutrient consumption between the different LSs. The level of schooling of family representatives influences household food security, but not energy or macronutrient consumption.

Research has also argued that illiteracy causes limitations in the knowledge and practices around self-care, especially that of women, triggering problems in the health, hygiene and nutrition of their home (Nuñez & Chapiliquen, 2017).

On the other hand, other studies have shown that there is an association between maternal schooling and child malnutrition (Calero, 2011; Chinnock et al., 1999). So much so, that the United Nations (UN) and (UNESCO) report that when mothers are educated and in good health, their children are more likely to follow the same trend, they are more likely to acquire a better paid employment and better salary, positioning them in a better socioeconomic stratum with the possibility of offering better living and health conditions to their children and, consequently, maternal mortality is reduced, child nutrition improves and there is greater food security (Nuñez & Chapiliquen, 2017).

It has also been confirmed that maternal education is one of the main determinants related to child malnutrition. Furthermore, children whose mother has a better level of education have been shown to be more likely to consume optimal amounts of protein, calcium and vitamins, necessary for adequate physical and psychological growth.

It is necessary to determine the level of schooling and the socioeconomic status of the mother and, consequently, the relationship they may have on the nutritional status of her children, since these factors are considered to be at risk for the development of child malnutrition (Food and Agriculture Organization of the United Nations [FAO], 2012, p. 13).

The role is a link that the individual establishes to communicate and face the world, and that in this way allows him to fulfill different functions, duties and rights that have been projected into the family and social nucleus during his bio-psycho-social development. For this reason, under the expected behaviors and the norms prescribed by society, the structure that defines the roles is formed. These possess properties; for example, they are culture-specific, generally occur in complementary pairs, and allow the individual to play multiple roles at once (Freire et al., 2014).

Of the dimensions underlying the measurement of Food Insecurity based on the experience of households. It is suggested that households initially experience uncertainty and concern regarding access to food. Given the restrictions they experience, they make adjustments in the quality of the food they eat, and stop eating a varied diet (González-Pastrana & Díaz-Montes, 2015). As the severity of food insecurity deepens, the adjustments affect the amount of food consumed, the rations eaten are decreased, or meal times are skipped (Guardiola & Gónzález-Gómez, 2010). Later the hunger is present without being able to satisfy it. Ultimately, each of these dimensions comes to affect children, after it has affected adults. In other words, children are protected, especially by the mother, until food insecurity reaches levels of severity that make it impossible to protect them (Martínez & Fernández, 2010).

What is the level of education of the investigated subjects

What is the level of food safety of the investigated subjects

What is the adequacy of energy consumption and macronutrients?

The objective of this investigation was to determine the NE, food security (FS) and adequacy of energy and macronutrient consumption in the Northern Zone of Ecuador.

This research is a descriptive cross-sectional study in 826 families in rural areas of the Imbabura and Carchi provinces, located in the “Sierra Norte” Region of Ecuador.

In order to carry out this investigation, the authorities and community leaders were coordinated, informed consent was applied to each of the family heads, and families who lived permanently for at least 5 years in the study places participated in the investigation. Children under 3 years and pregnant women were excluded.

To measure the degree of food insecurity, the Latin American and Caribbean Food Security Scale (ELCSA) was used, a validated and standardized instrument for Latin American countries. To determine the adequacy of energy and macronutrient consumption, a 24-hour dietary reminder was applied. Home measurements of portions of food consumed were transformed into grams of nutrients with the help of the chemical table for the composition of Ecuadorian foods.

To obtain the adequacy percentages, the energy and nutrient recommendations for each subject according to their sex and age were compared with the actual intake values. The cut off points were established as undernourishment (<90%), adequate (90 to 110%) and overfeeding (> 110%). Additionally, social demographic data was collected.

Statistical analysis was performed using SPSS version 25 in Spanish for Windows. The data are expressed in frequencies and percentages for descriptive variables. In addition, the comparison of proportions was performed using the Pearson's chi-square test, after fulfilling its assumptions. P values ​​<0.05 were considered significant.

In Table about of the sociodemographic characteristics of the study population, we can highlight the predominance of women, heads of families, married women, mixed race persons, of primary schooling, dedicated to household chores or housework.

Data reported in ENSANUT 2011-2013 that showed in relation to the educational level of the mother and the head of the household, shows that in rural areas there are a higher proportion of mothers and heads of household who have at most level of education attained complete primary 52.9% and 56.2%, respectively (Nova-Laverde et al., 2019). On the other hand, the level of secondary education is around 30%, in the heads of the household.

Comparison of proportions through Pearson's chi-square

Figure 1. Shows the statistically significant differences (p = 0.001) between the Level of Food Insecurity and the level of schooling of the heads of families, identifying a higher percentage of Food Security as their educational level. Heads of families without studies present 4.3%; Household heads with primary education 7.4%, and household heads with secondary education present 14.2% respectively.

Comparison of proportions through Pearson's chi-square

In table , No statistically significant differences were found in terms of dietary consumption between energy (kcal) or nutrients and the level of schooling. A greater distribution of people in the range of undernourishment was the behavior regardless of their level of education both in energy and nutrients. However, a certain tendency to a possible difference in the percentages of adequacy of fats and carbohydrates could be noted with a higher percentage of people of higher education level in the range of overfeeding (22.80% and 19.40% respectively) compared to people without studies or at primary schooling.

Similar results were found in the study that compared the methods to measure food consumption in a rural Costa Rican area (Paredes Estigarribia et al., 2017), in which the results indicated that there were no statistically significant differences between both methods to determine food and nutrient consumption; Due to these differences, the Apparent Food Consumption method overestimated the average amount of energy, carbohydrates, calcium, phosphorus, and thiamine.

The level of schooling of the representatives of families in the Northern Zone was mostly at the primary and secondary levels. Moderate food insecurity was significantly higher in people without studies compared to those at the primary or secondary level. Furthermore, a higher level of schooling increases food security compared to those not studied. However, the adequacy of energy and macronutrient consumption did not show differences with schooling levels.

Social inequality is a problem inherited from colonialism, so it would be convenient to undertake structural measures, so that the most disadvantaged to can benefit from educational and work opportunities (Macías, 2004).

More research is required in this area and in this type of population to compare or corroborate the results found in this research and subsequently generates strategies or policies that guarantee the education and food security of Ecuadorian households in rural areas.