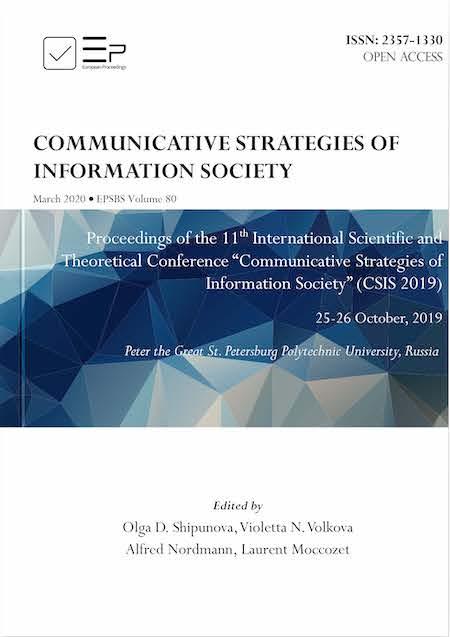 The objective of this paper is to reveal the basic problems connected with the study of communicants' axiological activity in intercultural communication. The present article also deals with the questions concerning the cognitive basis of evaluation, the peculiarities of its specifics and language representation. The description of axiological activity of a person is given taking into account such parameters of evaluate description as cultural stereotypes, ideals, norms, national and territorial distinctions between different social groups. The authors attempt to make a distinction between the language and cognitive contexts and specify the importance of the context in evaluate sense creating in the sentence-utterance. Great attention is also attached to the description of the nature and structure of evaluate concepts and categories. After consideration of the theoretical assumptions of the paper, reflected in the fundamental scientific works of domestic and foreign linguists, the article examines the empirical evidence on evaluate categorization. Evaluate concepts and categories are viewed as the most fundamental ones in the conceptual system and have great impact on the evaluate meaning formation in the language. When studying evaluate categorization in the aspect of intercultural communication, we demonstrate the usefulness of cognitive approach, because it makes possible to consider the role of a person in comprehension and creation of the evaluate senses.

The study of evaluate categorization of reality in the aspect of intercultural communication requires the involvement of knowledge of various scientific researches (van Dijk, 2008, 2009; Hofstede, Hofstede, & Minkov, 2010; Langacker, 2015; Geeraerts, 2016; Besedina, 2019). In this article, evaluate categorization is considered from the point of view of the cognitive approach. The latter allows us to identify the specifics of the representation of human knowledge, including evaluate knowledge, in the semantics of linguistic units. The prospect of the cognitive approach in this study is due to the fact that it gives the opportunity to assess the human role in the perception and evaluation of reality. It also explains the formation of evaluate knowledge which is based on the interaction between cognitive and linguistic mechanisms. The identification of these mechanisms that ensure the formation of evaluate categories seems to be the most promising in the framework of the theory of evaluation developed by prof. Boldyrev in line with the anthropocentric approach (Boldyrev, 2002, 2005, 2017). In this section we will present some issues of this theory.

We start by considering fundamental assumptions upon which the theory rests. The first basic assumption is that evaluation takes the major part among the important components of the conceptual system of a man. It is formed as a result of the conceptualization of reality from the value point of view, i.e. from the position of the system of opinions, norms and assessments of the person (Boldyrev, 2005). The second assumption is that evaluate categorization of reality is focused on both collective and individual knowledge (Boldyrev, 2002). The third assumption claims that the evaluate categories are dependent mental formations which have some peculiarities in the structure (Boldyrev, 2005). We consider one more important assumption. It states that the formation of evaluate categories is based on certain cognitive and linguistic mechanisms. In this study we also demonstrate a close connection between cognitive semantics and intercultural communication (Boldyrev & Dubrovskaya, 2015, 2019; Boldyrev, 2016; Boldyrev, 2017b).

With these generalities in mind we will turn to some issues, concerning the presentation of evaluate categories in the framework of cognitive theory of evaluation.

The aim of the present paper is to study and describe the process of evaluate categorization as a way of formation of evaluate senses in the language in the aspect of intercultural communication. Our assumption is that cognitive and linguistic mechanisms reveal different conceptual content of evaluate categories. This difference in the content of the evaluate concept and the relevant category is due to socio-cultural specificity, i.e. a certain conceptual configuration of knowledge of a certain society.

Evaluate categorization in the aspect of intercultural communication

The development of linguistics is now inextricably linked with the study of the specific mentality of individual social groups. The emergence of cognitive approach in linguistics allows us to take a fresh look at the object of linguistic research - language. Within the framework of this approach, it is considered as a source of data on the nature of the human mind, on the course of not directly observed mental processes (Kubrjakova, 2004). It follows that the study of linguistic phenomena is associated with the appeal to the knowledge of non-linguistic, encyclopedic nature (Boldyrev, 2016b, 2019).

Many philologists emphasize the close connection of language meanings to human interpretive activities (Jackendoff, 1995; Boldyrev, 2017a). This means that a language expression acquires a specific meaning only within a certain conceptual system. The latter is determined by the knowledge of the cultural character, which is reflected in the national language. It reveals the cultural characteristics of the certain social group which can also be reflected in the value judgments about the world. All communicants have specific vision of the world; they are characterized by a certain set of discursive strategies. However, this or that realization of communicative competence is always culturally conditioned. Thus, the reality around us in one act of intercultural communication can receive fundamentally different interpretations.

Obviously, an even more difficult task is to study the axiological activity of communicants in intercultural communication. This is due to the presence of not only objective, but also individual knowledge of a communicant. The objective nature of knowledge is determined by different types of society: cultural, national, territorial, social community of people. In this case, the individuality of knowledge means the individuality of the configuration of collective knowledge in terms of volume, content and interpretation in the conceptual system of each individual (Boldyrev, 2016).

It is important to note that the definition of structural features of evaluate concepts is associated with the specifics of their nature. Therefore, the identification of the nature, description of the structure and content of concepts is possible based on the language level. This is because language provides an access to the description and definition of the nature of concepts (Jackendoff, 1993). A person does not reflect the world in language but designs it in the consciousness by means of language (Boldyrev, 2015a; 2015b, 2016a).

The specificity of evaluate concepts is that they have a non-independent, relational character (Boldyrev, 2005). This means that the disclosure of the content of the evaluate concept, and therefore the identification of its structural organization, depends on the other conceptual structure with which it is associated. Evaluate concepts are the result of rethinking of real objects and phenomena from the perspective of the system of human values.

It’s time to analyse the processes and mechanisms of generating evaluate senses and meanings in a sentence. The remainder of the paper will develop the details.

The evaluate categorization of objects and phenomena and the formation of a specific evaluate meaning is based on certain cognitive and linguistic mechanisms. The cognitive mechanisms of evaluation categorization include: highlighting (central or peripheral characteristics), comparison, metaphorical comparison, metonymic transfer (Gavrilova, 2005). It is important to note that the allocation of central and peripheral characteristics of the evaluated structure depends on the cognitive context. The cognitive context is understood as the cognitive structures or blocks of knowledge which underline a certain language meaning and provide its understanding (Boldyrev, 2019). In the language, the formation of a certain evaluate meaning is due to the language context, explicating and concretizing the evaluate characteristic at the expense of the semantics of some linguistic units.

The formation of evaluate sense is possible on the basis of the allocation of individual, peripheral characteristics, which are explicated by descriptive adjectives: (Bronte, 1992, p.104). The use of evaluation specifiers of meaning ( indicates that the speaker correlates the explicable characteristics not with the center of a certain evaluate category, but with its periphery. In this case, the evaluate categorization is based on subjective knowledge.

The formation of evaluate meaning on the basis of peripheral characteristics is carried out by comparison, metaphorical comparison, metonymic transfer. At the same time, peripheral characteristics of one category may be central to another category and therefore become clear and easier to understand due to these mechanisms. Thus, the correlation with a certain evaluate category can be carried out by comparing the individual characteristics with stereotypical ideas about another evaluate category. The comparative constructions can be used as a linguistic mechanism that implements comparison:. In this example, a positive evaluation of non-professional activities is realized through comparison with professional activities (.

Evaluate categorization of objects and phenomena, which is based on metonymic transfer, involves the interaction of two conceptual structures within one (evaluated), where the evaluation of one of the structures is transferred to the other. In the case of valuate categorization, based on metonymic transfer, the valuation of the WHOLE is determined by the valuation of its PARTS. The implementation of the evaluate sense based on metonymic transfer in the sentence is due to the evaluate nomination, namely the lexical semantics of the unit representing the object of evaluation, and the semantic components of the evaluate adjectives:. In the given example, the WHOLE is represented by the characteristic “time interval” and verbalized by the noun. It is evaluated through a series of situations, that is, its constituent PARTS having an event characteristic ().

The formation of evaluate meaning on the basis of metaphorical comparison involves the transfer of characteristics peculiar to the source region (object of comparison) to the target region (evaluated object). In this case, the evaluate categorization is carried out by attributing to the evaluated object an alien characteristic of the source region:. Characteristic “belonging to the objects of the animal world” is transferred to an unusual object “man”. As a result, the latter receives an appropriate evaluation. At the same time the object does not change its ontological status, it is only attributed to a certain positive or negative characteristic peculiar to another category of objects.

Thus, the findings of our research reveal how the processes of evaluate categorization are manifested in the language, on which conceptual characteristics a person relies in the process of generating an evaluate statement, which of them are implicit in language units, and which are explicit. In the article we have considered what constitutes the nature of evaluate concepts and categories, and how a person conceptualizes the relationship between the real world and its objects and the inner value world.

This research reveals the cognitive basis of evaluate categorization, gives us an insight into the specifics of the formation of evaluative meanings in the language, which plays a significant role in the study of intercultural communication. We have laid special emphasis on the fact that each person in his own way structures the life experience associated with the evaluation. However, it is important to note that such structuring is due to the use of certain cognitive and linguistic mechanisms of generating evaluate meaning. The results of this study attempt to provide a better understanding of these cognitive processes. In the article, we have tried to emphasize the importance of studying the specifics of the structure and content of culturally-based evaluate concepts and categories that ensure the most effective implementation of the process of intercultural communication. We have also demonstrated that evaluate categorization is one of the most important units in the human’s conceptual system.