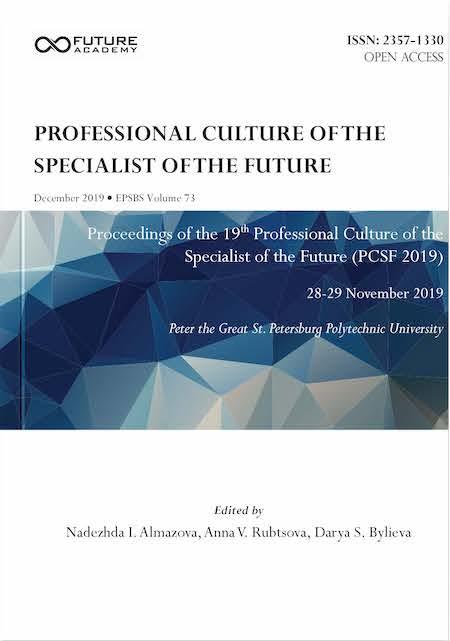 First of all, in the process of a step-by-step research it was taken into account, that remaining stable while throwing basic punches (jabs) in conditions of functional stress of various types is complicated but manageable. Regardless of weight class each boxer in order to solve this problem turns his movement pattern into a complicated dynamic process, in which projection of body’s center of mass continuously and inevitably fluctuates. Data received in laboratory conditions evidence, that the skill of balance retention brought to automatism for many years of training is unstable to vestibular stresses. Combined analysis of muscle electric activity, kinematics and jab stabilography allowed to evaluate features of intramuscular coordination and adaptation stage of various weight classes boxers to vestibular stresses. In this regard, it is necessary to study and specify the objective factors for the effectiveness of the implementation of technical actions in boxing, in particular, with a direct basic strike by athletes of different weight categories.

The lack of objective and comprehensive information about the mechanisms for controlling motor actions in different weight categories of boxing reduces the effectiveness of the training process and the formation of the skills of athletes.

There are following research tasks in this study:

The purpose of the study is to determine the features of the biomechanical and physiological characteristics of jab technique in boxing, performed by athletes of different weight categories.

In the process of carrying out a stabilography of a jab performed by different weight classes boxers, the main characteristic of equilibrioception was the quality indicator of this function (Dvejrina, 2018; Medvedeva & Terekhin, 2016; Stepanova, Ogurcova, Saikina, & Puhov, 2017). Comparative analysis showed that maintaining the balance affects both the weight of the athlete and the nature of the preload (table ).

Conducted stabilography allowed to establish unequal reactions of different weight classes boxers to vestibular stress and to suggest that this factor affects the effectiveness of a jab. In this regard, an analysis was made of the duration of the jab in series of movement exercises (Table ). It was revealed that after the vestibular stress only light and medium weight class boxers maintain and increase the speed of the realization of the movement exercise, and the heavyweight reduces it more than twice.

Considering that the temporal parameters of movements are predetermined by the nature of muscle activation, the study tested the assumptions about the effect of vestibular stress on intramuscular coordination and the effectiveness of controlling the movements that underlie the basic punches. Analysis of electrical activity of the muscles of the upper shoulder girdle in various conditions of the vestibular stress (table ) allowed to evaluate the degree of its adequacy with regard to the movement exercise.

Based on the analysis of the electrical activity of boxers’ muscles while performing a jab, the performance of muscle reprocity, characterizing their intramuscular coordination in the «agonist-antagonist» system, was calculated (table ).

Given that the balance of the boxer’s body allows you to distribute the muscular efforts, concentrating them in the right direction, at the initial stage the quality indicators of equilibrioception were analyzed. The highest performance when performing a jab regardless of the vestibular stress was the middleweight boxer’s one and the lowest for an athlete of a lightweight class. In this case although the heavyweight boxer’s values were twice as low, than middleweight’s, but they were the most stable in the series of control exercises.

Due to the increase in fluctuations in equlibrioception the lengths of the trajectories of body’s moving points links increased, and this process influenced the temporal characteristics of the technical routine, performed by athlete. At the same time, a comparative analysis of the duration of a jab, performed by boxers of different weight classes, made it possible to identify specific features in the development of this trend. It has been established that the jabs speed performed by heavyweight boxer decreased after stress from 3.1% to 134.8% (by 0.02-0.31 s). Change in the middleweight boxer's jabs after the stress was minimal (0.04 s and 0.05-0.07 s, respectively). The greatest changes occurred at the lightweight boxer (by 39.6% -41.9%), but they were characterized by an increase of the jab speed.

The analysis of the average amplitude in muscles electric activity turns when performing a jab without preliminary stress made it possible to establish that the jab technique, while having structural unity among boxers of different weight classes, had differences in ratio of the activation rate of the muscles involved in punch. Regardless of the weight class the general trend is increased electric activity of the left (working) arm’s muscles and reduced of the right arm’s muscles. However, if the heavyweight and lightweight boxers had biceps muscle activity less than triceps, then the middleweight had the opposite. After preliminary stress 96.67% of the lightweight boxer's muscles increased their activity, 83.33% of the middleweight boxer's muscles, and only 13.33% of the heavyweight boxer's muscles.

The greatest increase of muscle activity was observed in the characteristics of the middleweight boxer after the vestibular stress, associated with the left-right head tilt (60% of the muscles), but it didn’t lead to an increase in the speed of punch. And, on the contrary, in jab after tilting the head back and forth, where the lowest duration indicators were recorded, the highest indicators were recorded with maximum activation of only the left deltoid muscle.

Analysis of the boxer’s muscles reciprocity allowed to establish the causes of the identified trends. It was revealed that differences on adaptation capabilities determine both different degrees of freedom of body joints and excessive stiffness, tension, which are causes of unreasonable muscle activation and excessive energy expenditure, and, as a result, a reduction in the speed of punches (Kirchgassner & Wagner, 1971; Kuznetsov, Mutaeva, & Kuznetsova, 2017; Kuznetsova, Kuznetsov, Mutaeva, Khalikov, & Zakharova, 2015). So, heavyweight and middleweight boxers in 54% and 79% of cases (respectively) had higher muscle reciprocity, which did not contribute to the long-term high dynamics of techniques and implementation of tactical plans.

Statistical analysis of the reliability of changes in the jab speed after stress confirmed that each weight class is characterized by instability to certain vestibular stresses. The most resistant is middleweight boxer. The analysis of the electric activity values during the performance of the basic punch showed that, despite having common movement technique structure, athletes of different weight classes demonstrate different specifics in muscle activation. In this case, the preliminary functional stress affects intramuscular coordination of boxers in different ways. This fact confirmed the differences in technical preparedness, reaction of different weight classes boxers to stress and the degree of their adaptation to it. In the course of the study, the need for differentiated approach to improvement of preparedness of highly skilled athletes of different weight classes was confirmed, taking into account the specifics of their intramuscular coordination and level of adaptive abilities to vestibular stress.