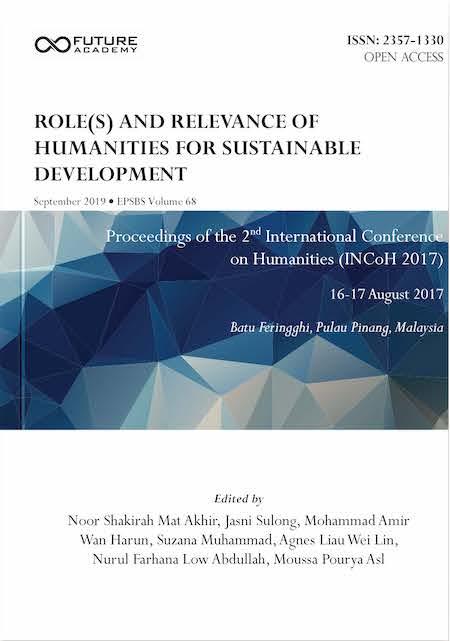 Dengue fever is one of dangerous mosquito-borne disease and has become major important challenging public health problems in Malaysia especially in the fast developing city like Penang. This study is to incorporate of the systematic effective approach by using Geographic Information System (GIS) application as a tool in order to help the process of data collection, data processing, data analysis and mapping study using the software ArcGIS 10.1. The role of GIS applications in producing an analysis in the form of mapping that allows viewing and analyzing data on mosquito vectors of dengue in the study area. The result of this mapping indirectly helps in pattern distribution of dengue vector and predicting the location of potential as a hot spot location of this mosquito-borne outbreak. An analytical statistic of Statistical Package for the Social Sciences (SPSS) was demonstrated the perimeter use in this study and comparison result between GIS application and SPSS was analysed. Through the study, the potential of the approach of GIS applications in the management strategy for dengue control operation and a program of an appropriate vector for dengue solve the problem that is increasing every year.

In this study, GIS is used as an aiding tool in data collecting, data processing, analysis and mapping by using ArcGIS 10.1 software. GIS application enable the processing of spatial and non-spatial data to generate the information in the form of dynamic mapping series as well as static mapping for visual data presentation that are presentable and easy to understand by various level of society. Furthermore, the mapping also assists indirectly in predicting the potential areas that are exposed with dengue outbreak.

At the end of this study, the role of GIS application were highlighted as it generates the analysis in the form of mapping that allow the illustration and data analysis of mosquito vector and dengue outbreak at the study area. The potential of GIS application can be used as a strategy management in controlling dengue cases in various vector control program that are appropriate in order to resolve the increasing cases of dengue outbreak.

Recently, vector borne diseases such as dengue fever and dengue haemorrhagic fever are identified as the highest cases in most of the Asian country including Malaysia. According to the data by the Ministry of Health Malaysia, it showed the increasing of cases in dengue fever by 22.8 % (14,982 cases) that the total cumulative cases of dengue fever from January until 29 August 2015 is 80,654 cases compared to 65,672 cases in 2014 on the same timeline. Meanwhile, a total of 3 death cases were reported until last week. The total cumulative death is increasing at 91 death by 71% up until 29 august 2015 is 219 death compared to 128 death on 2014.

Premise surveillance has been conducted from January to June 2015 showed that a total of 35094 premises are positive with breeding activity. Most of the cases recorded are from residential area with 55% cases followed by vacant lots (22%), construction site (2%) and landfill site 3%. The artificial breeding sites ofmosquito found including plastic food container, polystyrene, water tank, pail and vases are the most breeding sites found at the residential area. It has been reported by (KKM, 2015) that Pulau Pinang is one of the 10 states that have the increasing case of dengue fever with 23 cases or 21.5% from January to Jun compared to the preceding year.

The increase of dengue fever outbreak is influenced by the environmental factor as well as the development activities. The environmental factors including temperature, rain distribution, residential area, demographic structure, domestic waste disposal management and population are affecting the breeding activity and survival of mosquito (Gubler & Meltzer, 1999). These factors have caused a serious dengue fever epidemic towards a population (Seng, Chong, & Moore, 2005). The rapid and uncontrolled development activities in urban area are the main factor contributing to the increasing cases of dengue fever in Pulau Pinang. The modern urban landscape has indirectly changed the biology of by providing various types of breeding site (Carbajo, Curto, & Schweigmann, 2006). Furthermore, the inefficiency of waste disposal management provides a potential breeding site of larvae especially for. This is one of the challenges in implementing the control program as a preventive measure of dengue outbreak against dengue vector (Bohra & Andriansolo, 2001).

The agency such as the District and State Health Department is still using a conventional surveillance as their work practice. Mapping and visual presentation analysis by using a spatial-based technology application is still not fully utilize and implement in monitoring, management and research of vector control program. Moreover, the monitoring and control program of dengue outbreak today focuses more on controlling the identified mosquito population has causing the spread of dengue outbreak to a lower and stable population.

Geographic Information System (GIS) enables mapping for spatial visualization by using ArcGIS 10.1 software. This user-friendly software can also manage and update the data on entomology and epidemiology in order to predict the vector exposure and dengue outbreak in a location accurately (Chang et al., 2009). The extensive study has been done by using GIS in controlling vectors and vector borne disease. However, the potential spatial-based technology like GIS still have not been given enough recognition in prevention and controlling vector program in this country (Eisen, Beaty, Morrison, & Scott, 2009)

In order to get the location precisely, the GIS application is using the Global Position System (GPS) that can assist in collection of fieldwork data on dengue distribution cases based on the report. GPS technology is suitable to use as it integrates with GIS application made it easier in database processing for visualization and analysis (Morrison, Zielinski-Gutierrez, Scott, & Rosenberg, 2008). In addition, the approach used in GIS has enable the various types of data and information regarding spatial location, the potential and related statistical analysis and the development of database that can easily be managed and update for the use of the District and State Health Department. It is also can be used to monitor the dengue outbreak as well as the identified potential location for dengue outbreak in the future. Therefore, this study was aimed to determine abundance of dengue vectors by investigate potential breeding sites in Balik Pulau, Batu Maung and Gelugor in Penang Island using GIS

Surveillance that has been conducted irregularly at Pulau Pinang is one of the factors contributing to the ineffective dengue control around this area. The convention method practiced by the agencies such as State and District Health Department is identified as the main contributor to the expanding dengue cases especially at the urban area. Therefore, a more systematic and effective approach is needed to improve the work practice

This study was conducted at Pulau Pinang covering the area of various public premises such as residential area, school area, recreational area and restaurant area. The data of vector were obtained from the surveillance of potential breeding site at the urban, sub-urban and rural areas. The environmental factors that are affecting the potential breeding site in study areas were identified .During the surveillance, the natural breeding sites and artificial sites were studied. The reservoir as types of breeding site was determined by the absence and presence of larvae obtained by using pipette or bailer depending on the reservoir types and study areas. The data of density distribution, type, location, size and condition of the water in the reservoir as a potential breeding site were recorded. The larvae and pupae were collected into the universal bottle with their ecological information and further research was conducted in the laboratory. The mosquito larvae were identified at the species level using the identification keys by (Mattingly, 1967; Slaff & Apperson, 1989). The geographical distributions of the specimen were collected and the mapping of mosquito distribution and dengue risk modelling of every study site were generated by using GIS.

Apart from the geographical data, abiotic and biotic factors (temperature, rain distribution, land use, land cover etc) of urban, sub urban and rural area were measured and analysed to identify the relationship between population density and the diversity of mosquito. The data collected by using GIS throughout the sampling period were used to identify the relationship between the density of mosquito eggs at study sites with the potential breeding site of vector in case of any outbreak in the future.

In order to get the data from Global Positioning System (GIS), the location data for the distribution of dengue fever is required. The GPS coordinate system is suitable for analysis application by using ArcGIS 10.1 software. Coordinate data is very important to show the spatial relationship in a location. The geostatistical approach for spatial analysis and mapping were used in this study to identify the relationship between factors affecting the distribution of dengue fever cases in Pulau Pinang. Data obtained from fieldwork were combined with data obtained from related agencies to produce a database by using GIS application that enable collection, storage, analysis and presentation of analysis that are spatial-based.

b. Pattern Distribution of Dengue Fever

Apart from determining the pattern distribution of dengue cases, GIS analysed the most affected areas of vector-borne disease outbreak based on the number of recorded dengue fever cases. In this case, the spatial analysis in ArcGIS 10.1 software was used by using Kernel density interpolation techniques which allows analysis to be carried out using the data through visual mapping and aid the analysis interpretation.

This analysis was conducted using Getis-Ord Gi statistic that can effectively show the areas with the highest and lowest dengue cases (Jeefoo, Tripathi, & Souris, 2010). This method is the most appropriate technique to determine the potentially high and vulnerable areas with dengue cases according to the result from the mapping (Burrough & McDonnel, 1998). By using this application, the frequency of dengue fever cases and the hotspot areas can easily be predicted (Wen et al., 2006).

The highest number of at Gelugor are 392 (Figure ) and the lowest number of are 36 (Figure ) were identified during study. While, Figure show the population distribution of.

Dengue disease has constantly ascent, transmitted by and worldwide especially in the tropical developing countries (Chang et al., 2009) The total number of and at the study areas from January 2017 until June 2017 are 5616 and 385 individuals respectively . Every study areas has the highest and the lowest site of number of and collected. The presence of water holding container at study areas are the cause of the increasing of potential breeding sites of mosquito. This study revealed the abundance of breeding sites which are artificial and natural breeding sites influence the population of. The example of artificial breeding site found is polystrene and natural breeding site such as falling leaves containing collected clear rain water could be the spot for mosquito for hatching in

Throughout this study, and were found cohabitat various breeding sites of differnt type and size at study area. Klowden (1993) also recorded both species of and also residing similar ecological niche.