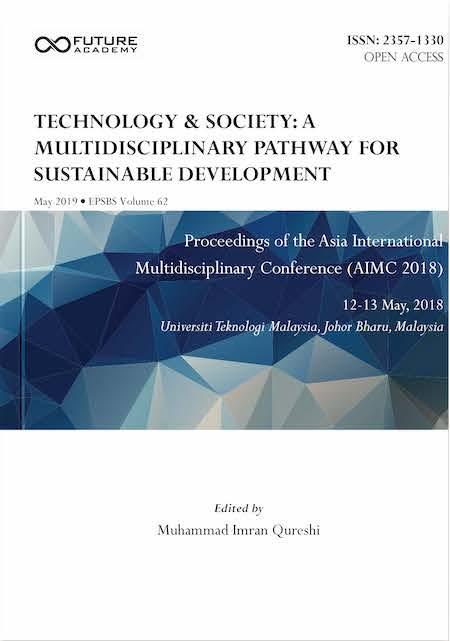 In era of technology, the use of internet has made revolutionary changes in today’s world, especially for recruitment process. Previously, job seekers need to go organization to seek for job and find the vacancy manually (Brahmana & Brahmana, 2013). This gives companies a significantly disadvantage on taking more time to target the right people and high cost on doing promotion. Therefore, to ensure that job seekers get the jobs they want, business companies are desperate to attract new knowledge workers to achieve competitive labor market potential. As a result, more companies are implementing technology to recruit new workers from Technology Recognition Technology (TAM) who are forced to use technology. Farahat (2012) stated there are 93% of 500 global companies use the advance of internet and new cloud-based technology for recruitment process. Moreover, Maurer and Liu (2007) reported 87% new employees are hired when using online recruitment. Hence, job seekers are more prefer to use online recruitment for vacancy searching compared to traditional recruitment.

According to the study of Batkovic and Batkovic (2015), the relationship between perceive compatibility to intention to use through perceive of usefulness is not direct. Wu and Wang (2005) indicated that perceive compatibility was directly influence the perceive usefulness of E-marketing (Kanchanatanee, Suwanno, & Jarernvongrayab, A., 2014). The study of Plouffe et al. (2001) stated that a greater adoption intention than traditional TAM construct do in the diffusion of innovation theory. The study of Chen, Gillenson, & Sherrell, (2002); Wu & Wang (2005) indicate the construct is to determine the perceive usefulness of mobile-retail (Batkovic, 2015).

H1: Perceive compatibility had significant relationship on the perceive usefulness of the system.

Ramayah and Ignatius (2014) also conclude that there is a positive influence on the perceived ease of use of online shopping. This is because internet users are trying to create perceptions about Internet spending based on their experience in making online purchases and the ease in which the task is implemented and easy to understand. Based on the above review, hypotheses are summarized as below:

H3: Perceived ease of use has a significant positive relationship on the perceived usefulness of the JobsMalaysia system.

Juniwati (2014), found that perceived ease of use had a huge impact on online shopping attitude. More people who see technology are easy to use, their positive attitude towards technology (Davis, 1989; Juniwati, 2014). Therefore, it is similar in the context of online purchases; because people see that online shopping can access websites, learn techniques, compare products and prices, to bargain the favorite product, their online shopping attitude tend be more positive. In addition, Teo's research (2011); Seif, Sarmadi, Ebrahimzadeh, and Zare, (2012); Elkaseh et al. (2016) identified a direct effect between easy to use and attitudes in the perspective of e-learning acceptance and aspects affecting teachers and students using technology. Elkaseh et al. (2016), found that easy-to-use affects student attitudes towards behavior using e-learning in higher education in Libya.

H4: Perceived ease of use has a significant positive relationship on attitude towards using the JobsMalaysia system.

Referring to the ease of use is defined as the extent to which people trust usage of multiple systems is a business (Davis et al., 1989; Al-wain & Alnawas, 2013). According to research conducted by Igbaria & Iivari (1995); Porter and Donthu (2006); Al-alak and Alnawas (2013) shows that users can avoid learning something new due to the complications and threats related with studying the problem. According to previous studies conducted by Wang et al. (2003) and Amin (2009); Al-alak and Alnawas (2013), reports that ease of use has a great influence on behavior and behavioral usability.

H5: Perceived ease of use has a significant positive relationship on intention to use JobsMalaysia system.

Farahat (2012) suggests Perceptions of Use has a direct effect on the determination of the intention of using mobile learning with Technology Acceptance Model (TAM). According to Technology Readiness Assessment (TRA), it is a controversy among researchers that the behavior of social media users using social media is decided by their intention to carry out their behavior and purpose, therefore, the function that benefit from social media. The benefits to be considered will be positive to the attitude of the user, so if suspected, the attitude will be positive. As a general rule, TRA proposes that more reasonable behavior is, more deliberately the person in the behavior of the questioner.

H6: Perceived usefulness has significant positive relationship on the attitude towards using of the JobsMalaysia system.

The technology acceptance model considers the use of exceptional technology, leading to actual use (Davis, 1989 Venktatesh and Davis, 2000). Users want to use all the technology because of its benefits, if one's perceived usefulness enables people to meet their needs more quickly, to reduce time for unproductive activities; so people often use it. Furthermore, the significant impact on the uses seen in behavioral intentions has been used to be verified by numerous studies by Lee, Yoon, & Lee, (2009); Li, Duan, Fu, & Alford, (2012); Saadé, Nebebe, and Tan (2007); Roostika (2012) also confirmed many previous studies which found that measurable values ​​had a significant effect on consumption. The ability to be considered the most proportionate contributes to the value of this research. Roca and Gagné (2008) also discovered that perceived usefulness was the sturdiest predictor of the intention to continue to study who are the workers from four international agencies of the United Nations.

H7: Perceived usefulness has significant positive relationship on the intention to use of the JobsMalaysia system.

Ajzen and Fishbein describe the attitude as an affective assessment of the task (Teo & Zhou, 2014). The attitude of the technology use denotes to the stage in which the user use technology and also not use the technology. Intent is the indicator of factors that want behavior through the use of technology. Theory of Reaction Action (TRA) shows that individual attitudes are a measure of behavioral tendencies as a function of their specific consequences. As TRA tells us, this relationship will be behavioral predictions when attitude and beliefs are defined consistently, and behavior is explained by time, purpose and context.

Attitudes towards TAM represent the attitude to the use of technology. Personal attitude plays important factor affecting one's behavior in receiving technology. Davis et al. (1989), Description of online user behavior determined by their attitude. Shen and Chiou (2015) find that attitude is directly related to the intensity of using a technology system based on positive behavior towards them. This is similar with prior unified studies showing a positive relationship between attitude toward usage and purpose of use (Cheung & Vogel, 2013, Chang, Yan Tseng, 2012).

H8: Attitude towards using has a significant positive relationship on intention to use JobsMalaysia system.

Sampling frame is the list of all the people in the appropriate population (Sekaran & Bougie, 2013). Researchers as the sampling locations for this research have chosen job seekers across Malaysia. Researchers selected the job seekers across Malaysia as the main sampling elements. However, the criteria for job seekers is wide, as it could be everyone across Malaysia, such as student, high school leaver, undergraduate of college or university, fresh graduate of college or university, employee of government or private organization and unemployed person. These population were targeted by researchers as they have experience and understanding in using the online recruitment system such as Jobs Malaysia and others system to search job vacancy. Thus, they may provide researchers with more accurate information through the survey instrument.

Whereas for convenience sampling, it is a non-probability design that acquired individuals or units conveniently available and the units selecting is made randomly (Sekaran & Bougie, 2013).

Due to the exact amount of target, population is unknown and infinite, thus the research will decide to use G power to calculate the sample size. According to G power calculator, it state that the power needed will be 0.85 and the G power result stated that the amount of sample needed for this research will be 120. However, researchers managed to proceed with the sample size of 150 as this will be more sufficient and more than enough to justify the reliability and validity of the research.

The questionnaires are set according to the theoretical frameworks that investigate the relationship between one of TAM determinants, which is perceived compatibility by Rogers (2003), perceived usefulness, perceived ease of use, attitude towards using and intention to use by Davis (1989).

Table will indicated the detailed information of all the job seeker’s demographics profile who involved in the data collection process.

Based on the study, researchers had used the Smart PLS version 3 to test hypothesis. The PLS software had been increasing used by business-related of investigation and it can be easily obtained through the internet. Before researchers measuring the outer model, researchers need to identify 3 important criteria which are convergent validity, composite discriminant validity and reliability (Silaparasetti, Srinivasarao & Khan, 2017). Full depictions of the SEM to evaluate outer Smart PLS model as shown as below.

From the table , it shows that the outer models variable is Attitude towards Using (ATU), Intention to use (ITU), Perceived of Compatibility (PC), Perceived Ease of Use (PEU), and Perceived Usefulness (PU). In all construct indicators, the value convergent validity must be with loading factor more than 0.5. In figure , researchers are aware that all data is accurate. In table , the loading results for all variables are greater than 0.6, which means that all these variables of the study are completely reliable.

From the table , it clearly showed the square root AVE value for individual construct is more than 0.5. Hence, the divergent validity was all been achieved. Besides, the table has pointed out that all variable have a greater value as compare to other constructs of their square root AVE value. As a conclusion, the criteria for the Partial Test Least Square Models with Outer size (Measurement Model) had all been met in this research.

The discriminant validity assessment has the aim to make sure a reflective construct has the strongest relationships with its own indicators such as comparison with than any other construct in the PLS path model (Hair et al., 2017). According to Campbell and Fiske (1959), they stated that the HTMT result less than 0.85 indicates that discriminant validity likely exists between the two scales whereas HTMT result greater than 0.85, will indicated that the two constructs overlap greatly and they are likely measuring the same thing. From the table , it clearly shown that all constructs were less than 0.85. Hence, researchers can concluded that the discriminant validity exists between all the constructs. In order words, most of the items of constructs were not measuring the same thing and it did not contains the overlapping items from the respondents’ perception in the affected constructs.

R Square used to identify the coefficient for determination in the dependent constructs. According to Chin (1998), he state that for a strong R square need 0.67, while for moderate need 0.33 and for a weak R square need 0.19. Besides, according to Hair et al. (2016), the R square of 0.75 is strong, 0.5 is moderate, and 0.25 is weak. Next, Falk and Miller (1992) recommended that R square should be equal to or bigger than 0.10 in order, for the variance explained of a particular endogenous construct to be deemed adequate. Hence, based on this study, the R square for researcher’s study is moderate (0.438).

The output for the hypothesis testing with the bootstrapping was obtained by using the Smart PLS version 3 software.