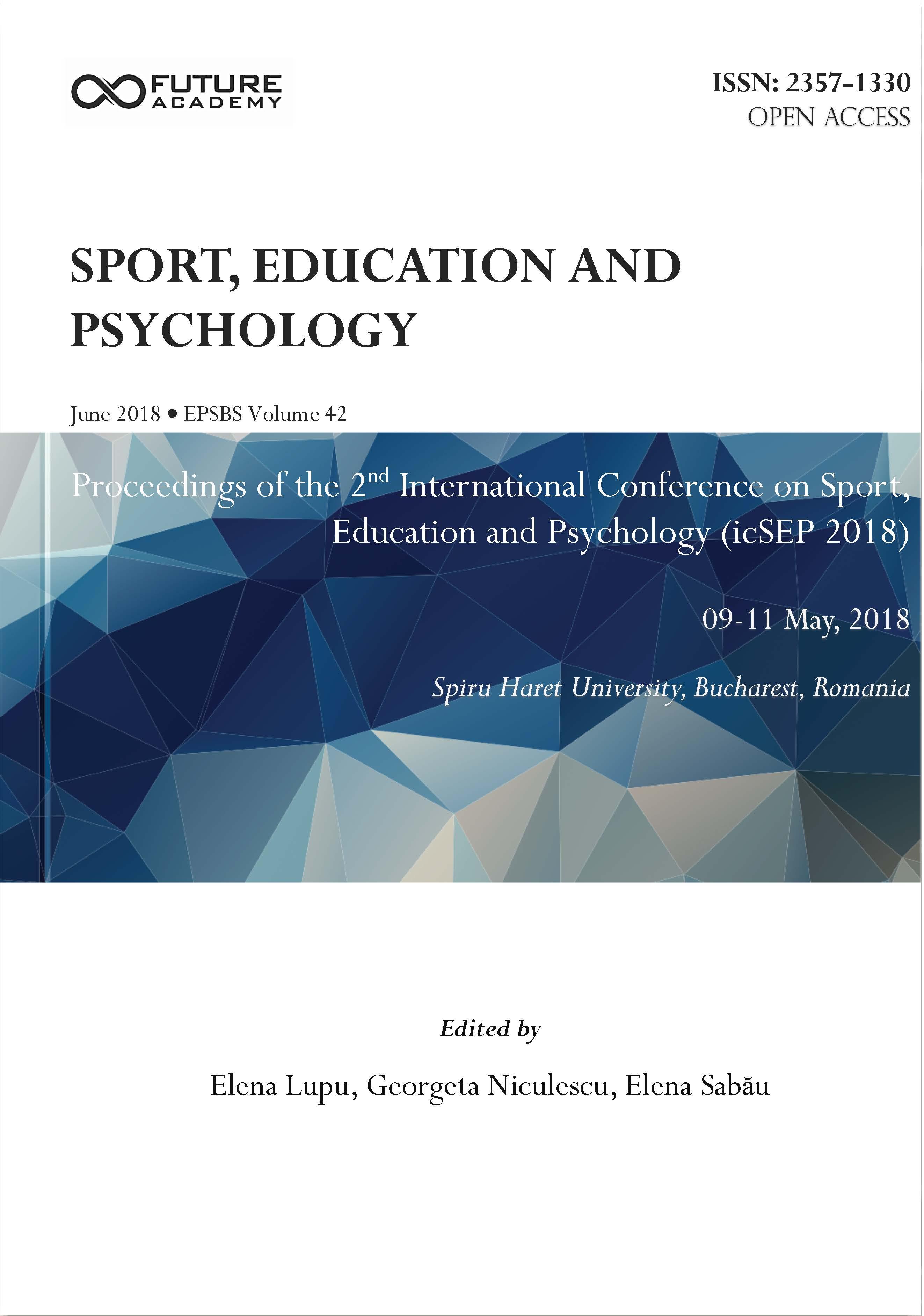 This research emerged from the need to develop new physical training strategies to increase long-term sports performance, because muscular training is the foundation of sports performance. The comparative analysis of the physical characteristics of the junior volleyball players in Romanian teams, can lead to the identification of a model of a volleyball player which can be used as a basis of comparison with other teams. This study was undertaken to determine the level of physical characteristics of the subjects of the research compared to the players of the other teams in Romania. The aim is also to compare the jump and global movement index according to the formulas agreed on by the Romanian Volleyball Federation. The Romanian Volleyball Federation provided the data for 31 teams that participated in the Federation's control tests at the beginning of the 2014 competition year, these assessments being a condition for participation in competitions. This study evaluated the data of 23 teams, most of them competing in the same groups with National College Nicolae Titulescu (NCNT) from Craiova in Romania. Statistical analysis was performed through the SPSS v21. Statistically significant differences (p <0.05) were found for the jump to attack but also for those tests requiring explosive force at the lower limbs. Major differences were also noted for frontal flexibility. The results showed that the federation's teams were superior for almost test, except the one that assessed the speed.

Ways to improve sports training have resulted in volleyball becoming a real sport, but few know how much intelligence, work and dedication are required to make this sport a success (Gătej, 2011).

Volleyball is a sports discipline characterized by repeated jumping with maximum and sub-maximal effort followed by short pauses (Sheppard, Gabbet & Stanganelli, 2009). Thus, the volleyball player is obliged to make repeated maximum efforts (during the block or strike) for a period of about 90 minutes (Kaynak, Erylmaz, Aydogan & Mihailov, 2017; Polglaze, 1992; Vittasalo, 1987; Sheppard et al, 2009). These efforts require very good physical training to cope with the volleyball records. Physical training is therefore a component with a particularly important role in the preparatory process, which is the basis for the training of volleyball coaches (Ungureanu & Prisacaru, 2013).

Also, the physical characteristics of athletes are an important consideration for player performance (Gasparini, 2016) and the basis of sports performance is premised on the ability of the muscular system to provide muscle strength and maintain the physical activity (Hoffman, 2014). In volleyball, physical training is the foundation of the performance and crucial, especially at the junior level, in order to be prepared for the future senior championship games. This is because anthropometric variables can change during growth and physical abilities can be improved by the means of training but starting from position-tuned level can already make the difference in youth competition (Milic, Grgatov, Chamari, Ardigo, Bianco & Padulo, 2017). In volleyball, the most prominent physical characteristic that predict the physical performance determinants are variables related to speed, agility and body power (Barnes, Shilling, Falvo, Weiss, Creasy & Fry, 2007; Gabbett & Georgieff, 2007; Grgantov, Milic & Katic., 2013; Jakubsova, Vaverk & Jandacka, 2011).

There is no information about the national level of physical characteristics in Romania for volleyball junior players which prompted this research which aimed to identify the evolution of Romanian junior volleyball teams. Additionally, the study compared the national results with the National College Nicolae Titulescu team, its objective being to qualify at the final tournament.

Would the comparative analysis of the main physical characteristics of the junior volleyball teams in Romania lead to an understanding of the actual level of NCNT Craiova volleyball team in order to identify the weaknesses of the players?

The purpose of the research was to perform a comparative analysis of the physical characteristics of the NCNT Craiova team in comparison with the players of other teams in Romania, in order to develop certain guidelines for future trainings.

The assessment of the subjects was carried out by tests proposed by the Romanian Volleyball Federation, these being the explosive force, flexibility, speed, coordination and strength at the level of the back and abdomen.

The federation tests we took into consideration were the following:

From the strike momentum, a vertical jump is performed by touching one hand as high as the stretched arm. The best value from 2 attempts is recorded; Vertical jump on the spot, reaching the maximum point with 2 hands.With arm swing, jump on the vertical and reachwith 2 hands;- From lateral lunge, touching the line with the hand, moving with steps added over the 4m distance in 45 seconds by touching the lines with your hand.

The number of inaccuracies is counted; - Standing apart, three squat long jumps. The distance traveled is measured; - Standing on a gym bench, bending the trunk while the distance between the fingers and the edge of the bank is measured. Point 0 is the bank level;- From the back, with knees bent, lifting the trunk to 90 degrees. These correct iterations, in 2 series of 30 seconds, with a 15 second pause are to be counted; is calculated according to the FRV formula: jumping Index + Trajectory Index + Triple jump Index + Flexibility Index + motor Index + Abdomen Index; The jump index IS calculated according to the Romanian Volleyball Federation`s formula.

The processing and interpretation of research data was accomplished through the statistical program SPSS v.21 (Statistical Package for Social Sciences), a program that allowed us to produce statistical and mathematical indexes such as average, standard deviation, minimum and maximum value. We applied an Independent Sample T-Test in order to identify the significance of the means between our team and the other Romanian junior teams.

In this parameter, our team's subjects scored lower values than the average of the other teams’ players, the jump for the attack being significantly weaker for NCNT Craiova athletes.

With the jump touching a fixed point with two hands, the difference between the averages registered in the experiment group and those in the other teams was 3,30. The 95% confidence interval for this differs from -8.69 to 2.09, with the difference between the two groups not statistically significant with 5% in the bidirectional level. And with the block jump, our subjects registered lower values than the other players.

We see a poorly low frontal flexibility for NCNT Craiova's subjects. In the testing of the abdominal strength, the difference recorded between the subjects of the experimental group and the teams in the research is of 8.14 repeats. The confidence interval is 95% for this difference varies from -17.2 to 0.98. Since the value contains 0.00 point, the difference between the two groups is statistically significant at the 5% bidirectional level. At this parameter, the subjects of the experimental group record lower values compared with those from the other teams in Romania.

The general motricity index recorded differences of 0.14 units in the experimental and research teams. The confidence interval is 95% for this difference varies from -0.4 to 0.14, and, since the value contains the 0.00 point, the difference between the two groups is statistically significant at the 5% bidirectional level.

The comparative analysis of the main motor parameters revealed a difference in the values expressed in the testing organized by the Romanian Volleyball Federation; the athletes of the Nicolae Titulescu National College team in Craiova were deficient in some tests and the general motricity index was weaker than in the other junior teams in Romania.

From the analysis of the main specific tests elaborated by the FRV we found the following:

The analysis of these features may be extremely important for the coaches, providing them with a comparison for the physical capabilities of the volleyball players they train. There are a few examples of studies that show the link between the motor and functional capacities of the volleyball players, so that the vertical jumps can predict the maximal anaerobic power (Kasabalis, Douda & Tokmakidis, 2005).

A new direction of the study will be to analyze the characteristics of the position player in Romania. A study conducted at the level of the younger volleyball players indicates the relative values ​​are held by all the players, regardless of the playing post, regarding the level of leg strength, the maximum amount of oxygen consumption, the percentage of body fat and muscle mass. (Duncan, Woodfield & al-Nakeeb, 2006). In agreement with this research, Fonseca & Fernandes (2010), concludes that except the libero, the other players display relatively equal physical characteristics, the selection of players, should look for linear and tall players, independent of player position.

This research has succeeded in analyzing the most important physical characteristics of junior volleyball players, taking into account the majority of the volleyball teams in Romania participating in the National Junior Championship.

After the comparative analysis of the main motor parameters influencing performance in the volleyball game, there were differences in the values expressed in the test organized by the Romanian Volleyball Federation; the athletes of the National College team in Craiova being deficient in certain tests and the overall motricity index was lower compared to other junior teams in Romania. With the present research, it was possible to identify the volleyball players' physical possibilities, taking into account the majority of volleyball teams, participating in the National Junior Championship in Romania. Those results encourage us to propose a better muscular training for our team, especially for lower limbs, with plyometric and stretching exercise. Depending on the stages and specifics of the training, the muscle training program proposed should be performed two or three times per week.

We would like to thank the Romanian Volleyball Federation for the data provided in this research.