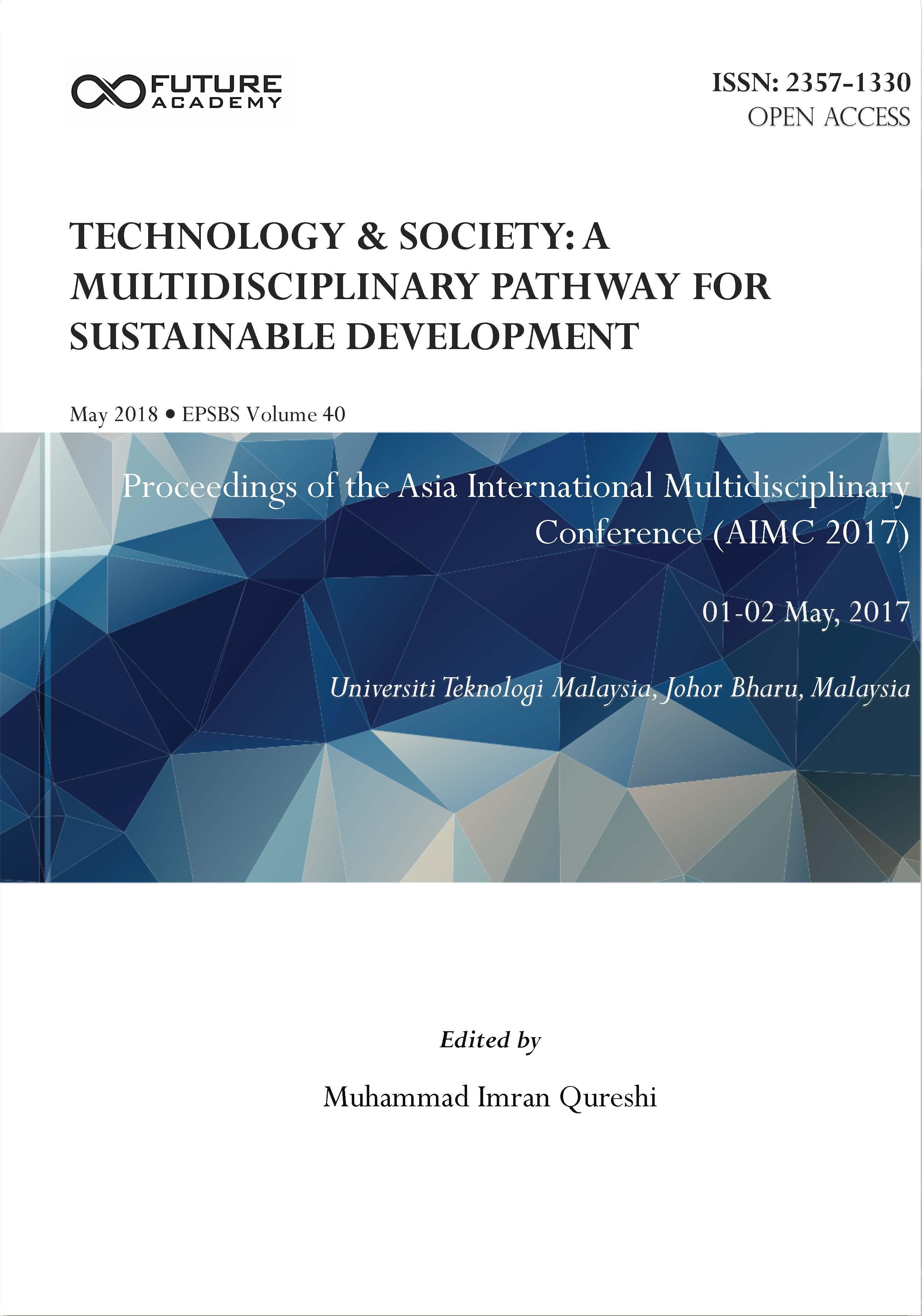 ZakāT Collection And The Effects Of The Macroeconomic Factors: Malaysia Evidence

Muslims are obliged for paying zakāt when their wealth surpasses the niṣāb provision during a certain period of time (ḥawl) (Al Qaradhawi, 1999). Gold and silver are two commodities utilised as a yardstick of niṣāb. They are floated as a commodity in the trade market. The niṣāb of zakāt will be influenced by the floating price of these two commodities (Kahf, 1999, 1989; Yusuf, Meera, & Mat Ghani, 2010). Niṣāb marks a significant belief in the Muslim world. Some researchers stressed that niṣāb could respond to the cost of living, the aṣnaf benefit to the poor, and the zakāt collection (Mahmud & Shah Haneef, 2008). This situation aggravated the basket of needs tremendously (Sadeq, 2004).

According to Kahf (1989), a new niṣāb formulation that in line with the fuqaha views could benefit the society. This idea was extended by Manan (Mahmud & Shah Haneef, 2008; Sadeq, 2004) who suggested the new benchmark with the real standard of living of household consumptions, leading to the national standard manual in the zakāt calculation.

On top of that, Raquibuzzaman suggested that the niṣāb varies from one country to another (Mahmud & Shah Haneef, 2008; Sadeq, 2004). He adopted the hadith from the Prophet Muhammad (p.b.u.h) who beheld the Arab condition before the rules and regulations were set. The Prophet allowed certain changes in order to benefit a society that gave an opportunity to the zakāt institutions to expand (Mahmud & Shah Haneef, 2008). The scholars should have brought the idea of rendering the justice to the society.

In contrast, some scholars opt to uphold the principles and not to review the niṣab (Sadeq, 2004). They strongly hold the verse of the niṣāb that was obviously stated in the holy book: al-Quran and hadith, where the fundamental was the original textual proof. Hence, any alterations to the text were forbidden. The scholars justified that the enhancement could cause a dull condition until the changes satisfied the authority. It was concluded on election that ruined the virtues of the Islamic principles (Mahmud & Shah Haneef, 2008; Sadeq, 2004).

From an economics perspective, a rise in the gold price leads to a rise in niṣāb. This is because the niṣāb amount is pegged to the gold price that will lower the contribution to the zakāt instead of the growth of zakāt recipients (Kahf, 1989; Mahmud & Shah Haneef, 2008; Mat Isa, 2013; Sadeq, 2004; Senawi & Mat Isa, 2016). In response to this, two scenarios are created. The demand surpasses the supply of zakāt to nurture a begging culture in the community, but it is not allowed according to the principles of al-Quran and sunnah (Mahmud & Shah Haneef, 2008). On contrary, the change in the niṣāb is a replication of the conventional tax. Al-Shatibi does not favour any changes and insists zakāt is the act of worships (Sadeq, 2004). Although Saudi scholars allow the change in niṣāb, it must be consistent with the principles of al-Quran and hadith (Mahmud & Shah Haneef, 2008; Sadeq, 2004).

Zakāt plays a pivotal role in the economy development. It works as a monetary policy of the Muslim society to overcome the economic obstacles. It can be manipulated by the macroeconomics difference because of the productivity growth in economy sectors. For example, an income is connected to the economic condition. Hence, the Gross Domestic Product (GDP), inflation and fluctuation of exchange rates of a country are likely to influence zakāt collection (Faridi, 1980; Yusoff, 2006, 2011). In short, any changes of these three macroeconomic factors will either increase or decrease zakāt collection (Yusoff, 2006; Faridi, 1980).

The fluctuation in the value of silver and gold is known to directly influence the amount of niṣāb of that particular year. This statement is supported by the declining in the value of silver as reported by the London Bullion Market Association and the Bureau of Labor Statistics (2016). Thus, for the country that hold silver as the determination of niṣāb, it is therefore, will suggest an increase in the amount of zakāt collection and will grow the allocation to the poor group. This condition is, however, argued to affect the group of low-income to be in the category of the zakāt contributor. Consequently, if this situation really happens, it thus violated the maqāṣid sharīᶜah of zakāt that has been outlined in the al Quran and Sunnah (Kahf, 1989; Mat Isa, 2013).

As for the case of Malaysia , the gold is projected to continuously losing its value from the year 2017 to 2025. This condition causes a doubt on its stability status, even though the gold was known as the most stable item compared to other commodity items (Meera, 2002; Yaacob, 2009). According to Browne, Abbriano, and Lockwood (2015), as long as the items are categorized as a commodity item, it could not be averted from any rigorous market activity. This indicates that any activities that might cause the silver price to fall, it is also likely to happen to the gold price too.

Majlīs Taḥqīq Masāil Ḥaḍirah Muslim, a Muslim Council of Pakistan has highlighted that the price fluctuation has a significant impact on the niṣāb benchmark and the zakāt collection. It was also highlighted that the increment in the gold price will result in a low collection of zakāt. This imbalance will create a begging culture in the society, in which it is not permissible in Islam (Mahmud & Shah Haneef, 2008; Sadeq, 2004; Senawi & Mat Isa, 2016). This is in line with the claim that the niṣāb has a significant influence on the zakāt collection.

It is believed that the unrestrained of macroeconomic external factors have affected the imbalance in the zakāt collection. Therefore, an in-depth analysis should be made to achieve the relevance of the hypothesis as follows;

a.There is a negative relationship between zakāt collection and gold price (GLD).

b.There is a positive relationship between zakāt collection and gross domestic product of per capita (GDPC) variable.

c.There is a negative relationship between zakāt collection and inflation (CPI).

d.There is a negative relationship between zakāt collection and the Malaysian exchange rate (MYR).

This study investigates zakāt collection to address uncertain gold price of niṣāb yardstick and a typical macroeconomic uncertainty, which is likely to influence the poor Muslim community and the Islamic principles..

Based on the analysis of past studies above, the present study intends to answer the following questions.

This study utilised a quantitative method of VAR/VECM approach to analyse the effect of zakāt collection on the macroeconomic factors in Malaysia perspective. The flows of estimation is as follows;

In order to test this hypothesis, a model is developed. It is stated as:

Where, ZKTC denotes zakāt collection of income, GLD denotes gold price that refers to the the multiplication of the gold price and niṣāb rate of zakāt on gold: 85 grams. GDPC denotes Per Capita of Gross Dometic Product, CPI denotes an inflation, and MYR denotes Ringgit Malaysia. αi (i = 0,1,2,3,4) serves as a criterion to be measured, µt denotes a shock that is expected to be a purely random walk, and t denotes the time span, α1 > 0, α2 > 0, α3 > 0 and α4 > 0. According to the Engle & Granger (1987) model, equation (1) will be noted in the error correction model (ECM) as:

According to Engle and Granger (1987), when there is a unidirectional or bi-directional Granger causality between the variables, the co-integration is likely to exist. Granger (1988) stressed that the co-integration between the variables can justify the existence of causality in a direction, determined by VECM. Akaike Information Criterion (AIC) confirmed the lag structure.

The VECM model was applied to conduct both Granger causality test and variance decomposition analysis to ascertain the effect of GLD, GDPC, CPI and MYR on zakāt collection. The variance decomposition measured the percentage of forecast error of variation explicated by another variable within a short-run dynamic..

The findings of co-integration test were illustrated in Table . AIC reported that the lag length was 2. Both adjusted trace and maximum Eigen statistics were significant. In other words, there was a long-run relationship between ZKTC, GLD, GDP, CPI, and MYR.

Table portrays the findings of the short-run Granger causality. Based on AIC, the lag length was 2. The results (first row) showed that GLD Granger-caused ZKTC was 11 percent in the short run. It showed that both CPI and MYR Granger-caused ZKTC were 20 and 15 percent, respectively. The GLD was a factor influencing (Granger-caused) both GDPC (24.6 percent) and CPI (14 percent) in the short run. GDPC was the only variable influencing ZKTC (14 percent), GLD (24.6 percent), CPI (50.6 percent), and MYR (17.5 percent). MYR influenced GLD and GDPC roughly 11 percent and 17.5 percent, respectively.

This analysis suggested that GLD was related to ZKTC, GDPC, and CPI unidirectionally. MYR brought a unidirectional effect to ZKTC, GLD, and GDPC. In fact, CPI was a unidirectional factor of both ZKTC and GDPC. ZKTC was found to bring a unidirectionally effect to GDPC. None of the variables caused bidirectional effect. Particularly, coefficient of ECT in the first equation (ZKTC as dependent variable) showed a significant value of -0.4923. In other words, ZKTC was adjusted to the long-run equilibrium by four per cent per period. Similar to GDPC, with a significant value as ECT coefficient, it suggested that GDPC was adjusted to the long-run equilibrium by 0.7 percent per period.

Table shows that 88 per cent of the variation was explained ZKTC in the third quarter of the period. GLD explained 11 percent whereas GDPC explained 6.6 percent of the forecast error variance of ZKTC in the sixth quarter. In addition, CPI and MYR explained 11.4 percent and 3.02 percent of the contributions, respectively. The result showed that the most significant factor was ZKTC in the first quarter as compared to GLD, GDPC, CPI and MYR. Interestingly, GLD contributed to ZKTC by 25 percent in the 30th quarter. Other contributing factors were GDPC (10 percent), CPI (11 percent), and MYR (13 percent). To conclude, all the factors played a crucial role in determining zakāt collection, especially GLD. This factor had a chain effect on niṣāb of zakāt, and subsequently zakāt collection.

The present study investigated the relationship between ZKTC, GLD, GDPC, CPI, and MYR. The findings of the co-integration test ascertained that there was a consistent relationship between various macroeconomic factors and ZKTC. In another analysis, Granger causality test revealed that GLD, CPI and MYR improved the growth of ZKTC implicitly. The findings of the variance decomposition analysis postulated that ZKTC was affected by the gold price. To simply put, the gold price was likely to reduce zakāt collection when it grew. Even though the gold could accumulate wealth, it was inevitable for the exploitation of the world trade bargain to take place. Hence, further analysis of the suggested item should be carried out in the future..