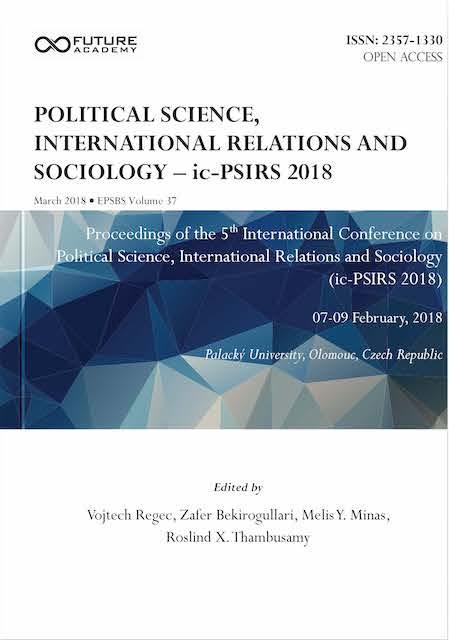 Social pollution is an insufficiently explored phenomenon which occurs in the new reality of labour relations. Modern literature describes the results of a large number of quantitative and qualitative studies on various aspects of the labor sphere, which have an adverse effect on workers, their psychosocial well-being and physical health. Nevertheless, from the point of view of the concept of social pollution, they all have a mosaic character. This attempts to formulate a system of views on this phenomenon.

For this purpose, in our previous work, we developed a classification of social pollution factors as a set of causal components of a decline in the level of welfare and deterioration of the physical and psychosocial well-being of labour resources as a result of internal and external activities of companies.

Investigation of toxicity at work

In the toxic workplace concept, the terminology of toxicity is used not only for harmful working conditions, but also for characterizing the unfavourable psychosocial aspects of the work environment (Macklem, 2005, Kusy & Holloway, 2009). Numerous publications are devoted to various characteristics of toxic leadership (Frost & Robinson, 1999, Lipman-Blumen, 2005, Goldman, 2009) and toxic personnel (Sue, 2007, Lubit, 2008, Claybourn, 2010). Much research is dedicated to stress in the workplace (Colligan & Higgins, 2005, Blaug, et al., 2007, Mazzola, et al., 2011), the causes of which are related to the toxicity of the organizational environment, which, in turn, is formed not only because of the presence of toxic workplaces, toxic managers and toxic personnel in companies, but also as a result of the use of toxic HRM practices (Gatti, 2014).

The phenomena of precarious employment, precarity, precarious work (Kalleberg, 2012, Kalleberg & Hewison, 2013), as well as the precariat referring to the precariazed working class (Standing, 2011) in recent decades are being actively studied by scientists from different countries. Precarious employment is conjugated with a process of deterioration of working conditions, reducing wages, cutting social guarantees, etc. The concept of "precarity" is characterized by a set of unfavourable conditions for the existence of employees in the labour relations that contribute to a decline in the quality of their working life. In the designation of non-standard and unstable forms of employment without social guarantees, the concept of "precarious work" is used, and employees who carry out their professional activities in the precarious work conditions belong to the class stratum called "precariat".

We consider the precarious employment and the toxicity of the work environment as a combination of the system-forming factors of social pollution (Fedorova, et al., 2017).

Despite the presence of a large number of publications devoted to the above issues, they cover only certain aspects of a large-scale phenomenon identified by Pfeffer as social pollution (Pfeffer, 2010). We not only share this point of view, but also consider precarious labour relations and the work environment toxicity as a totality of system factors of social pollution from economic activities of businesses.

Among the subjective toxic factors we have identified are: 1) the deterioration of personal well-being of the employees; 2) anxiety and negative emotions in the workplace; 3) potential threats to the future of the current work; 4) the need to perform above permitted standard functions additionally for saving their workplaces.

Thus, the questions under examination at this stage of our on-going study are linked with investigation of the cause-effect relationships between toxic HRM practices and employees' well-being. Perception and evaluative judgments of the informants allow us to obtain an understanding of the qualitative characteristics of the toxic labour relations.

The purpose of this paper is to present an in-depth study of the forms of toxic labour relations in countries with different economic models. Based on the results of the comparative analysis of narratives collected in the countries under study, we identify the social pollution factors in the labour relations between employers, managers and employees, as well as investigate the cause-effect relationships between toxic HRM-practices and employees' well-being.

In order to identify the scope and characteristics of toxic labour relations, a long-term monitoring study using quantitative and qualitative methods was carried out. Among the qualitative methods used was narrative analysis used within our on-going monitoring study. The significance of this method is beyond doubt in the development of theoretical and methodological approaches to the social pollution concept. In all countries under study we used the three-phase scheme of a narrative interview.

Three-phase scheme of a narrative interview

1) The phase of narration: the researcher formulates an "initiating formula" that is a question prompting the respondent to tell a story. It should be a clear, understandable and non-directive question.

The sample of an initiating formula is:

2) The phase of narrative questions: the interviewer returns to the respondent’s history in order to ask clarifying questions to get a more detailed narrative about various circumstances. Questions that are asked at this phase can be combined by a common narrative formula:

3) Analytical phase: in the final part of the interview, the respondent is invited to take the position of an "outsider" regarding his own story where he/she can interpret, analyse, evaluate, and explain causes and effects.

Sample and form of result of narrative interviews

For this study, 17 people were interviewed: 12 women and 5 men from countries under study. The interviewees worked in different spheres of the economy: education, sales, banking, services, logistics, and transport. Interviews with each respondent took about 40 minutes.

The texts were slightly processed: questions and stories on abstract topics were cut out. However, the narrative style and logic remained unchanged and unformatted in order not to lose the essence of the narrative.

The paper presents the best examples of the narratives we selected, recorded during the interviewing of the workers involved in our research.

Narrative examples of the Czech interviewees

Narrative examples of the Polish interviewees

Polish interviewees shared their negative experiences of destructive behaviour not only with their leaders, but also with their own toxic behaviour in the workplace.

Narrative examples of the Latvian interviewees

The people interviewed in Latvia relate mainly to describing the characteristics of the toxicity of the work environment and working conditions. One of the narratives reflects the anxiety of the interviewee about the instability and uncertainty of the future in work.

Narrative examples of the Italian interviewees

The narratives of the Italian interviewees contain a variety of information on the negative experience of work under a high level of toxicity in management, work environment and working conditions, as well as concern about their professional future.

Narrative examples of the Russian interviewees

A distinctive feature of Russian narratives is presence of information about infringements by managers of their promises and obligations towards employees. Interviewees also point out problems in their relationships with colleagues, poor working conditions and their own destructive behaviour in the workplace.

Analysis of narratives we obtained in different countries is based on the elicitation in each text of discourses that are close in meaning. The concept of "discourse" in modern linguistics is closest in meaning to the concepts of "text" and "dialogue". Therefore, under the discourse in this case, we understand the linked text, combined specific thematic content. The grouping of similar discourses allows us to identify some toxicity factors in the workplace, which are the main reasons for the interviewees' sufferings.

The semantic interpretation of the interviewees' discourses allows us to get a picture about the forms of expression of various toxic factors at work, that have a negative impact on the psychosocial well-being and even the state of physical health of workers.

The following table shows how the accents were distributed in the narratives of interviewees from different countries.

Rating of the toxic factors at work

Using the method of narrative analysis as one of the qualitative research methods of our on-going long-term monitoring project, we have received some empirical estimates of toxic factors at work.

Сross-country comparison of the narratives

There are both similarities and differences in the narratives of the interviewees from countries under study. Information about the various forms of destructive relationships with leaders we can find in stories of Czech, Polish and Italian interviewees. Complaints about the toxic work environment are found in narratives from Italia, Latvia and Czech Republic. Also, Czech and Russian interviewees point out problems in their relationships with colleagues. The stories from Latvia, Italia and Russia relate to describing the characteristics of the toxic working conditions. A distinctive feature of Russian narratives is presence of information about infringements by managers of their promises and obligations towards employees. Anxiety of the interviewees about the instability and uncertainty of the future in work are found in Latvian and Italian narratives. Finally, Polish and Russian interviewees shared their negative experiences of destructive behaviour with their own toxic behaviour in the workplace.

The main limitations of the presented study are a small sample size of interviewees, which does not allow for a more complete picture of the diversity of toxic factors at work that cause social pollution of the labour relations. However, the lack of information is not a reason to abandon this method of research, but calls for further efforts to increase the number of the interviewees in all the countries studied. Narrative analysis is an additional method of studying the social pollution phenomenon.

It should be noted in conclusion that we strongly believe that a systematic approach allows to reveal new contradictions in the labour relations between employers and employees, as well as to determine the causal connections between the HRM practices and the level of welfare, physical health and psychosocial wellbeing of the labour resources.