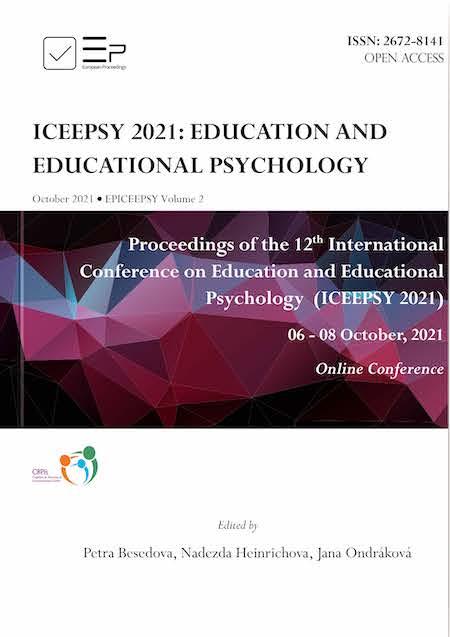 In addition to completed suicide, suicidal behaviour includes suicide attempts and symptoms indicative of suicidal thoughts and intentions. The child´s age plays an important role in suicidal behaviour. Suicidal behaviour in children under 14 is less common compared to adolescence, when its incidence increases significantly. It is reported that suicidal behaviour in adolescence is the second leading cause of death (Říčan & Krejčířová, 2006). The significance and prevalence of suicidal behaviour are also confirmed by a European study from 2007, which dealt, among other things, with suicidal ideations and attempts among adolescents aged 15-16 from 17 European countries (45,806 students participated, the Czech Republic was not involved in the research). The lifetime prevalence of a suicide attempt was 10.5% (fluctuating between 4.1 and 23.5% across countries), whereas it was almost twice as common in girls compared to boys. Repetition of suicide attempts was high: half of the students who reported any suicide attempt reported more than one (Kokkevi et al., 2012). Suicide is not just a life-threatening public health problem, but it has serious psychological effects on pupils' parents, friends, classmates and teachers. The most recent suicide of a student had (some or great) impact on the personal life of 76% of teachers and on the professional life of 85.7% (Kolves et al., 2017).

Suicidal behaviour is associated with self-harm. Although self-harm is not classified as suicidal behaviour, they have common characteristics such as suicidal ideations and fantasies, depressions, feelings of hopelessness. However, in self-harm, the primary goal is not to die. It should be noted though that self-harm and suicidal behaviour are interrelated, as more than half of those who self-harm will perform at least one suicidal attempt (Koutek & Kocourková, 2003). Morgan et al. (2017) published an extensive population study investigating the teenagers in the UK aged 10-19, who self-harmed between the years 2001 and 2014. They found out that half of the teenagers who died in suicide had committed self-harm in the past. For this reason, the national suicide prevention strategy seeks to reduce the incidence of self-harm among adolescents. Research suggests that self-harm, along with self-harming and suicidal ideations, affect at least 10% of the adolescent population. Thus, self-harm belongs among the riskiest factors for suicidal behaviour (Hoferková & Jašková, 2018).

Teachers have great opportunities to assess the risk factors in children and adolescents and so significantly contribute to the prevention of suicidal behaviour (King et al., 1999). But are teachers trained to detect these warning signs? Australian research concludes that teachers as a professional group are ill-informed in particular about risk factors for suicidal behaviour (Scoullar & Smith, 2002). Teachers in South Africa are in a similar situation (Shilubane et al., 2015). In the survey of US high school teachers, 78% of them stated they knew the adolescent who attempted / completed suicide (Westefeld et al., 2007). When asked how they would react, 45.9% of the respondents reported that they would do nothing, 67.2% of respondents indicated that they would contact the school counsellor, 29.5% of respondents would contact parents, 25.4% of respondents would contact school administrators, and 19.7% of respondents would discuss the issue with the student.

The reason for the subject of research is the few empirical studies dealing with the suicidal behaviour of pupils from the perspective of teachers in the Czech Republic.

The study aim is to analyse the experience of teachers with the suicidal behaviour of pupils in primary and secondary schools.

Question 1: In what form do teachers encounter pupils´ suicide behaviour?

Question 3: What is the correlation between the number of pupils with suicidal behaviour that teachers experienced during their practice and selected variables (age, length of practice, job satisfaction, community size, the extent to which they feel to be accepted by school management, pupils' parents, colleagues, and pupils)?

Teachers' answers to the question of what forms of suicidal behaviour they encountered in their work at school were processed qualitatively using the method of constant comparison. 26 respondents (50%) answered the question, while the answers of some respondents were included in multiple categories. Subsequently, frequency analysis was used to indicate the frequency of respondents' answers to the individual categories created. The following five categories emerged:

The question of how teachers reacted to the findings regarding the pupil's suicidal behaviour was answered by 44 teachers (84.6%). The answers of some respondents were included in several categories. We processed the answers qualitatively using the method of constant comparison. Subsequently, frequency analysis was used to indicate the frequency of respondents' answers to the individual categories created. The following eight categories emerged:

1. Interview (43.2%) - individual interview with the student

3. Get advice on how to deal with a pupil (23.9%) - a consultation with a psychologist was most often mentioned

5. Report to the school staff (11.4%) - in the answers respondents mentioned that they had reported it to the class teacher, school psychologist, prevention methodologist or school management

6. Recommendation to seek professional help (9.1%) - a visit to the Pedagogical and Psychological Counselling Centre, a crisis hotline, a psychologist, or a psychiatrist was mostly recommended

8. Talk about it with the whole class (4.5%) - in the presence of a pupil with suicidal behaviour

In this subchapter, we deal with the interpretation of the obtained results concerning the research questions and possible limits of the research.

We found the answer to the first research question asking about the forms of suicidal behaviour that teachers encounter in pupils. Most teachers (61.5%) experienced self-harm in pupils, 46.2% of teachers encountered suicidal ideation, 23.1% suicidal attempts, 15.4% completed suicide and 11.5% suicidal creation in the form of text or artwork. Compared to American research respondents (Westefeld et al., 2007), our research group less frequently encounters suicidal attempts or completed suicide among pupils. There are several possible explanations: e.g. children and adolescents in the Czech Republic have fewer suicide attempts or completed suicides, or they less often entrust to their teachers, or our teachers pay less attention to suicidal behaviour symptoms comparing to the American teachers and pupils. We recommend further verifying the above mentioned possible explanations with more in-depth research.

The second research question dealt with teachers 'reactions to pupils' suicidal behaviour. The teachers mentioned several ways of reacting, which we summarized into eight categories. Most teachers (43.2%) talked to the pupil in person, 36.4% of teachers informed the parents concerned, 23.9% of teachers took advice on how to act, and 11.4% of teachers did not react and did not solve it. Pupils' suicidal behaviour is a challenging topic for many teachers, with several concerns about how to react so as not to make matters even worse; what words to choose; the fear that if the teacher asks too many questions, he/she may move the pupil towards suicide; fear of losing the pupil's confidence when informing his/her parents and school staff about his/her behaviour; general concerns about available resources for referrals; Some myths are also associated with suicidal behaviour. To mention one of the most damaging - the myth that those who talk about suicide, will not commit it. This myth may be the reason why some teachers do not respond to obvious signs of suicidal behaviour. Compared to the aforementioned US research (Westefeld et al., 2007), in which 45.9% of teachers stated that they would do nothing. It seems that teachers in our research group choose more proactive strategies.

A 2007 survey of adolescents from 17 European countries showed that, on average, 10.5% of adolescents committed at least one suicide attempt. This is a very alarming number that parents and teachers are probably unaware of. This is confirmed by the findings of our research, as teachers report a very low number of suicidal pupils they have encountered during their practice (on average, they met 4.75 pupils with suicidal behaviour per an average length of practice of 16.64 years). Apparently, they are unaware of how many pupils are struggling with suicidal behaviour. In our research group, no correlation was found between the reported number of pupils with suicidal behaviour and the age of teachers, the length of practice, the size of the municipality, and job satisfaction. A strong negative correlation was detected between the extent to which teachers feel to be accepted by their pupils' parents and the number of pupils with suicidal behaviour. We expected a fairly positive correlation between these two variables since it seems logical that the acceptance of the teacher by the parents will lead to improved relationships, which will, in turn, increase parents' courage to confine in the suicidal behaviour of their children. On the other hand, a low level of acceptance by pupils' parents may be an indicator of problems on the part of pupils' families, and thus there is a greater risk of pupils' suicidal behaviour. In the research of risk factors of childhood and adolescent suicidality, the most common motivations were just family problems (Kocourková & Koutek, 2006).

This paper was supported by the Specific Research of the Faculty of Education, the University of Hradec Kralové 2021, No: 2112, entitled: Suicidal behaviour of pupils from the perspective of teachers and school psychologists.