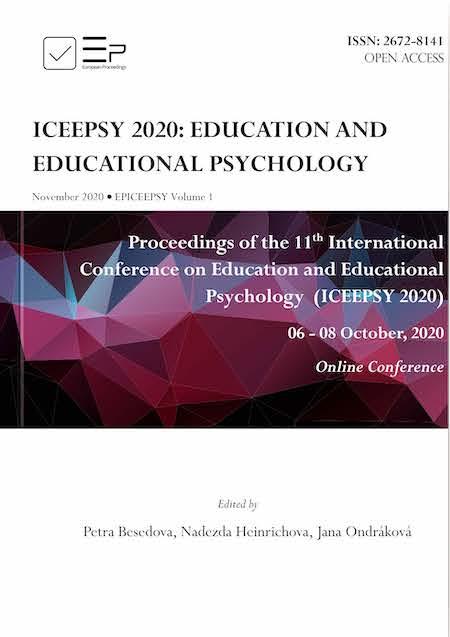 This article presents a probe into the problematics of learning foreign languages at pupils in primary education. The problematic is approached here from the perspectives of ontogenetic, cognitive, and psychological learning processes. It the first part we introduce the phenomena of language and music memory as discussed in theory and surveyed at secondary education pupils. In the second part we deliver the results of our preliminary survey, conducted by our team at the Faculty of Education at the University of Hradec Králové, Czech Republic. The goal of the survey was to examine the language and music memory at pupils in primary education. For this primary survey, a non-standardized questionnaire was used, investigating the respondents’ affinity to music and foreign languages. As the next research method, a hearing test was used, consisting of selected samples of spoken language. 23 respondents took part in the preliminary survey. Based on the results, we attempt to sketch out further possibilities of researching the perception of language and music at primary education pupils.

Preschool and early school age constitute an important period for development of music and language perception. With the capacities to speak advancing rapidly, speech becomes a pivotal activity of a child. A child’s memory is usually trained through rhymes and songs; the perception of music (melody, rhythm, intonation etc.) is being developed as well. Memory stands for one of multiple cognitive processes. According to Nakonečný (2009), it can be described as a process of storing, organizing, and using an experience. It can be at the same time viewed as a mental ability to store and restore past experience (Peterson et al., 2009). Memory, rhythm, and intonation are factors important not only for music, but also for learning a foreign language.

The development of music and language perception in children show similar characteristics, and the music and language memory often correlate. Both language and music competences consist of certain neurophysiologic, somatic, emotional, and sociocultural dispositions, and according to Besedová (2017), the relationship between language and thinking on the one side and music and thinking on the other is apparent. The topic of language memory and its relationship to the process of learning foreign languages has been examined throughout the 20th century by scholars like Vogotsky (1978), Bialystok and Hakuta (1994), or Ondráková (2017).

The development of both language and music competences depends on somatic, neurophysiologic, psychical, and sociocultural conditions, and shares multiple characteristics. One of the is perception. Through perception, we obtain and mediate information from both outer and inner world. The outcome of the perception process consists of integrated perceptions of object from the surrounding world (Atkinson, 1995). For the development of both language and music perception, the period between birth and the 6th year of age is crucial. During this period, the capacities for perception, speech, and memory develop rapidly. Subsequent stages of childhood are important too, nonetheless not so dramatically (Besedová, 2017).

The perception through hearing plays and important role already for infants, laying basics for the future speech processing capacities. During the toddler age, speaking constitutes a favourite activity of child. Both memory and music perception are reinforced during this stage through songs, playing with music and rhymes. During the preschool stage, speech becomes a source of knowledge about the world around. The vocabulary grows almost three times bigger during this period compared to the toddler age. Preschool children are already able to recollect and interpret a story told or a melody heard. Being interconnected with game activities, music plays a pivotal role in the life of a preschool child. Foundations are being laid for playing a music instrument, as well as the sense of harmony. According to Sedlák and Váňová (2013), this is the most important stage of a child’s music development. During the early school age, a frame perception of music is turning into analytical. A child begins to understand relations between the parts and the whole, and the coordination between the hearing and the voice is being reinforced.

The perception (through hearing, seeing, touch, smell) and speech are both involved in the process of learning, nonetheless, the pivotal factor for learning is memory. Memory takes part in development of all mental capacities, is a necessary constituent of all cognitive processes. In the human mind, it is responsible for coding, storing, and restoring of information and experience. The development of music and language memory is connected to experience and practice. The earlier a child stars to learn music of a foreign languages, the better the language and music memory usually develops. For the other factors stand the intensive contact with music and language, and frequent repeating of language and music structures (Besedová, 2017).

In the second part, respondents were listening to ten samples of different foreign languages. Subsequently they were asked to identify languages from a five-item sequence, based on their previous experience. The results have shown that the pupils with music educations had a greater memory capacity (37.62%) compared to these without music education (23.21%). The survey further examined the perception of individual foreign languages at secondary education pupils. Each respondent was asked to record his/her subjective opinion on five selected language. The results have shown that the 12-14 years old children usually perceive foreign languages positively (their perception of unknown languages mainly focuses on melody, intonation, and rhythm). No significant differenced were identified in terms of gender (Besedová, 2019).

In our preliminary survey we borrow the methodological basis of the aforementioned research, however focusing on children of younger school age, i.d. in primary education (specifically 6-9 years of age).

Our research problem is defined as examining the music and language memory at primary education pupils. To investigate the affinity of respondents to music and foreign languages, we were using a questionnaire as well as hearing tests.

Following research question were formulated for the preliminary survey:

In 2016, a research team was established at the Faculty of Education of the University Hradec Králové, specializing on the topic a music and language memory and the impact of music on learning foreign languages. The team has already conducted several minor surveys, examining the topic at respondents from 12th year of age up to the adult age. These surveys have indicated that there indeed exists certain connection between music and learning foreign languages. In cooperation with the team, a survey has been proposed examining the music and language memory at primary education pupils.

The goal of this paper is to analyse the topic on in both theoretical and empirical terms, focusing on the early school age children. We borrow the methodological foundations of the survey conducted at secondary education pupils.

The research sample consisted of (n=23) 1st – 3rd grade pupils from the Mandysova primary school in Hradec Králové (9 pupils of the 1st grade, 8 of the 2nd, 6 of the 3rd).

Considering the scope of the research project, the following text only focuses on research questions and important findings. All results presented here are based on the preliminary survey conducted on 23 respondents.

The results (Figure 01) show that majority of the respondents (n=16) has a highly positive affinity to music. At the same time, no respondent has a negative attitude.

Children of early school age like singing, rhythmizing, playing a music instrument, or dancing. This corresponds to the current trend in the Czech education of putting an emphasis on music education. The next result is interesting: For 7 respondents, melody is the most important element of music sung in their native language, and for 8 respondents it is the words. This is unusual for the 1st – 3rd grade pupils. At the same time, 22 of the pupils don’t mind listening to music in a foreign language they don’t know yet.

In the questionnaire survey we tried to figure out, what role does music play in the pupils’ everyday life: If they listen to in while studying, for relax, for a better mood, with friends, or as background when learning a foreign language. We used the semantic differential method to process the data (Table 01).

From the results is clear that on the scale 1 – 7 (I listen to music – never listen to music) pupils marked number 3 in average during all activities. In most cases respondents listen to music and songs with their classmates. Therefore, our assumption that younger school age pupils have a positive attitude towards music and also use it themselves has been confirmed.

In the questionnaire survey we further tried to figure out, what attitude do the respondents have to foreign language (Table 02). Here too, they were asked to localize their answer on a 1 – 7 scale (I like – I dislike).

Subsequently, language memory of the pupils was tested. After the 3rd grade pupils had listened to 8 selected samples of different spoken foreign languages, they were asked to identify 4 of these languages. For the 1st and 2nd grade pupils, the numbers were modified to 3 out of 6 samples (refer to the methodology). Each sample was approximately 10 sec long. The score is indicated by Table 03.

The oscillated around 16% at all respondents. The standard deviation was of a wide range, with the most frequent score being about 20%. For the 1st and 2nd grade pupils, the identification of a language was very difficult, and they were rather just guessing the right answer.

Correlation between the affinity to music and language memory

We could therefore assume that the individuals who perceive music positively are endowed with an increased sense of intonation and melody of speech, and thus are muse successful in identifying the languages.

It is however apparent that the perception of music and language is conditioned by multiple other factors (e.g. intelligence, talent, motivation), which would need to be taken into consideration to verify or falsify our hypothesis.

The goal of this preliminary survey was to provide an insight into the study of language and music memory at primary education pupils – with respect to ontogenetic, cognitive, and psychological learning processes – and sketch out perspectives for further research.

Those results cannot be generalized due to a low number of the respondents. They serve merely as basics for further research. In the next stage, we will attempt to figure out whether the same correlation can be found at 4th – 5th grade pupils. We will other examine if there are any differences with respect to gender. In the last stage we are planning to compare our results with the results of the survey conducted at secondary education pupils.