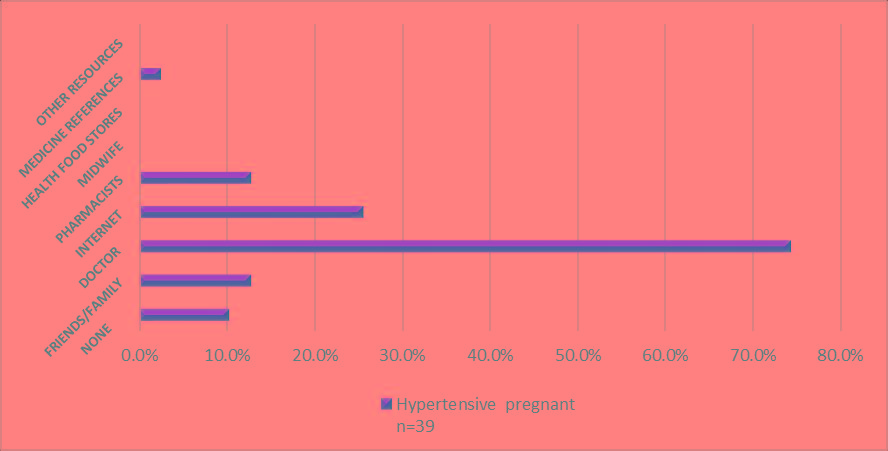 tst - This is a test version

tst - This is a test version

Looking for an author or a specific volume/issue?

THE EFFECTS OF MINDFULNESS INTERGRATION IN HOLISTIC CARDIAC REHABILITATION: A PILOT STUDY

The effective management of psychological is crucial and need to be started immediately after angioplasty. The Holistic Cardiac Rehabilitation (HCR) program was developed by incorporate psycho education, mindfulness breathing and relaxation technique. This pilot study was conducted to evaluate the HCR program’s effect in reducing anxiety and depression among the patients. This one-month comparative study involved sixteen post angioplasty patients. The HCR group was subjected to HCR program and control group involved in standard cardiac rehabilitation (SCR) program. The interview was conducted using Hospital Anxiety and Depression Scale (HADS) and blood taking for serum cortisol was done detect the elevation of anxiety and depression level. Paired t-test showed statistically significant reduction of anxiety level on HADS () and serum cortisol level () in HCR group and not significant reduction in control group. Independent t-test showed statistically significant reduction of anxiety level in HCR group compare to control group which HADS () and serum cortisol ( The reduction of depression level was not statistically significant in both groups. In conclusion, Holistic Cardiac Rehabilitation statistically significant in reducing anxiety and among angioplasty patient. A larger sample and quantitative study may prove the effectiveness of HCR program to improve psychological health of post angioplasty patients.

The increasing number of psychiatric problems in today's world is alarming. This problem is expected to increase and cause health problems that can lead to an increase in mortality rates, particularly in patients with coronary heart disease. Coronary heart disease (CHD) patients are at risk of psychiatry morbidity with a prevalence of anxiety and depression of approximately 15% to 32.5% (Asrenee, Fazirah, Suhairi, & Zurkurnai; 2007; Eng et al., 2011; Carvalho et al., 2016). About 33% – 64% of CHD patients experienced moderate to severe depression (Dixon, Lim, & Powell, 2000). These psychological problems can risk the patients for worsening the cardiovascular outcomes including myocardial infarction (MI), it also affects the treatment outcomes and increase mortality rate of CHD patients (Pogosova et al., 2014; Rothenbacher, Hahmann, Wusten, Koenig, & Branner, 2007).

Previous study showed the effectiveness of psychological intervention in reducing level of anxiety among CHD patients (Richards, Anderson, & Jenkinson, 2018). Through previous studies relaxation therapy is one of the psychological interventions that has proven its effectiveness (Delui, Yari, Khouyinezhad, Amini, & Bayazi, 2013; Wilk & Turkoski, 2001). Various relaxation techniques have been used to reduce the level of anxiety among the patient such as yoga and music therapy. The empirical evidences of Islamic relaxation by listening to voice of Quran also showed a promising effect in reducing anxiety among CHD patients (Babaii, Abbasinia, Hejazi, Seyyed Tabaei, & Dehghani 2015; Mirbagher Ajorpaz, Aghajani, & Shahshahani, 2011). By hearing Quran, the alpha and theta waves activities improved. Alpha and theta waves of the brain play an important role in relaxation and calmness (Mustapha, Rani, Reza, Wan Daud, & Ghani, 2016).

In addition to relaxation techniques, mindfulness therapy has been identified to reduce the anxiety levels. Previous studies have found that Mindfulness-based stress reduction effectives to reduce psychological problems. It is similar to Minfulness-based cognitive therapy, which can help reduce the level of patients stress, anxiety and depression (Vollestad, Sivertsen, & Nielsen, 2011; Nyklíček, Mommersteeg, Van Beugen, Ramakers, & Van Boxtel 2013; Van Son et al., 2013; Younge et al., 2015). Besides, Burg, and Michalak (2011) and Kim et al. (2013) have used Mindfulness Breathing in their study on depression and post-traumatic stress disorder patients. Mindfulness breathing is able to enhance an individual's ability to control their emotions to adapt with their current situation and environment, also involves of one's ability to pay attention on their present breathing. Thus, may reduce risk of mortality among CHD patients (Burg & Michalak, 2011; Burg, Wolf, & Michalak 2012). Therefore, psychological intervention such as relaxation technique and mindfulness breathing in cardiac rehabilitation program would offer a holistic approach in dealing with CHD patients.

CHD has significant psychological and economic implication in Malaysia. CHD patients’ level of anxiety and depression has a significant impact on their treatment compliance and progress. The past problems experienced by anxious and depressed CHD patients may exacerbate their physical symptoms and subsequently effect their quality of life. These furthermore may increase morbidity and mortality rate. The increasing of morbidity and mortality may impact to the national development and increase burden of care of the population.

Is the HCR program more effective than the Standard Cardiac Rehabilitation (SCR) program in reducing anxiety and depression among post angioplasty patients?

There is significant reduction in anxiety and depression level among post angioplasty patients who are attending HCR program compare to SCR program.

To assess the effect of Holistic Cardiac Rehabilitation (HCR) program in reducing anxiety and depression among post angioplasty patients.

Comparative study involved with 16 post angioplasty patients aged among 30 to 70 years old. Using convenience sampling, after explain the study procedure and consented, the sample will be allocated non-randomly into two groups (intervention group and control group). The control group will enter into the existing Standard Cardiac Rehabilitation (SCR) program and intervention group will enter HCR program. The HCR program has been developed through modified Delphi techniques involving 16 expert panels in related fields. HCR program consists of health education, physical exercise and mindfulness breathing which is combined with relaxation therapy by listening to Quranic verses. The program began with anxiety and depression assessment using Hospital Anxiety Depression Scale (HADS) and serum cortisol blood sampling for pre-intervention data. Then cardiac rehabilitation program has been conducted once a week for one month in both groups. After completing one-month program, assessment for anxiety and depression using HADS and blood sampling for serum cortisol will be taken for post intervention data.

HADS was developed by Zigmond and Snaith (1983) consisting of 7 simple questions. This scale is used to measure the level of anxiety and depression of the patient. Although calculating the level of anxiety and depression were combined in one table, the calculation needs to be done separately. The HADS questionnaire used in this study has been validated in Malay language with the cut off point was 8 or 9, Sensitivity 90.07% and specificity 86.2% for anxiety and sensitivity 93.2% and specificity 90.8% for depression. The validation that has been performed on this instrument has shown its suitability to use in this study (Fariza & Zahiruddin, 2015).

Cortisol levels can be measured through urine, saliva and plasma. The levels of cortisol can be measured more accurately through plasma. The level of cortisol levels is very high about an hour after awakening and starts to decline until evening. The cortisol level reached nadir at midnight (Akerstedt & Levi, 1978; Stewart, Seeman, John, & Catherine, 2000; King & Hegadoren, 2002). In this study, serum cortisol investigation was sent to Hospital Universiti Sains Malaysia laboratory. Normal range for serum cortisol level were 166 – 507 nmol/L at 8am to 10am and 73.8 – 291 nmol/L at 4 pm to 6pm.

This pilot study showed that HCR program caused a significant reduction in anxiety and serum cortisol level. Patients in HCR group have a significant reduction of anxiety level (p = 0.002) compared to standard cardiac rehabilitation group (p = 0.08). These showed that mindfulness breathing which is combined with relaxation therapy by listening to Quranic verses been proven to help lower the patient's anxiety levels, thus it can greatly improve the patient's psychological health. Previous studies have also shown the effect of positive mindfulness therapy by improving patient’s ability to cope with the situations by positive self-control. This can give a motivation for the patient to change their lifestyle to be more healthier and may have a good quality of life (Jalali, Abdolazimi, Alaei, & Solati, 2019).

This study is consistent with previous study by Parswani, Sharma, and Iyengar (2013) and Cho, Ryu, Noh, and Lee (2016), showed that mindfulness intervention and mindfulness breathing group significantly have a lower anxiety (p = 0.001) compared to control group. Mindfulness breathing and relaxation therapy has been able to reduce anxiety levels among the CHD patients where it is able to promote positive emotions and positive thoughts also leading to synchronization of the heart (Cho et al., 2016; Kim et al., 2013). Studies by Witek-Janusek et al. (2008) found a decrease in serum cortisol levels among the groups undergoing mindfulness therapy compared to the control group. Similar to this study which has shown serum cortisol level reduced about 47.1211.15 (p = 0.04) in HCR group compared to SCR group which had an increase in serum cortisol level after intervention.

Cite this paper as:

Click here to view the available options for cite this article.

tst / This is a test version