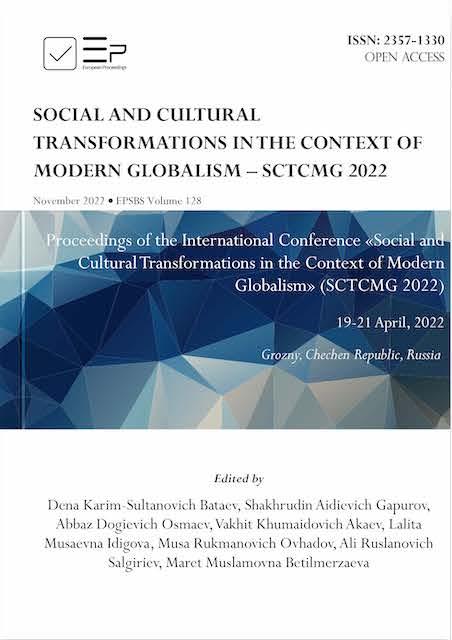 One of the tragic pages in the history of the USSR is repressions of political opponents of the Bolsheviks, and ordinary citizens. The establishment of the Soviet system in 1920–1930 was inconsistent. It deviated from those slogans that were declared fundamental in building the socialist state and developing its ideology. Under the Stalinist totalitarian regime, the repressive measures such as “decossackization”, “dispossession”, deportation of certain groups of the population were implemented. It is worth noting that the status of the deported peoples changed. During the eviction, the deported peoples became a special contingent. Since 1944, the settlers had the status of special settlers, implying their rigid administrative attachment in the places of their new residence to the network of special commandant's offices. According to Art. 135 of the Constitution of the USSR, they officially retained the status of full-fledged citizens, but could not leave the place of residence. This circumstance made the "rights" of special settlers formal and declarative. In addition to special settlers, there were exiled settlers with a defeat in civil rights and those sentenced to exile. The main features of deportations were their extrajudicial nature and the movement of a huge mass of people to geographically remote regions. In the USSR, many ethnic groups of Soviet citizens were deported: Balkars, Jews, Iranians, Ingush, Kalmyks, Karachays, Koreans, Crimean Tatars, Kurds, Germans, Poles, Tajiks, Meskhitian Turks, Ukrainians, Chechens, etc.