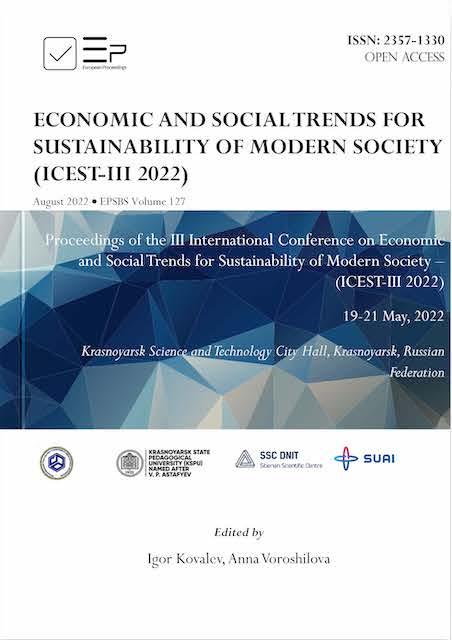 The paper examines the history of the formation of the metrological service in the Russian Federation. Metrology is the theoretical basis of measurements, the science of methods and means of ensuring their unity and ways to achieve the required measurement accuracy. Measurement means finding the value of the desired real value empirically using special technical tools. Highlighting the main stages in the development of the metrological service in Russia the author draws attention to the fact that a huge contribution to the development of this industry was made by D.I. Mendeleev. The development of scientific and innovative activities at the present stage of domestic metrology will ensure the solution of advanced measurement tasks to improve priority areas in domestic science, the improvement and creation of state primary standards, international and national unity of measurements, the introduction of advanced technologies and the development of technology in order to achieve the strategic national priorities of the Russian Federation. The role of metrology in modern society cannot be overestimated. Providing the possibility of measuring various properties of goods allows determining their technical characteristics which are transferred from the manufacturer to the consumer. Compliance with the rules of metrology in various areas of commercial activity makes it possible to minimize losses from unreliable measurement results.

The relevance of this article is due to the fact that the modern development of metrology requires a creative scientific approach based on an advanced base of measurement information and highly qualified specialists with a broad outlook of scientific knowledge to own metrological support. There is no doubt that the most important condition for the effective development of the domestic industry and the growth of the economy as a whole is the introduction and improvement of measuring technologies.

According to statistics more than 20 billion different kinds of measurements are currently used in Russia since measurements are an integral part of the labor processes that are carried out in a huge number of industries.

The problem discussed in this article is not new. However it should be noted that at present there is still no single point of view on the stages of the formation of the metrological service in Russia. That is why the author of the article having analyzed a lot of literature on the topic of the study gives his own interpretation of the identified stages in the development of the metrological service in Russia.

In this article the author explores the main stages in the development of the Russian metrological service, gives a description of each of them.

The purpose of this study is to attempt to identify and characterize the stages of development of the metrological service in Russia.

To achieve this goal the author used the following methods:

In various historical periods, metrological activity depended on economic, social, religious and other spheres of society. According to scientists control over the rules, norms and means of measurement was carried out by the church until the middle of the XVI century. Then when the development of the society and social relations became more complex this function gradually began to be transferred to secular authorities.

It should be noted that the history of the development of metrology in Russia dates back to Kievan Rus. It was at this time that “arms and legs” - an elbow, a span, a verst sazhen, etc., acted as a measurement of length. The initial state metrological service was created only under Ivan IV in 1550. The content of which included the conditions for storage and transfer of the size of an octopus - a new measure of the volume of bulk solids.

It is important to pay attention to the fact that copper copies of the Dvina charter were sent to many cities. Moreover, it was kept only by elected people, among whom could be classified sots, elders, kissers, etc.

Measures that were exemplary were placed in storage in the orders of the Muscovite state. Supervision and verification of these measures were monitored by two institutions - the Great Customs and the Pomernaya hut. The activities of these bodies also included the resolution of conflicts that often arose during various trade transactions.

In the provinces, these functions were performed by the staff of the voivodship, zemstvo huts and other "faithful people". Of course the state discipline was very tough. In this regard in the event of damage to control measures the violator could face the death penalty.

This is what allows make a conclusion that at that time the state system for ensuring the uniformity of measurements and the state metrological service were created.

Later during the reforms carried out by Peter I inches and feet were introduced in Russia - English measures. In addition metrological centers began to appear during this period.

And already in 1725 the St. Petersburg Academy of Sciences was founded, and it began to reproduce angular units as well as time and temperature units of measurement.

Under Peter I some metrological centers began to stand out. Founded in 1725 the St. Petersburg Academy of Sciences took up the reproduction of angular units, units of time and temperature. There was a need to create a single leading metrological center in Russia.

In 1736 by decision of the Senate a Commission of Weights and Measures was formed under the chairmanship of the chief director of the Mint, Count M.G. Golovkin. The commission considered projects for creating a system of measures based on physical constants, including the introduction of a decimal system for the formation of multiples and submultiples (Pilipochkin et al., 2021).

The College of Commerce dealt with the issues of unity of measures and metrological services in the field of trade. The Admiralty Board took care of the correct use of goniometers, compasses and related measures. The Berg Collegium took care of the measuring facilities of mining plants, mines and mints. There was a need to create a single leading metrological center in Russia (Samedov et al., 2015).

However, the final legalization of metrology in Russia took place only at the end of the 19th - beginning of the 20th century. By this time at all levels of management of metrological support they began to understand its important role in the production process, as well as the tasks that metrological services should solve (Mishchenko, 2018).

After analyzing the literature on the topic of this study the author of the article identified the following stages in the development of the metrological service in Russia (Khabibullin, 2016) (Figure 1):

After the collapse of the Soviet Union in 1991 there was a significant decline in work in the field of metrology in the CIS countries including the Russian Federation for several years. At many enterprises metrology services were significantly reduced and sometimes eliminated. However, soon there was an awareness of the fact that without metrological support it was impossible to produce high-quality products. Therefore, metrology services are currently receiving increasing attention in the vast majority of enterprises. At present, the development of metrology in the Russian Federation is carried out in accordance with the law "On Ensuring the Uniformity of Measurements" adopted in 1993.

The field of science and technology to which metrology belongs includes both the fundamental laws of nature and the rules established by agreement and fixed by legal acts and regulatory and technical documents. Metrology links together theory and practice. Just as it is impossible to do without mathematics in theoretical calculations, so it is impossible to do without metrology in the implementation of these calculations.

Nowadays the mechanical use of foreign experience in domestic conditions is impossible; and modern metrology needs a centralized systematic approach to metrological practice. When developing and applying, for example, methods for assessing the accuracy of measurements and tests, this will help avoid conflict situations in the market regarding the recognition of measurement (test) results, etc. Also, an economy where many consumer operations that have the properties of unity and accuracy should develop on the metrological system. Due to the diversity of natural resources, the domestic environmental metrological system needs to be expanded. It is necessary to attract more and more young specialists and scientists to digital metrology. The improvement of metrological support is required for the production of modern materials and research on the properties of materials, measurements of large masses (more than a few tons) for the domestic industrial sector. The development of nanotechnology, biotechnology, nanoelectronics needs to be improved and created a number of new standards, measurement and control methods in the field of physics, chemistry and biology (Shostin, 1975).

In conclusion it is necessary to note that measurements provide information about the state of certain social and economic processes. The undoubted advantage of measurements is that the information obtained is accurate and reliable. In this regard the decisions that will be made at various levels of government will also be correct. That is why measurements must be carried out as accurately as possible, since inaccurate information can lead not only to a decrease in the level of product quality, but also to production accidents, as a result of which people may suffer.

The current state of metrological support requires highly qualified specialists. Mechanical transfer of foreign experience to domestic conditions is currently impossible, and specialists need to have a sufficiently broad outlook in order to be creative in developing and making decisions based on measurement information. This applies not only to workers in the manufacturing sector. Knowledge in the field of metrology is also important for product sales specialists, managers, economists, doctors, teachers, etc., who must use reliable measurement information in their activities.

Prospects for the development of metrological support in Russia are considered in the context of the implementation of the Strategy for ensuring the uniformity of measurements in the Russian Federation until 2025 (2017).

There is no doubt that when introducing innovations in the field of metrology, it is necessary to take into account the following points (New possibilities of modern metrology, 2021):

Due to their specific characteristics small and medium-sized enterprises have to be more active and entrepreneurial in the market, as they are more flexible and adapt faster to changes and market requirements. That is why more often this sector of the economy becomes the pioneers of new products and technologies.

The innovative activity of enterprises allows them to survive more successfully in the face of intense competition.

The whole sphere of ensuring the uniformity of measurements is conditionally divided into two large parts including the sphere of state regulation and the voluntary sphere. Experts note that “the sphere of state regulation in the field of uniformity of measurements practically does not cover the branches of the innovative high-tech economy: the rocket and space industry, power electrical engineering and power engineering, the production of structural and functional composite materials of a new generation, nanomaterials and nanodevices, electronic instrumentation and their corresponding critical technologies” (Zemelman, 1991, p. 56).