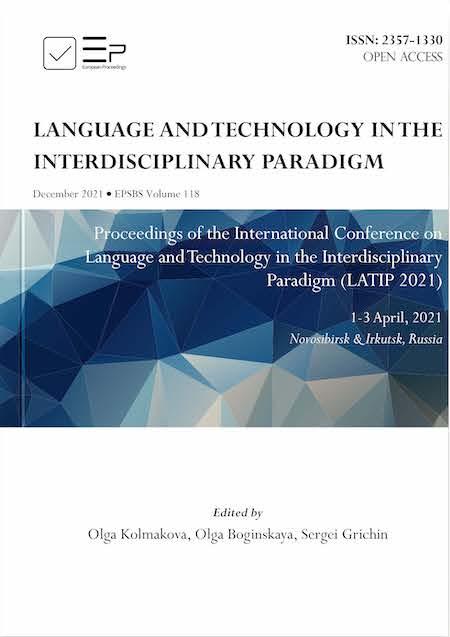 Emotional Intelligence And Conflict Interaction In Russia And In The Netherlands

In conflict process participants experience intense emotions, mostly negative. These emotions influence on their psychological well-being, productiveness, and intergroup relations in short-term and long-term prospective. Rispens and Demerouti (2016) have shown that daily conflicts at work are related to negative emotions experience on the day of the conflict and lead to decline in productiveness on the day after the conflict due to experience of guilt and sadness. Parents involved in destructive interparental conflict did not support their child when he or she expressed fear, anger, or sadness (Lee & Brophy-Herb, 2018).

Timely identification of negative emotions is an additional challenge in conflict interaction. Sanford (2012) has shown that marital spouses are more effective in soft emotions (sadness, hurt) recognition compared to hard emotions (angry, annoyed) recognition. While hard emotions were successfully identified only in case of their explicit expression, soft emotions were recognized even if they were not expressed (Sanford, 2012). Difficulties in aggressive emotions identification and expression may lead to increase of their intensity and destructive manifestation in conflict.

The purpose of the study was to investigate relations between emotional intelligence and preferences of dealing with conflict ways in two cultural contexts: Russia and the Netherlands.

Behaviour Scenarios Questionnaire (Wigboldus, Sinelnikova) was applied to study preferences in ways of dealing with conflict. The questionnaire was developed by representatives of two culture contexts: Dutch and Russian. Situations have been selected and adapted to fit both cultural contexts and discussed by members of “Behaviour Sciences” research group in Radboud University Nijmegen. Participants were presented with the description of 4 conflict situations: with equal and high-power partner in business and interpersonal context and situation-specific ways of communication: express one’s feelings and position, acknowledgment of partner’s feelings and interests, propose solution considering both partner’s interests (integrating), blame the partner, irony. Participants were asked to evaluate on a 7-point scale if they recommend the hero to behave this way in the situation (1 – not at all; 7 – of course he should behave this way). SREIT (Schutte et al., 1998) was applied to measure emotional intelligence. We asked participants to evaluate their agreement with every item on 7-point scale.

SPSS-17 was applied for statistical processing. The normality of the distribution according to the Kolmogorov-Smirnov criterion was checked. If the variable had normal distribution, we applied T-Student criteria, otherwise we applied U-Manna-Whitney criterion to test differences between Russian and Dutch groups in preferences in ways of dealing with conflict. Descriptive statistics and results of T-Student and U-Manna-Whitney analyses are presented in table 1.

SREIT scores are presented in table 2.

Regression analyses was run to test relations between emotional intelligence and preferences in ways of dealing with conflict in Russian and Dutch sample. Results are described in tables 3 and 4.

The study has revealed similarities in preferences of dealing with conflict ways in Russian and Dutch sample. Both Russian and Dutch participants scored relatively high on feelings and position expression and integrating, had moderate scores on acknowledgment of partners’ feelings and position, and had low scores on blaming and irony. Slight, but significant differences were revealed. Dutch participants compared to Russian participants scored higher in direct ways of communication: acknowledgment of partners’ feelings and position, feelings, and position expression, and blaming. Russian participants scored higher than Dutch participants in indirect communication via irony. Results indicate that Dutch students compared to Russian students prefer open discussion in conflict considering interests of all parties. Russian students compared to Dutch students prefer to psychologically distance from the conflict situation via irony, which indicates internal emotional conflict (Zinchenko et al., 2017). One of the possible underlying mechanisms may be that Dutch students compared to Russian students might feel more comfortable in conflict situation due cultural differences in relation to conflicts and their participants.

Emotional intelligence contributed to integration preferences in conflict only in Russian sample. Results indicate that difficulties in emotions identifying, understanding and regulation obstruct conflict’s analyses and constructive resolution considering all parties interests in Russian cultural context. Future research directions are related to more detailed study of the role of emotions experience, regulation and expression in conflicts considering attitudes towards conflict and sociocultural norms of conflict resolution within one cultural context as well as in various cultural contexts.