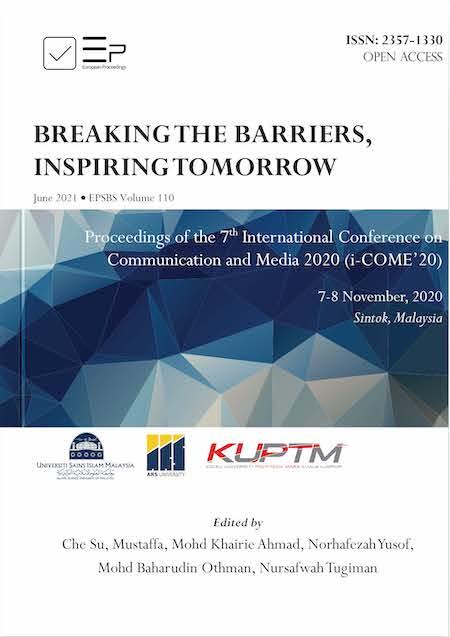 The Equality Communication Model For Teaching Local Languages In Indonesia

Indonesia is a country with the second largest local languages in the world after Papua New Guinea (Tondo, 2009). This condition is in line with the number of tribes that reaches more than one thousand and three hundreds (Hidayat & Hafiar, 2019). The multi-ethnicity also gives birth to numerous cultures. Hence, this situation leads to changes or the creation of new languages, even forgetting one’s local language. This is in line with the previous researches that multi-ethnicity condition will result in language shift, which is a permanent change in one’s language preference for daily life particularly due to migration, or language change, which is the change in language during a period, as stated by Kridalaksana (Tondo, 2009).

The existence of foreign languages is actually inevitable in the midst of globalization era. Every area, particularly urban area, tends to have metropolitan style, namely a style that orientates toward modernization, including in adopting language. It was even mentioned in previous studies that foreign languages are considered as direct means of communication and connecting between nations and languages that open the opportunities for the emergence of new language or foreign language (Pastika, 2012). Therefore, in terms of the preference in using foreign language better than local language, precaution act must be done so that local languages will not extinct, and one will not be trapped in disadvantageous situations.

Several research results that have been discussed affirm the position of local language as a basic language. The use of local languages has the ability to alter one situation into a better one when used in every area. This means local languages are still used as daily means of communication. On the other side, Indonesian language is also used, and functions as a national language that is taught in educational institutions. Also, foreign languages are also used that adds knowledge to children.

This study aims to determine the level of knowledge and use of local languages. The research also wants to find a solution to the right approach in instilling the interests of millennial generation using their respective local languages.

This is a qualitative descriptive study, which is a study that focuses on describing in-depth and systematic description of research results. Qualitative descriptive also intends to describe the relationship between the results with the relevant concepts and theories (Denzin & Lincoln, 2009). Qualitative descriptive in the context of this study intends to describe the results and the findings of the fields related to local language teaching method and its implication for the communication of millennial generation. To get the expected results, researchers used data collection techniques through interviews. Data retrieval was done at data sources that involved millennial generation. Interview results were analyses in several steps to make data conclusion.

Participants were chosen by purposive sampling with criteria as millennial generation or born between the 80s and 90s. In addition, these participants also came from various tribes so that they have different regional languages. Sampling criteria was also conducted so that informants selected met the requirement suitable with the research needs (Mohammad et al., 2016). There were 57 informants in this study were from Lampung Province, Jakarta, and West Java Province. The informants were students from two universities in Lampung Province, two universities in Jakarta Province, and four universities in Bandung City, West Java Province.

Other factor why millennials do not acquire local language teaching directly from their parents is due to ethnic differences between their parents. There are inter-ethnic marriages or, in other word, cultural integration within marriages (Hidayat et al., 2019). The phenomenon of cultural integration in a multiethnic society can encourage the birth of a new language or new provisions by using a new language or the national language of Indonesia. The depiction of the cultural integration impact is also reinforced by previous findings that multi-ethnic conditions will cause language shifts, i.e. constant changes in one's language choices for everyday needs (Tondo, 2009). This cultural integration condition is also revealed by one of the informants in this study: “I was born in Bandung, my father originally came from Surabaya city and my mother originally came from Bandung city and stayed Tangerang city, so I was confused which one is my mother tongue, and my parents use Indonesian language in daily life (Informant interview of August 9, 2019). Indeed, cultural integration often occurs in multi-ethnic areas that creates confusion for children in finding their cultural identity. As a result, language as an identity in the family is no longer used.

Advances in technology should not change approach and communication technique. It is okay to utilize technology such as smartphones, android or alike, but do not forget to use the local language of their respective regions. Technology advancement without changing local culture values was once found in Kajang community, where there was transformation in communication and information, although slowly but sure, but the existence of its culture was still maintained (Abdullah et al., 2014). Language teaching that collaborate with technology will make it easier to raise confidence of millennial generation to use their native language. Awareness will also help and fasten community in conserving local languages.

Family and playmates as environmental factors are the two main factors that are recognized by millennial generation as informants about the reasons why it is difficult to use their local language. In addition to these two factors, the weak factor of the local government system in enforcing language rules is also considered to contribute to the decline in the use of local languages. According to the informants, the one that can regulate and enforce the discipline of using local languages is the local government. This is in line with the research results on the implementation of regional language policies in West Java Province. The results of the study include suggesting that the West Java Provincial Government needs to prepare policies to implement technical regulations, so that policies on regional languages are easily operationalized (Nirmala, 2019). Strict regulations are able to drive millennial generation to use local languages. The strict and binding regulations become the informants’ concern so that they are not negligent in learning as well as using local languages. Please refer to the Figure 1 that described the equality model on local language teaching.

Based on various views on the teaching and use of local languages as a communication tool, the millennials, in addition to suggesting the establishment of a firm local language system, also suggest a model of teaching approach, called the one tribe one language approach. The approach does not look at the number of tribes, but takes one language from one tribe in each region. According to the informants, the approach does not distinguish between ethnic groups in multi-ethnic communities. Only one language from the various ethnic groups is recognized as the language of their native language. The approach offered by millennials is relevant to the concept of equality. The concepts commonly used in effective interpersonal communication processes (Hidayat, 2012). The same thing has been proven through several studies that equality can encourage the formation of positive characters such as openness, togetherness, and manners (Suranto, 2014). The equality approach can also build awareness of shared interests (Wulandari & Ahmadi, 2015). Equality is also able to accelerate interpersonal relations (Pratiwi & Sukma, 2013). Teaching with the equality communication approach also involves empathy, which means trying to promote togetherness, rather than personal interests (Yayu et al., 2019). Empathy is the key so that each member in the community group can be open to each other, and accept the importance of using one regional language that is tailored to their place of residence.

Currently, millennial generation rarely use their local language in everyday communication as a result of several factors. However, they suggest a solution in the form of equality teaching model, which is a communication approach in local language teaching by determining one language in one region. Although in certain regions there are many languages, but it is suggested to apply only one regional language. However, this approach will not be effective if the local government as a regulator does not try to discipline local language regulations. Therefore, there must be cooperation between local government, leading sectors, and families to jointly foster interest in learning local languages for millennial generation as a communication tool.

The equality teaching model is expected to be able to encourage the interests of millennials to learn and use local languages. The equality model emphasizes the elements of interpersonal communication including sincerity, openness, and acceptance of the values that apply in each region, including the value of using local languages. The equality model emphasizes one regional language as a shared identity within the community. In each region, of course there are various tribes that gave birth to many languages. Therefore, it is hoped that differences in ethnicity do not mean the language used must also be different. However, there must be seriousness to accept the use of one language that is adapted to where one resides.