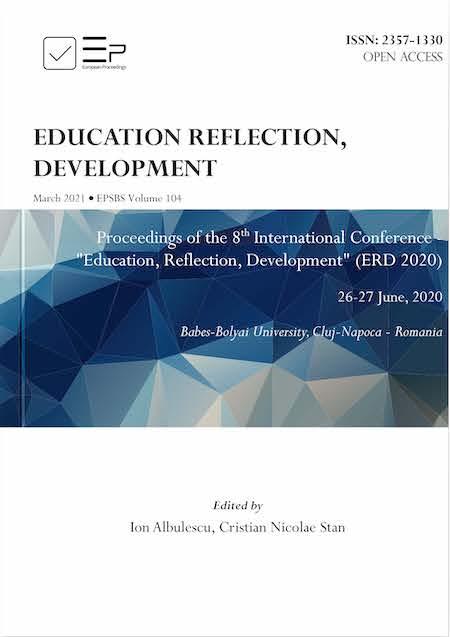 The objective of our research is updating of the training program. The purpose is to improve and restructure existing strategies, by introducing aids and testing devices, in order to develop coordination and agility. For statistical data processing we used the program StatsDirect v.2.7.2. I made the graphical representations with the Excel application. Determination of the acceleration speed level was used a physical test: Arrowhead Agility Drill test - in 4 forms (with ball, without ball, left, right); measured with the Microgate Witty Manager System technology equipment. The subjects participating in the experiment with a duration of one year, by football players of the two football clubs. Results between the two samples (groups) – we found statistically significant differences between the two samples, both to the right and to the left: Arrow I vs Arrow III (p &lt; 0.001) and Arrow II vs Arrow IV (p &lt; 0.001). Conclusions we combine three exercises (plyometrics + sprint + endurance) according to our objective (to increase coordination and agility) and with the characteristics and limitations of the target group (14-16 years).

Regarding its content, purposes and research methods used, this study highlights topical elements of football, by emphasizing the impact of interdisciplinarity and the role of agility and coordination development. Our main focus are football players aged 14-16 years.

Our premise is that the speed in football improves gradually, if we improve the coordination, and in trainings we focus on developing the different forms of manifestation of speed and agility. In this way we will increase the sports performance and the development of agility and coordination in football.

Acceleration ability is a component of speed that is highly valued in football. Together with the motor acts: shooting, hitting and throwing, acceleration is that form of manifestation of speed which, if used effectively during the match, makes the difference between winner and loser.

The key moments in which acceleration explosions occur in a match are overcoming a defender or performing an attack phase (Faude et al., 2012; Meir et al., 2001; Rienzi et al., 2000). Acceleration can be used as an offensive or defensive weapon during competition. That is why the development of acceleration has become a priority in the physical training of athletes.

It is assumed that the implementation of an intervention plan focused on increasing the speed of acceleration will result in achieving better competitive performance. According to Bangsbo et al. (1991), speed training for football players pursues the following goals: increasing the ability to perceive situations in a game that requires immediate action (perception); increasing the ability to take immediate action when needed (evaluate and decide); increased ability to produce rapid endurance during high intensity exercises.

The purpose of this paper is to improve and restructure existing strategies, by introducing aids and testing devices, in order to develop the speed of acceleration. The subjects participating in the experiment and the research organization.

To identify the value of development of the acceleration speed a physical test was used: Arrowhead Agility Drill test; The aspects pursued in this study are: the times taken by the subjects in the speed tests, measured with the Micogate Witty Manager System technology equipment.

Intervention plan in the preliminary study - The professional profile of the football player between 14-16 years old, should contain technical skills such as passing, catching, first touch, centering, returning, direct shooting, different hits, dribbling and slots , etc., tactical skills such as anticipating the game, defending (1X1), changing the direction of the attack, different individual actions, completing the attack (in the case of the attackers), etc., a good level of physical training to effectively perform foot games, specific speed, and to possess mobility and a good motor reaction (Cronin & Hansen, 2006; Delecluse, 1997; Martinez-Valencia et al., 2015).

To build the design of the research we tried to take this into account but we adapted these exercises to the needs of the target group, namely for athletes aged 14-16 years.

We applied a longitudinal experiment, 2 junior football teams between 14-16 years old participated in the study. Of these 2 teams, one benefited from the special intervention program, this one representing the experiment team, and the other team representing the control team.

Physical tests used for the evaluation of the motor quality of speed and coordination:

Test measured with Microgate Witty Manager System technology - The Arrowhead Agillity Drill test is performed in four different modes: performed at the highest speed without ball, then with conducting a ball at feet, to the right, then to the left, on a well-defined path (See figure ).

The results of this test provide us with important information on acceleration speed, agility, coordination capabilities as well as the correlations between these indicators. For a better appreciation of the level of motor qualities, the measurements of the athletes were recorded with Microgate Witty Manager System.

The measuring instrument - using the Microgate Witty Manager System technology - is the management software of the Witty Timer Kit. It can be used to organize the data of athletes participating in the experiment to custom tests and presonalized the tests, to show the obtained results. (Www.microgate.it/witty). The Witty hardware system includes: 1 stopwatch, 2 wireless photocells, 2 reflectors, 4 tripods, 1 battery charger, USB cable.

The software system is divided into 5 main sections:

Athlete’s personal data - In this section we can create and edit athlete profiles. The data about each athlete, together with different notes and images create a profile. These profiles created for each athlete, can be sorted alphabetically or displayed by a number, all being displayed in the main list. (Www.microgate.it/witty).

Tests - There is a possibility for this Witty Timer tool to create three types of typing: basic, multistar and counting. The basic program is performed in successive order of the subjects in the experiment. You can do a Sprint test with, or without intermediate times: sprint in a straight line or in a circuit. A Go & Return test can also be performed (being performed with several points or several rounds at one point). A last option is Shuttle with a monitored recovery between executions. You can also select the Multistart option, due to the length of the test. In this mode, the next athlete must start before the next athlete completes the test.

Witty - From this part of the software you can act on the Witty timer and from your personal computer you can download or upload the data in Witty, to personal computer, updating Witty firmware and photocells.

Utilities - in our research we used all the advantages offered by this tool when performing tests and measurements, especially in Arrowhead Agility Drill testing, where we obtained important data not only on speed, but also on skill and agility indices. (Www.microgate.it/witty).

Statistical indicators - By calculating the elements of descriptive statistics, indicators of centrality, location and distribution were used.

Arrow I – completing the track without the ball (to the right)

Arrow II - completing the track without the ball (to the left)

Arrow III - completing the track with the ball, technical task (to the right)

Arrow IV - completing the track with the ball, technical task (to the left)

Analysing the results of the arrowhead agility drill test (Arrow) we have found:

- at the ball-free test - No statistically significant differences were observed between two sides, right and left: Arrow I vs Arrow II (p> 0.05). This result shows that at the initial testing the two batches were at the same level in the ball-free test, see figure .

-at the test with the ball at feet no statistically significant differences were observed here either, the two sides, right and left: Arrow III vs Arrow IV (p> 0.05). This result shows that at the initial testing the two batches were at the same level in this test.

This means that in both cases (Gr I, II) and in both sides (left, right) the subjects performed better without ball than with the ball at feet, a result which is not surprising. Our goal is to reduce this gap, or at least improve it after completing the study, see Table .

- at the ball-free test - no statistically significant differences were observed between the two sides, right and left: Arrow I vs Arrow II (p> 0.05)

- at the test with the ball at feet - no statistically significant differences were observed between the two sides, right and left: Arrow III vs Arrow IV (p> 0.05)

between the two samples (groups) - without ball and with the ball at feet, for group I and for group II

- statistically Significant differences were observed between the two groups, both in the right and in the left arrow: Arrow I vs Arrow III (p &lt; 0.001) and Arrow II vs Arrow IV (p &lt; 0.001).

We conclude from these results that the subjects of both groups improved their coordination abilities at the end of the study.

These results, as can be seen from the figure above (Figure ), show in fact that, compared to the initial testing, there was a significant improvement of the experimental group compared to the control group, in all 4 samples of the Arrowhead Agility Drill test (left, right, with the ball, without the ball).

In order to improve acceleration, it is not enough to introduce a safe exercise in training, which cannot be the main tool and no single method. It is necessary to develop an integrated approach in which we can combine these methods in order to streamline the development of speed (Cappadona, 2013; DeWeese et al., 2015; Rumpf et al., 2015; Young, 2006).

The recorded results show a high level of the tested indices, the level of preparation of the subjects being within the parameters of the age particularities. The information obtained as a result of conducting the preliminary research gives us the possibility of a suitable management of the specific training program.

Our research hypothesis is confirmed through the results we have obtained and motivates us to continue expanding the research on a larger batch. There were statistically significant improvements in most of the studied items: Arrowhead Agility Drill test - in 4 forms (with ball, without ball, left, right).

In our research, we tried to combine all these three elements (plyometrics + sprint + endurance) and modify them according to our objective (to increase coordination and agility) and according to the characteristics and limitations of the target group (junior 14-16 years). It is important that in football training we also find an integrated approach in which to combine endurance training with sports practice. Also, the training process can be better organized in such a way that each component of the factors of sports training is a physiological, methodological, psychological or technical stimulus, applied to the athlete.

Research in the field of football shows that physical training plays a fundamental role in achieving performance. Training planning and coordination is vital to achieving performance; all this planning must include the competitive calendar, the composition and the level of the team, the goals of the club, the game system and the level of the opponents (Lopez-Segovia et al., 2011). The speed of movement, the changes of direction in the football game are influenced by the explosive force level (Gissis et al., 2006). The importance and the selective influence of the maximum acceleration capacity on the change of direction, of the linear sprint, of the momentum of the sprint was tested on football players. Coordination, the basic motor quality in football was evaluated in football academies, at different age categories, thus highlighting its importance.

Thank you for a good collaboration with Radu Rozsnyai. This article represents a part of one study of him PhD Thesis.