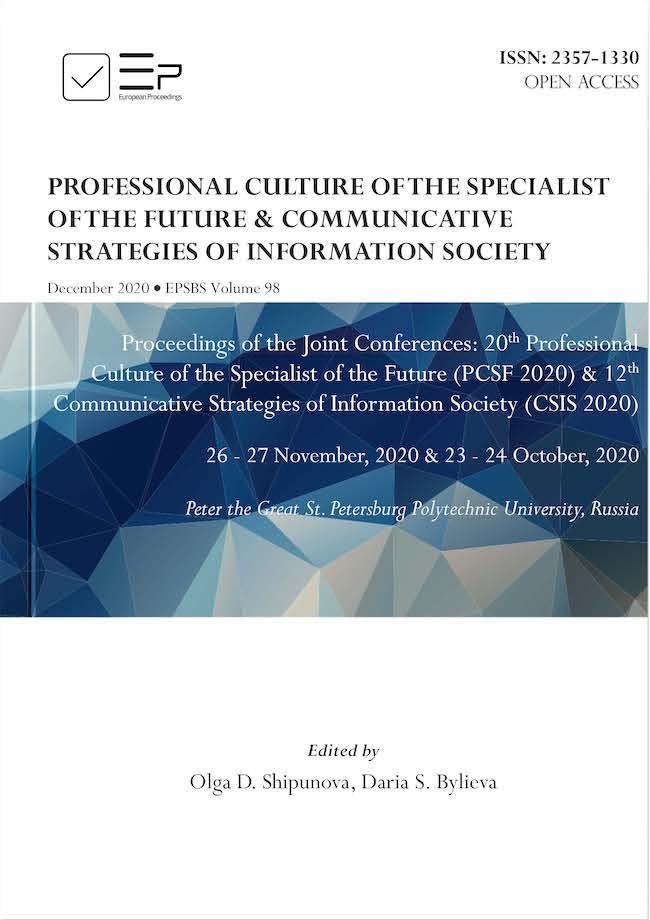 The Newest Virtualization Trends: From The Future To The Post-Future

Intensive development of computer technologies in the last 4 decades had a significant impact on social interaction and this fact attracted attention of sociologists. Sociology theorists have introduced the concept of virtualization, which describes the state of a society that is increasingly immersed in virtual interaction. However, existing virtualization theories do not adequately describe the processes taking place in the society and are based on false bases. The postmodern interpretation of virtualization contrasts the virtual world of reality with the physical, not social, reality. Such an opposition makes no sense from a sociological point of view. The discrepancy of theoretical ideas with the practice of social interaction has led to the fact that since the beginning of the XXI century virtualization theories have not been developing. Freeing the theory of virtualization from illusory notions can give a new impetus to its development and unlock its potential. This article suggests the concept of virtualization as an augmented reality (Web 4.0), which describes the change in social interaction in the near future. In the longer term, the development of computer technologies is expected to lead to the emergence of a new type of virtualization - the Global Infofield (Web 5.0). Formation in the near future of Web 4.0 virtualization and in the subsequent period of post-war virtualization Web 5.0 will change the usual life of each individual and will be a promising and interesting object of scientific research.

The question of the impact of computer technologies on the daily life of a person has been of interest to both scientists and ordinary people since the time when computers became available to the mass consumer. It is this area of technology that raises hopes for the future, when technical solutions enable individuals to gain new opportunities for work and everyday life. The greatest interest in studying the impact of computer technology and the Internet on social interaction was shown by the representatives of postmodernism, in the framework of which theories of virtualization emerged in the early 90s of the XX century (Buhl, 1997; Ivanov, 2000; Kroker, 1994). A decade of rapid development of virtualization theories has been replaced by stagnation in this sphere, and although new publications on the virtualization problem appear, there are no fundamentally new ideas, the theory does not develop. Since virtualization as a social phenomenon has not disappeared, but on the contrary is actively developing, we can assume that the stagnation in the development of virtualization theory is not due to the fact that it has exhausted its potential, but to the mistakes of theorists. Correction of errors in the development of this theory, as well as identification of the true essence of virtualization seems to be an urgent and promising task.

To understand the origins of the crisis of virtualization theory we should consider the essence of the "real" and "virtual" dichotomy itself. In the Baudrillard’s tradition, virtual reality is actually opposed not to social reality, but to reality in the physical sense. For example, such an animal as a unicorn should be considered unrealistic, because there is no living organism corresponding to this concept. At the same time, the image of a unicorn is present in culture, everyone knows the meaning of this word and from the sociological point of view, a unicorn has to be recognized as a really existing phenomenon. Awareness of this fundamental mistake by Baudrillard leads us to reject postmodern sociology, especially the theory of virtualization. Freed from the illusory notions of postmodernism, we can consider the real essence of virtualization of society.

Methodological Foundation of the Research

The Set of Research Methods

Within the framework of the chosen methodology, the methods of theoretical sociology were used to analyze the social essence of the process of virtualization of society. The methods of concept reconstruction and theoretical synthesis were used.

The Augmented Reality Web 4.0 as a Trend of the Future

It should be noted that the augmented reality is already penetrating into the daily life of society. For example, a city map on a tablet screen in a moving car is a virtual element, but it exists in the real physical world and is involved in real social interaction. This is the simplest example of the Web 4.0 augmented reality. To understand the potential impact of this technology on society's life, it is necessary to imagine the possibilities of its application in the near future. By analogy with virtual reality glasses, which show the user the images of the virtual space, you can create augmented reality glasses, which will complement the real image with virtual elements. The idea of creating augmented reality glasses has already begun to be realized. In particular, since 2020, Russian police officers have been producing glasses with built-in face recognition FindFace Security. Augmented reality glasses may be necessary for every individual if they can show information about others (their profession, name, social status, return). To implement this idea, they must be applied together with the chip containing such information. In this case, the Augmented Reality glasses will make it possible to find the right person in the crowd and generally facilitate interaction.

The Global Infofield Web 5.0 as a Trend of the Post-Future

Further development of computer technologies can open even more exciting perspectives before the mankind. The greatest potential is possessed by technologies that can provide a connection between the human nervous system and the computer network. The assumption of the possibility of inventing such a technology was first voiced by Kurzweil (2005), a futurologist, who in his book "Singularity Close" suggested using medical neuronanorobots by Freitas (1999) to connect the brain to a computer network. Kurzweil (2005) suggested that "the revolution in the field of robotics (or 'strong AI') includes reverse engineering of the human brain, which means coming to the understanding of human intellect in information terms, and then combining the obtained results with increasingly powerful computing platforms" (p. 87). The technology described is similar to science fiction, but specialists in natural and technical sciences accepted Kurzweil's forecast as a guide to action.

Implementation of neural lace technology will create a system of interaction between technology and a living organism, which will connect the brain and cloud (“human brain/cloud interface” (“B/CI”). The ability to exchange information between the brain and the Internet will transform society (Schroeder, 1994). In essence, this means the creation of a new type of Internet, which we called Web 5.0 Global Infofield - a global information network with the ability to connect human nervous activity with external information flows of the network. The emergence of a fundamentally new type of Internet will lead to the development of a new type of virtualization of society. Virtualization of the Web 5.0 Global Infofield type is a type of social interaction in which the boundaries between cyberspace and social interactions in real physical space are blurred due to the possibility of direct human thinking influence on virtual elements. While in all past types of virtualization computer technology has played the role of mediating communication between individuals, the Global Infofield will directly unite thinking individuals.

If implemented successfully, the Global Infofield can provide everyone with direct access to a vast amount of knowledge and reduce the speed of university studies. The emergence of such opportunities can contribute to an unprecedented flowering of science and technology, freeing people time for creative development. Presumably, the Global Infofield will be able to unite several people into a single superbrain and achieve collective thinking for solving complex problems.

The development of virtualization like Web 4.0 and then Web 5.0 will significantly change public life in the same way as it was changed by the emergence of the Internet and social networks (Bagozzi & Dholakia, 2002). Consistent development of virtualization can change the whole culture. The Global Infofield essentially connects the inner thinking world of man and the outer world. In this way the basic question of philosophy is resolved.

Sociologists mostly describe social changes in fact when they have already occurred. Over the past 20 years, their efforts have focused on adapting already known theories (Ignatow, 2020) to the reality of the digital age. Our proposed virtualization concept can anticipate a social change.

Trends of computer technologies development studied in the course of research testify to the fact that in the nearest future virtualization processes will greatly change the character of everyday social interaction (Tohidi & Jabbari, 2012). This change will be as far-reaching as the emergence of the Internet as a means of communication has changed our daily lives in the past. Absolutely all technical solutions necessary for the full implementation of the Internet Web 4.0 Augmented Reality already exist and work successfully. Mass production will make this technology cheaper and more affordable for every individual. The development of technology to link the human nervous system with the computer network Web 5.0 will be the next stage of virtualization, which will change all aspects of everyday life of an individual. With the ability to directly influence the outside world with thought, people will have additional opportunities for work, study and interpersonal interaction. These fundamentally new changes in society will require sociological reflection and give impetus to the development of sociology.