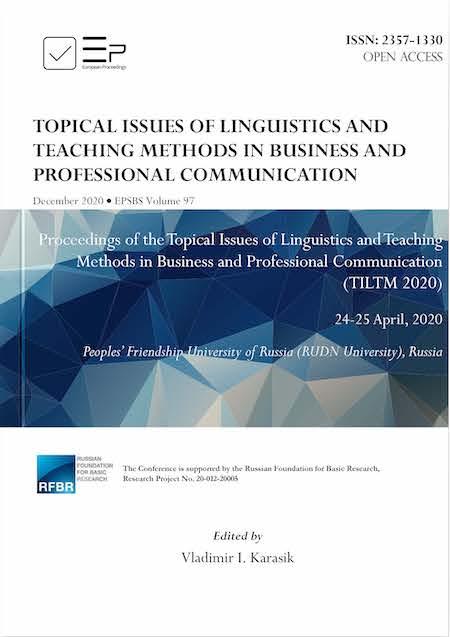 Sociocultural Aspect Of Crosscultural Communication In The Modern World Of Globalisation

However, the impact of intercultural communication on global business has seldom, if ever, been successfully measured. Unsuccessful joint ventures, marketing gaffes due to inaccurate translations and failed forays into new markets are rarely attributed solely to ineffective cultural understanding and communications. It is unrealistic to expect that a single aspect of a global business environment could be isolated and measured to any degree of accuracy. For this to happen, research and business case history would need to intersect in a systematic manner, using a pre-determined scorecard.

Current world events lead us to believe that our collective ability to communicate interculturally is insufficient. Sadly, with warfare still a modern reality, we cannot underestimate the importance of understanding and communicating with cultures different from our own. The greater the (psychological) distance between two cultures, the more difficultly there will be in intercultural understanding.

The hypothesis of the present research is formulated as follows: the increase of the intercultural communication effectiveness in a multicultural environment can be achieved through the use of appropriate methods and approaches to solving communication problems of linguistic, cultural, and personal nature.

In writing this paper, the author relies on the scientific research and applied development of Russian and foreign scientists and practitioners on the research problems in cross-cultural communication, particular, in the functioning of person’s mentality and cultural environment. The paper uses a dialectical method of cognition and a systematic approach to the study of the problem; applied general scientific and special research methods: analysis, in particular comparative analysis, synthesis, analogy, classification, as well as historical and logical methods, tabular and graphical techniques. The information base of the work is foreign legal research in the field of business communication. When writing the article, the official statistical information is used, as well as information from the official websites of research agencies, institutes and other organizations;

This research paper applies to the possibility of learning the meanings of cultural interaction on the basis of transactions between different cultural worlds, symbolic systems, individual and collective cultures. Perhaps the process of renewal of qualitative research methods in the context of cross-cultural and intercultural communication really needs to start with a reflection over the life history of the researcher given that the researcher is also immersed in the norms, values and beliefs of the institutions, communities and movements in which she or he functions, and which give ideological form to the whole process.

The theoretical study was based on the methods of system analysis, as well as the theories of international management and intercultural communications.

Besides, the expert survey was also used to determine the methods and approaches to solving the problems of intercultural communication.

The online survey involved 29 experts, including managers of international projects (17 persons), as well as university staff, namely, teachers of the Department of Management (12 persons).

The experts were asked a number of questions concerning the intercultural communication problems, as well as methods and approaches to their solution.

At the first stage of the research, the analysis of scientific literature on the problem of the human factor in intercultural communications was carried out.

At the second stage of the study, an expert survey was conducted on the problems directly related to international communication in a multicultural environment, as well as methods and approaches to their solution.

The stages are presented in Figure .

Let us consider successively the problem categories that are directly related to international communication in a multicultural environment.

Language problems are recognized by the experts participating in the survey as the most common type of problems occurring in international communication and multicultural environment. Problems arising from the use of a non-native language as a common means of communication are usually divided by the type of communication: verbal, nonverbal, and paraverbal.

Language is a part of culture because language is the vehicle for nearly every type of cultural expression. Even seemingly, wordless artifacts in media such as music, dance, food, costume and handicrafts are ultimately transmitted from one generation to the next via lessons, apprenticeships, recipes, and instructions that are expressed using language. Cultural concepts are embedded in language, and the architecture of each language contains culturally specific features. These include both lexical and grammatical characteristics. The lexical characteristics are often the most obvious and tend to attract more attention. Some social scientists consider that without language, culture would not be possible. Language simultaneously reflects culture and is influenced and shaped by it. In the broadest sense, it is also the symbolic representation of a people, since it comprises their historical and cultural backgrounds, as well as their approach to life and their ways of living and thinking. In a word, culture and language are inseparable. Many linguists exploring the relationship between language and culture hold the view that language and culture are two symbolic systems. Everything we say in language has meanings, designative or sociative, denotative or connotative. Every language form we use has meanings, carries meanings that are not in the same sense because it is associated with culture and culture is more extensive than language.

Studies in this regard note that cultural influence on the individual is a significant factor influencing beliefs and behavior models, namely, trust and fear, lack of participation, and willingness to fulfill obligations, lack of openness, and dissemination of information (Luckmann & Farber, 2016)

According to experts, understanding and using cultural differences gives communicants the opportunity to create an environment of mutual trust and mutually beneficial cooperation. Thus, intercultural and personal aspects of communication are interrelated. Let us analyze the problems and challenges related to the personal perception of the individual. The problems of cultural and personal issues and the corresponding methods and approaches to their solution are given in Figure .

Types of cultural and personal problems are presented in Figure .

One should respond slowly and carefully in cross-cultural exchanges, not jumping to the conclusion that you know what is being taught and said. Often intermediaries who are familiar with both cultures can be helpful in cross-cultural communication situations. They can translate both the substance and the manner of what is said. For instance, they can tone down strong statements that would be considered appropriate in one culture but not in another, before they are given to people from a culture that does not talk in such a strong way. They can also adjust the timing of what is said and done. Some cultures move quickly to the point, others talk about things long enough to establish rapport or a relationship with the other person. Effective communication with people of different cultures is especially challenging. Cultures provide people with ways of thinking – ways of seeing, hearing and interpreting the world. Thus, the same words can mean different things to people from different cultures, even when they talk the “same” language. When the languages are different and translation has to be used to communicate, the potential for misunderstanding increases. It is perceived as the best way of communication (Javidan & House, 2001). The experts underline that despite this fact, verbal communication should be supported by written communication where possible, especially in the case of the transmission of important information.

Another fact, which according to experts, should be kept in mind to minimize language misunderstandings and inaccuracies in intercultural communication, is the inability to guarantee one hundred percent appropriate level of language proficiency. At the beginning of the business intercultural communication process, the language skills of communicants may not be identified accurately. Since language and culture are interrelated, the mental aptitudes of some nationalities, especially in the case of proficiency in English as the international business language, allow communicators to use trial and error as the best way to master a foreign language. In other words, people hide the lack of language skills and allow themselves to learn from their mistakes in the course of communication. To address this discrepancy, experts recommend trusting common forms of language certification and at the same time monitor their actual effect depending on the country of issue.

Thus, planning the level of language skills required for successful intercultural communication is a necessary step in preparing for international business communication.

At the same time, according to experts, it is necessary to distinguish between spoken and professional language styles. If a spoken foreign language is mandatory to perform any joint activity, while the permanent availability of a skilled interpreter is not possible, the appropriate level of knowledge of the spoken language should be checked in advance.

Speaking about the problems of cultural nature, the experts note that there are two important aspects necessary for improvement and successful work in a multicultural environment, namely, intercultural consciousness and intercultural resistibility.

Speaking about personal problems, it should be noted that noise in communication is a consequence of own perception barriers which dictate how we present or perceive messages, as well as personal interpretations, attitudes, biases, and prejudices which lead to ineffective communication (Zubkova, 2011).

Personal perception is a category which includes questions related to people's perceptions, opinions, beliefs, and psychology. So, as experts clarify, people focused on personal relationships, are less comfortable to discuss important issues in writing or on the phone. This is called avoiding a certain type of communication owing to personal preferences.

The authors believe that Russia should widely implement this positive international experience, developing its own working arrangements to improve the effectiveness of intercultural cooperation and communications.

The article analyzes the problems arising in intercultural communications, as well as offers approaches to their solution. Taking into account the analysis of the literature, three main categories related to communication in a multicultural environment are identified, namely, language problems, problems of a cultural nature, and problems related to personal perception.

The results of the study have confirmed the hypothesis that improving the effectiveness of intercultural communication in a multicultural environment can be achieved through the use of appropriate methods and approaches to solving communication problems of linguistic, cultural, and personal nature.