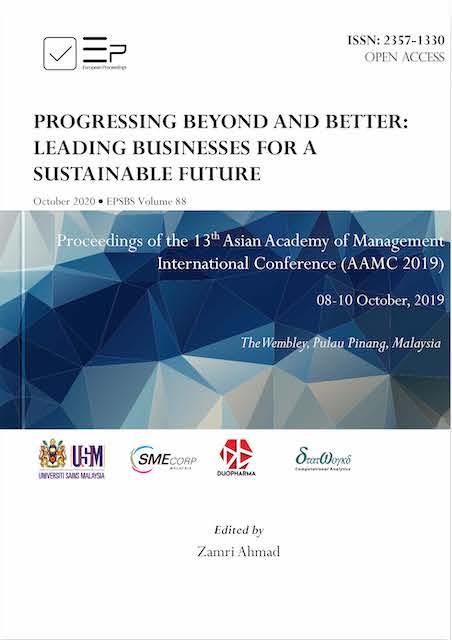 In order to discuss the quality of life (QOL) of the elderly in urban communities, an anonymous survey of the aged population in urban community home-care centres managed by cooperative enterprises was carried out by reference to the World Health Organization Quality of Life: Brief Version (WHOQOL-BREF), the WHOQOL-BREF is a widely used questionnaire for measuring quality of life. A total of 324 participants were included in this study (53.7% male,46.3%female). The super-aged population (>80 years old) was the largest in terms of age, accounting for 61.4%. Among all respondents, 248 had education through middle school or lower, accounting for 76.5%. The QOL of the aged population in urban community homecare centres was evaluated according to the survey results. Financial resources and residential satisfaction significantly affected the QOL of the aged population. Physical health conditions, living environment, dwelling conditions, family disputes, and economic conditions were significantly correlated with the QOL of the aged population. Among them, standardization of living environment was the most important influencing factor, followed by physical health conditions.

With the development in the global economy and medical treatment, aging has become a global issue. Due to its large population, continuous improvements in life expectancy, and fertility-limiting policies, the Chinese population has the largest elderly population and is one of the most rapidly aging demographics. Aging will become China’s main demographic issue in the 21st century. At the core of this issue is the quality of life (QOL) with the aged.

The World Health Organization (WHO) defines health-related QOL as experiences of individuals in different cultural and value systems or living conditions regarding their goals, expectations, standards, and related affairs. It covers physical health, psychological states, independence, social relations, and beliefs of individuals, as well as their relationships with the surrounding environment (Group, 1994) A consensus among the public is that healthy individuals enjoy a content level of QOL. Recently, the concept of QOL has raised widespread concern among public health researchers. Scholars have shown increasing ability to evaluate QOL, which has been regarded as an important indicator of health-related research worldwide (Lodhi et al., 2019; Ohaeri et al., 2009).

Before the 1960s, the content of the QOL indicators was almost objective; after the 1960s, the subjective level began to receive attention in the QOL indicators system. Some researches have mentioned that objective indicators of QOL can only explain the QOL of 15% of residents, while subjective indicators such as self-evaluation of health status, interpersonal relationship and life satisfaction can explain 70% to 80% (Bukenya et al., 2003). Therefore, subjective QOL is vital for evaluating residents' QOL, and the analysis results are more realistic. Life satisfaction is an individual's subjective evaluation of the QOL on the basis of the standards set by himself and is an essential indicator to measure the subjective QOL.

In this study, several dimensions were selected: physical health, mental health, living environment, economic conditions and social support. The physiological function of the elderly gradually degenerates and decreases, and their economic ability weakens with age. The psychological state and social adaptability also change, which affect the QOL of the elderly to a certain extent.

What other variables influence the QOL of the elderly, and what is the influencing mechanism and mediation or adjustment effect of these variables? These problems have rarely been studied. An anonymous investigation of the aged population was conducted in community home-care centers in some cities of one province, aiming to analyse influencing factors and action mechanisms of QOL of the elderly.

It is proposed to conduct a survey on the characteristics and QOL of the elderly in the old-age care service centres of the relevant cooperative communities, in order to explore the following issues: What are the characteristics of the elderly people in community old-age care service centres? How is their QOL? What factors affect their QOL? Improving the physical health and living condition of the elderly is the key to improving their QOL. As reported by past researchers, physical health is a significant reflection of QOL, and the living condition has an important impact on the QOL of the elderly. On the other hand, despite the growing research on quality of life, researchers are still calling for research to improve knowledge about factors that affect QOL.

The WHOQOL-BREF supplied the major questionnaire items for this paper. An anonymous investigation of the aged in urban community home-care centres was carried out to evaluate QOL of the relevant aged population. Twenty items affecting the QOL situations of respondents in the last two weeks were discussed, including physical condition, psychological condition, economic conditions, employment conditions, family relationships, and social relationships. These items were scored by five-level frequency, and scores mainly ranged between 36 and 86. A respondent’s total score was the sum of all items. Higher scores imply better living quality.

To assure statistical quality, reliability was tested by the Cronbach coefficient, Cronbach’s . Named for Lee Cronbach, an American educator, in 1951, Cronbach’s refers to the mean of the split-half reliability coefficient of all possible item-classification methods of the scale. It is defined as:

In this investigation, 324 valid samples were acquired. Males accounted for 53.7% of the respondents. The super-aged population (>80 years old) was the largest in terms of age, accounting for 61.4%. Proportions aged 7080 and 6070 were 22.2% and 16.4%, respectively. Among all respondents, 248 had education through middle school or lower, accounting for 76.5%. Results are listed in Table .

One-way ANOVA is applied to test significant difference on mean of one dependent variable of multi-group samples which are influenced by single factor. Suppose the single factor contains r levels, denoted as . Given , the investigated indexes are the r totalities. Suppose：

(1) Each totality conforms to the normal distribution, i.e. .

(2) The totalities have equal variances ( ).

(3) Samples extracted from each totality are independent,

In this study, QOL scores of the elderly with different sociodemographic characteristics were compared by ANOVA. Results are shown in Table .

Generally, ANOVA can only judge whether the control variables significantly influence the observation variables. A correlation analysis is needed as a supplement. A predictive model is constructed for prediction. When there are more than one predictors, a simple linear regression model is extended by giving each predictor a separate slope coefficient, which is known as multiple linear regression analysis.

If is defined as the response variable, are predictor variables, and there is a linear relationship between the response and predictors, then the multiple linear regression model takes the form:

In this study, the total QOL score was used as the response variable ( ). Entertainment activities ( ), living environment ( ), physical health conditions ( ), psychological conditions ( ), economic conditions ( ), dwelling conditions ( ), and family disputes ( ) were used as predictors in ANOVA. In accordance with the standards αin= 0. 05 and αout= 0. 10, the multiple linear regression analysis was performed by the gradual regression method.

Results showed that the F-statistic and p-value of the fitting model were F = 65.983, and P<0. 001. Five independent variables, , , , , and , were entered into the model and R2 was adjusted to 0.501. This reflected that all five independent variables could explain 50% of the total changes. The multiple linear regression equation was as follows (Table ):

In August 2016, General Secretary Xi Jinping highlighted at the National Health and Fitness Conference that “health is the essential requirement to facilitate comprehensive development of human beings, the fundamental condition of economic and social development, an important sign of national prosperity, and the common pursuit of the masses. The public health shall be put in the prior strategic position. Aging of population and health problems of the aged population have become a worldwide social problem. It is expected that the aged population (≥65) in China will reach 0.3 billion by 2025 and China will be a country of ultra-aging population (Wu et al., 2020). In this study, current situations of QOL were discussed, and attention was paid to the analysis of influences of sociodemographic factors, physical health, environment, and social relationships on QOL of the aged population, thus evaluating it to a certain extent. Controllable factors that influence QOL of the aged population could be screened, laying foundations for further interventions and thereby facilitating the health of the aged population and accelerating progress toward a “healthy China”.

The multiple linear regression analysis reveals that physical health conditions, living environment, and family disputes are major influencing factors of QOL of the aged population. Due to degradation of physiological function and deterioration of disease resistance, the elderly often has poor physical health, resulting in poor endurance and adaptation to the external world. The elderly who enjoy a harmonious family atmosphere, good filial piety, and a harmonious neighbourhood have dignity and full lives. They will not feel the loss of social values by aging and can better perceive support from the surrounding environment.