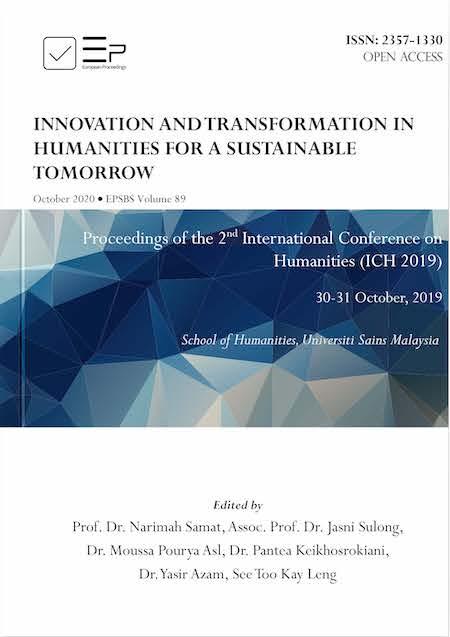 The study on grammatical and ungrammatical elements of (5) and (6) has managed to help find a solution to comparative and superlative constructions. The study suggests that, syntactically, adjectival comparative does not allow the projection of the degree argument but does allow it if it exists with an implicit morpheme ( Grano & Kennedy, 2006).

A critical review of studies on Malay comparative and superlative

Asmah ( 2009) states that comparatives and superlatives are comparison phrases, i.e. the phrase that compares between two or more propositions. As comparison phrase, comparatives ’kurang’ (<> lesser) and ‘lebih’ (<> more) are categorised at ‘tingkat kekurangan’ (<> less tier) and ‘tingkat kelebihan’ (<> more tier), while superlatives ‘paling’ (<> most), ‘sangat’ (<> very) and ‘maha’ (<> almighty) are placed in the ‘tingkat kepalingan’ (<> most tier), ‘tingkat kesangatan’ (<> very tier), and ‘tingkat maha’ (<> almighty tier) respectively ( Asmah, 2009). Although these words are superlatives, they are not placed in the same tier. This means that the Malay language superlative structures are different from one another. Liaw and Abdullah ( 1994) classify comparatives and superlatives as (a) adverb markers and (b) determinants for words whose word class cannot be determined. For instance, the word class for ‘mengecewakan’ (<> disappointed) class can be only determined when it is preceded by the word (a) ‘sangat’ or ‘paling’ for the adjective class or (b) ‘sudah’ (<> has/have/had) for the verb class. Comparatives are expressed using ‘lebih’ and ‘kurang’ which are categorised in comparison degree, while superlatives are expressed by (a) the phrase ‘yang paling’ (<> the most), (b) the inflection morpheme ‘ter-’, (c) ‘yang se- + adjektif’ (<> that se- + adjective), and ‘sifat+nya’ (<> adjective+nya) ( Liaw & Abdullah, 1994).

The second critique is that the rules established by the language scholars do not consider the social context of the Malay society. This is because the examples in the Malay language grammar books are purely from their intuitions. As a scientific study, it is important that an empirical study is done using authentic, non-prejudicial big data, called corpus, to reflect the real usage of the language by the native speakers ( Zaharani, 2013). According to McEnery and Xiao ( 2010), the use of corpora allows a linguistic study to be more objective.

Furthermore, this study also compares and contrasts the prescriptive and descriptive perspectives’ rules for the Malay comparatives and superlatives. For instance, one of the prescriptive rules states that the Malay comparatives (‘lebih’ or ‘kurang’) and superlatives (‘paling’, ‘sangat’ and ‘maha’) must exist at a specific location, i.e. before or after an adjective ( Nik Safiah et al., 2009) such as in (7) to (11).

Comparative and superlative on the adjective structure

(13a) and (13b) show that ‘sangat’ and ‘paling’ are superlatives, but in certain syntactic context, the paradigmatic relation between them creates an ungrammatical sentence structure. Therefore, this study aims to analyse comparative and superlative structures in Malay as they are actually used and to analyse the different meaning between the words that reflect the comparative and superlative degrees using corpus data.

These are the research questions:

Collections and observations of the study data

This study uses two corpora: (a) Korpus DBP ( Dewan Bahasa dan Pustaka, 2010-2013) and (b) Corpora Collection Leipzig University ( Deutscher Wortschatz, 1998-2020). DBP Corpus cannot count the frequency of a word; therefore, the sentences from the corpus are copied into a MSWord file. Then, the sentences are copied into a plain text format and stored in Antconc ( Anthony, 2019). Antconc will produce the word list and concordance. Through the word list in concordance, statistical analysis and frequency can be done to the corpus data. This study uses keywords in context (KWIC) to examine the existence of words which reflect comparatives and superlatives in the middle line of the concordance.

Based on the data examination from (a) Korpus DBP (Dewan Bahasa dan Pustaka, 2010-2013) and (b) Corpora Collection Leipzig University (Deutscher Wortschatz, 1998-2020), Malay comparatives and superlatives are not confined to sentence structures which only contain adjectives. There are comparatives and superlatives which co-occur with other word classes, besides adjectives.

The syntactic position of the ‘lebih’ (<> more) and ‘kurang’ (<> less) comparatives

From Table , one could see that the ‘lebih’ comparative is present before the count, adjective, and verb phrases. The presence of ‘lebih’ in the structure does not adhere to the ‘lebih + adjective’ rule given by Nik Safiah et al. ( 2009). According to Asmah ( 2009), ‘lebih’ is a comparative phrase that is usually used to make a comparison based on something such as that in (14).

In (14), the word ‘lebih’ expresses a comparison between Aswad’s curent house with Aswad’s previous house. This means that comparative ‘lebih’ must have two or more references when making a comparison, and this is in parallel with Asmah ( 2009) who states that ‘lebih’ cannot stand alone outside of its context. This poses a question – “does the ‘lebih’ feature in count and verb phrases expresses the same thing with ‘lebih + adjective’?” Below are sentences that contain ‘lebih + count phrase’ and ‘lebih + verb phrase’:

(17) and (18) show that comparative ‘kurang’ does not necessarily exist with an adjective phrase. From the distribution aspect of these two comparatives, the comparative + adjective structure does not conform to the prescriptive rules of ( Nik Safiah et al., 2009). If it is examined semantically, ‘kurang’ has a denying feature which allows the structure ‘kurang + adjective’ to express denial. However, if it is with other structures, the denial feature is not directly reflected at the surface level as it is only reflected implicitly. This shows that Malay comparatives have various distributions and are not limited to adjective phrase, and, from the semantic perspective, ‘kurang’ and ‘lebih’ do not show the same meaning with the ones expressed in comparative + adjective distribution.

According to Asmah ( 2009), the superlatives ‘sangat’ and ‘paling’ have different degrees. In this case, from the semantic aspect, ‘paling’ is an addition or continuity from something neutral ( Asmah, 2009), for example:

For the ‘sangat’ superlative, its meaning would refer to ‘tingkat kelebihan’ which does not require any context like the ones with ‘paling’ superlatives. In other words, ‘sangat’ is context-free. The question is whether or not superlatives ‘sangat’ and ‘paling’ interchangeable? Look at (20).

(20a) shows that, among the poles, there is only one pole which shows ‘kepalingan’. However, when ‘paling’ is substituted with ‘sangat’, the sentence is ungrammatical. This proves that ‘paling’ and ‘sangat’ are not synonymous. From the distribution aspect, superlatives ‘paling’ and ‘sangat’ do not only exist in the superlative + adjective structure, but in other phrases as well, for example (21a-b) which clearly show that superlatives are not limited to the superlative + adjective structure.

The research for this paper was financially supported by Universiti Sains Malaysia’s Incentive Bridging Grant (No: PHUMANITI/6316383).