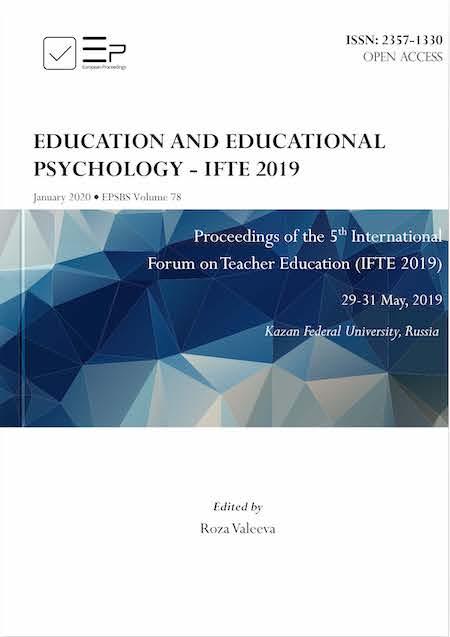 All phenomena of legal reality exert regulating influence on consciousness. A person assimilates them or does not assimilate, accepts or does not accept. In any case, in the process of such interaction an appropriate form of consciousness is developed – legal consciousness, which has a real basis, relative independence and distinctive functions.

Within the framework of the system approach Russian scientists consider legal consciousness as a sphere of consciousness reflecting the legal reality in the form of legal knowledge and skills, evaluative attitude to law and practice of its application, value orientations and legal conceptions governing human behavior (Ratinov, 1981). Legal consciousness is a direct deliverer of law into social activities. The peculiarity of legal consciousness is legal mediation and experience of social phenomena. Therefore, no other consciousness (political, moral, ethical) is able to provide appropriate legal behavior.

Yasyukova (2000) considers consciousness as a system of insights, which are based on the understanding of the role of law, legal regulations in the regulation of relations between members of society, between the individual and the state, under the influence of which conceptions of these regulations are formed.

Legal consciousness keeps forming throughout growing up of the person, development of a personality and subjectivity (Ratinov & Efremova, 1988; Yasyukova, 2000). Being involved in more complex activities and communication, a person enriches the legal sphere of consciousness.

In early adolescence within legal socialization, social institutions, where the individual is included, hold a special place. In addition to the family, this refers to schools, colleges, universities, entertainment organizations, teams of colleagues, etc. Scientists note that the modern system of education does not have a significant impact on moral formation of a child, without which its further legal development is also impossible (Sochivko, 2011).

In foreign psychology the problem of legal awareness is treated in the framework of studying of different factors of deviant behavior (Hirschi & Gottfredson, 1983), forming of social receipts. Integrated models being developed; they study cognitive components (legal and moral judgments) and behavior as an interrelated system that influences person’s infringing behavior (Cohn, Bucolo, Rebellon, & Van Gundy, 2010). The problem of person’s formation and development plays a specific role in the process of studying the problem of person’s asocial behavior. Many scientists agree with the opinion that legal awareness is developed in the process of legal socialization (Gulevich, 2004, 2010; Ratinov, 1981; Yasyukova, 2000 and others). A child acquires initial legal judgments at the stage of interacting with the first social institutions in his life (Auvyaert, 1981; Minkovskiy, 1982). Person’s moral qualities which are fundamental for normal development of legal awareness are established in child’s early childhood under the influence of family relations, traditions, norms, regulations, and style of upbringing (Gulevich, 2004). Legal awareness continues developing in the process of person’s growing-up, developing of person and subjectivity (Ratinov, 1981; Yasyukova, 2000). A person enriches his (her) legal sphere of awareness being included in more complex types of activity, and communication (Evstafeeva, 2018).

Ratinov and Efremova (1988) as external factors in determination of legal behavior mentions norms, rules, and penalties influencing legal consciousness of the individual, regulating his/her behavior, whereas the internal factor is a formed personal value-based normative model of the individual, which is expressed in its own legal concept, norms and standards of behavior.

Such personal characteristics as responsibility, independence, personal integrity play significant role in the process of formation of legal awareness (Volovikova, 2004; Gulevich, 2004). The results of investigations show that a low level of moral development is observed among children whose parents do not give them the opportunity for making their own decisions and actions. Emotional well-being should also be added to some extend of freedom. Psychological traumas make a person stuck on early stages of moral development (Gulevich, 2010). The mechanism of interrelation of legal awareness and stable characteristics of a person is not obvious and needs in additional investigations.

The results of the study of students ' legal consciousness in 2017 showed that only 1.9% of young people who participated in the research are at the level of legal nihilism; they align themselves with moral and ethical norms as they understand them. The contradictory and unformed level of legal awareness was demonstrated by 31.9% of students. Legal awareness can be marked by different content and can manifest in different ways in various spheres of life. Besides, students can adopt and approve a certain legal norm, but at the same time they can reject its manifestation in different spheres of law. If the level of legal awareness is formed very poorly in everyday life, a student is inconsistent and potentially able to launch conflicts because of the incapability to understand moral and ethical norms of a group, and impossibility to adopt another system of values. In social sphere poor level of legal awareness formation is characterized by passive civic position, social infantilism, helplessness, and expectation of benefits and help from the government and members of society. And finally, poor level of legal awareness formation in business sphere is characterized by orientation on personal relations to the damage of official duties. The mostly formed level of legal awareness was demonstrated by 45.2% of students. At the same time they keep to negative attitude towards legal regulation and existing legislation. A conformed person acts in accordance with stereotypes of behavior; in his (her) everyday activity he (she) tries not to breach the law and different regulations, he (she) is reliable in business activity. Fully formed legal awareness was demonstrated only by 17.3% of students. Students fully realize the necessity of legal regulation. They are reliable in business communication, tolerant to other moral and ethical values, are able to set relations with different social categories in spite of their nation or religion.

The resulted obtained during the research were below the medium level (х=3.75, where max 12). The participants included only one characteristic of a legal notion. The other indicators of the level of formation of legal notions were also demonstrated on the level below the medium. The scope of the notion was not sufficient, it means that not all the significant characteristics were included in the notion (x=1.12, where max = 4). Wrong indicators were included in the notion (x=1.68, where max=4). For example, the answer of a participant ‘norm is defined by a person by his (her) own discretion’. Low scores according to the indicator ‘rules of the formation of a notion’ were obtained (х=0.81, where max=4). The participants gave general notions or even substituted a notion by an example (Evstafeeva, 2018).

Having formed legal consciousness at the level of all its structural components, a young person can become an active bearer of ideas of rights and freedoms, to participate in strengthening of legality and improving the legal culture of population. The structure of legal consciousness is a set of complex items. Cognitive, emotional and conative components of legal consciousness are closely interrelated and perform certain functions: cognitive, evaluative and regulatory ones (Ratinov & Efremova, 1988). The cognitive component represents a set of legal knowledge; the emotional component is expressed in evaluative opinions on law and practice of its use. The conative component relates to the legal conceptions and orientations in behavior.

Introduced in the cognitive component, legal knowledge through legal practice is included in the personal experience of an actor. Then the legal phenomena he learns relate to his needs, interests, goals and, certainly, cause certain attitude. Significant for a person legal phenomena take a certain meaning, becoming a value. Thus, the evaluative attitude to the legal objects of cognition and practical activity gets cognitive and emotionally tinged. In legal consciousness, the law and its application in accordance with the interests and needs of a person, are considered as certain values and cause some attitude.

In practice, the system of evaluative relations can never be realized without the necessary starting mechanisms of the subject's activity in legal affairs. The role of the starting mechanism in this case carried out by a conative component of the consciousness, forming willingness to act in a certain way in a legally relevant situation. What is meant here is the disposition of a person encouraging subject's activity and involved in setting goals (Ratinov & Efremova, 1988). Legal conceptions and orientations play a critical part in human behavior regulation. Thus, interrelated legal knowledge, ideas, evaluative opinions and feelings to legal phenomena, legal conceptions and orientations altogether form the legal consciousness of a person (Krasnik & Evstafeeva, 2014).

Yasyukova (2000) justifies the concept of the functional model of consciousness, which allows identifying the degree of formation of person's everyday legal consciousness in any sphere of life (living environment, professional, social and civic spheres). Everyday legal consciousness is formed spontaneously and may not be fully developed in all spheres of life. It can regulate human behavior in a legally relevant situation in all or only in one or two spheres. The structure of legal consciousness can be internally contradictory, including rational and emotional, so the study of its psychological content should not be limited to the framework of the value approach.

The features of the formed legal consciousness at the level of all its structural components are cognitive activity, legal knowledge, skills that allow adequately perceiving and reproducing a legally relevant situation, the predominance of positive emotions in relation to law, normative regulation, active implementation of legal regulations (Evstafeeva, 2015). Therefore, the results of empirical research of legal consciousness of students studying law are of high practical importance for teachers implementing programs of legal education and training in educational institutions.

Therefore, the research hypothesis follows: there is some correlation between the level of legal knowledge and attitude to law among students studying law.

The purpose of the research was to identify the level of development of legal consciousness and to study the correlation between legal knowledge and the attitude to legal regulation of students studying law.

In accordance with the research purpose, the respondents were 103 students studying law aged 20 to 22 years. The study was conducted at Chelyabinsk State University in 2018.

The results showed that the students' legal consciousness is ambivalent and not fully formed (x=15.9). Legal consciousness can have different content and variously manifest in different spheres of life. At the same time, accepting and approving a certain general legal principle, students can reject its specific manifestation in a particular area.

Higher values are obtained upon the indicator of legal consciousness functioning in living environment. Students are tolerant to other moral and ethical values, to various social categories, regardless of nationality or religion.

The lowest values are obtained upon the indicators of legal consciousness in the social sphere, which indicates a passive civic position, social infantilism, helplessness, expectations from the state and people the provision of benefits and everything necessary.

The correlation analysis allowed establishing relation between the indicators of legal consciousness. The level of legal knowledge is directly related to the attitude to legal regulation of students studying law.