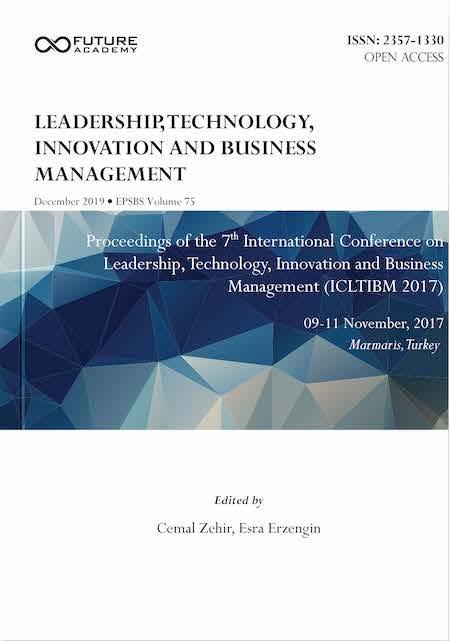 Value consists of all kinds of feelings, thoughts, behaviours, rules and assets that are adopted and maintained in a society. Values are the identity of a society. All indicators of the social habits of society are represented by this identity. Even if individuals exhibit different forms of behaviour, they have the value of society as a member (Kuzudişli, 2017). Marketers, on the other hand, must be sufficiently aware of the value dimensions that exist in the consumer's decision to adopt green products in order to meet increasing social demands (Hur et al., 2015). Social values are one of the most effective ways of reducing the negative effects of consumption on the environment and of sustainability, especially in terms of perpetuating consumption values (Yadav & Pathak, 2017). The definition of consumption values includes various branches of science, including sociology, different branches of psychology, marketing and consumer behaviour. Any or all of the consumption values can affect consumer perception and selection behaviour for the product. That is because these values are at the core of selection behaviour. The product selection behaviour in the market is related to three important characteristics of consumption values: These are the product selection which is the common function of the values, the different contributions these values provide during the selection, and their independence from each other. There are five values that affect product selection within consumption behaviour. These are functional, social, emotional, epistemic, and conditional values. Some choices may be made only by the effect of one value and others may be made by mutual interaction of five values (Keleş, 2008).

Dietz et al. (2005) stated that values have significant influence on the environmental concern. Hart et al. (2011) stated in their study that environmentalist values have a direct effect on environmentalist concerns. Suki and Suki (2015) also suggested that social, epistemic and functional values are important in determining environmental concern. In addition, studies in the literature show that importance attached by customers can determine their purchasing behaviours (Goh & Balaji, 2016). In consideration of these conclusions, the effects of consumption values on consumers' concerns for environment were studied. Five dimensions of consumption values were also discussed in the study. Thus, it is thought that the contribution is to be made to the literature by determining which values are effective in creating environmental awareness and increasing the consumer's tendency towards this issue.

“The value is an internal selection system that shapes all activities of the individual” (Özgül, 2010, p. 120). In other words, it is the element that influences the aims or preferences that people desire to reach (Gutman, 1982). Harcar (2005) stated that ''anything useful and beneficial can be thought of as a value'' (p. 19). Sustainability searches of the environment frequently refer to values. The values are discussed in the literature by different disciplines. In philosophy; values are relatively stable principles that help us to make decisions when our choice are contradiction. In economy; value is used when there is dilemma in our social choices and thus guiding the best choice in a utilitarian ethical approach to social assessment of various alternatives (Dietz et al., 2005).

The consumption value is the degree to which the needs of the consumers are met as a result of their total evaluations. In other words, “it is the benefit and satisfaction from a product after those given and benefits gained are compared” (Biswas & Roy, 2015, p. 333). Haws et al. (2014) describe the value of environmentally friendly consumption as one's the tendency to protect the environment through consumption behaviours and purchasing. Lin and Huang (2012) distinguished consumption values by five groups. These values are functional, epistemic, conditional, emotional and social values.Functional value is defined as the benefit from the functional benefit or physical performance of a product or service. This value includes the price, performance, purpose and qualities that are effective in the customer's decision to purchase the product (Kao & Tu, 2015, p. 120). This variable is divided into two groups: functional quality and price. Certain function, benefit, or physical feature of a selection provides value. Functional value is measured according to the qualities of preferences (Sheth, 1991, p. 160).

Emotional value can be defined as the performance of a selection to address and affect emotions or feelings. Consumers tend to products that appeal to their emotions. A product or service can cause different emotional reactions in individuals. Therefore, emotions affect consumers' behaviour in selecting products and services. It is suggested that the “variables affecting emotional value are personality, consciousness and subconsciousness” (Özhan, 2010, pp. 146-147). A product or service is valued when it makes you feel special emotions constantly. Emotional value is measured according to the emotional form of a selection (Sheth, 1991, p. 160). These values may be positive as "loyalty, nostalgia, excitement" or may be negative such as "fear, anger and guilt" (Candan et al., 2013, p. 32).Epistemic value is a variable which arises curiosity, brings innovation and difference, informs, and causes benefit perception. The epistemic value arises when customers get bored of current brand and get curious about different experiences or desire to obtain more information related to the selections (Keleş, 2008). Consumers often choose products that shall satisfy their curiosity, offer innovations, or enhance their knowledge. For example, it may be a purchasing reason that a product is new or rare. Customers may also feel a purchase desire in order to gain useful information or skills. The consumer can buy a new cosmetic brand since he/she gets curious about it. Thus, the product provides epistemic value (Kao & Tu, 2015).

Social value is the benefit obtained by being associated with one or more social groups. When choosing a product or service, establishment of a positive and negative relationship by a consumer with demographic, socio-economic, cultural, and ethnic groups explains social value. Social value is measured by choice (Sheth, 1991). Tang and Forster (2007) explained social value by the individual's sense of belonging for any group and power of his/her social bond.

Purpose, Scope and Limitations of the Study

In the study, it was aimed to determine which of the consumption values which have importance in product selection decisions are influential on the environmental concern. As a secondary purpose, the role of environmental concern on purchasing behaviour was tried to be determined. The research has been conducted on the consumers with an age of 18 and over in Erzurum central district with a face-to-face survey method. The study was not adapted to any product or brand. For this reason, it can not be generalized for products and Turkey.

The hypotheses determined in line with the aim and model of the research are shown in Figure . as follows:

Among the examples used in forming the surveys, expressions for consumption values were adopted from Suki and Suki (2015), expressions for environmental concerns from Chen and Tung (2014), and expressions for purchasing behaviours from Wei et al. (2017) and translated into Turkish. In the analysis of the data, SPSS 20.0 and AMOS 22 packaged statistical software programs were used and descriptive statistics, confirmatory factor analysis, and structural equation analysis were applied to the data.

Analysis of the Data

The table below shows the demographic characteristics of the participants.

According to the demographic characteristics of the sample, it was seen that the participants were mostly male (51.9%) and single (58.3%) in 18-25 (32.2%) age group with monthly incomes of 1000 TL and less (26.7%). When their education status is examined, the highest rate is 49.4%, which are the university. When the occupational status of the respondents is examined, it is seen that 34.2% of them are the civil servants and 27.2% of them are students. Since the total rate of housewives, students, and unemployed is 35,8%, the ratio of those with income of 1,000 TL or less was high.

The structural model obtained in structural equation analysis performed as a whole to test the proposed research model after confirmatory factor analysis is as shown below.

When the effect of consumption values on environmental concern was investigated and associated with purchasing behaviour, the following conclusions were obtained:

When the consumption value dimensions, which are most effective on environmental concern, are examined in terms of t values, it is seen that the most effective dimension is the conditional value. One of the important variables in this dimension is the preferences of the consumers by evaluating the conditions they meet. If supported, consumers can be directed environmentalist products. Promotions for the market in this regard are of importance. Another important variable included in the conditional value is the extent to which environmentally-friendly products are accessible. If consumers can easily find these green products and reach them, they will be able to get the opportunity to recognize these products and buy them. In the consideration of these results, companies need to create the perception that the products are valuable and that they are worth paying and should make them easily accessible. For this reason, companies can broaden their sales network by expanding the internet shops that consumers from every segment can reach or by getting the opinions of consumers.

The last one which is influential on environmental concern is the epistemic value. As consumers learn about green products, they will be increasingly concerned about the environment. Individuals who acquire new knowledge will better understand the importance of environmental problems. For this reason, companies should give more information about the contribution of green products to the environment. They should also create curiosity and awareness through programs for the environment. Consumers' interest should be drawn to environmentalist products through information programs. For example, contests or draws can be arranged to create a sense of curiosity. The winners can be taken to places where natural beauty is protected. Thus, companies can display an environmentalist image by providing different experiences.

Study results show that social value and emotional value have no significant effect on environmental concern. It shows that the pressure of the society or what other people think does not have an effect on environmental concern. Consumers are interested in environment not to get approval from the community but since they become aware of the seriousness of the situation. In this case, companies should move towards consumers with more realistic approaches, avoiding exaggeration and acting according to the existing situation. Functional benefits are more important for the sample than emotions. Consumers who do not feel emotional for the case should be told for the necessity of these products logically.

Environmental concern has a considerable influence on purchasing behaviour. Environmental issues are also an important factor in the consumer's purchase of these products. The thoughts that harmful consequences shall be faced if not live in harmony with environment must be told to people by using a effective and constructive language. Companies must provide guide for consumers to buy green products and to make efforts. They should take an environmental stance by participating in social responsibility projects.