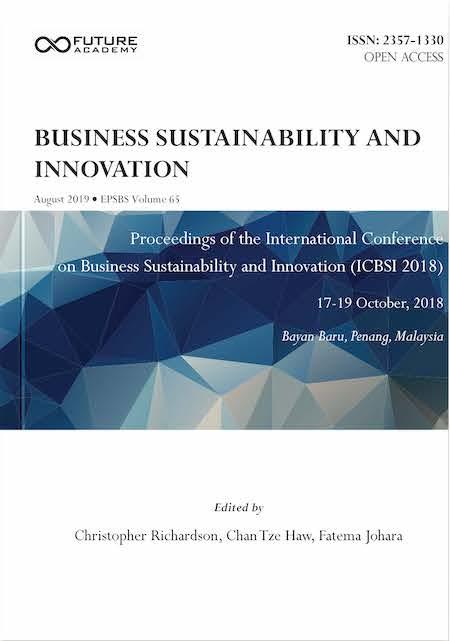 To answer these questions, this paper draws from two closely related performance management frameworks, those of Otley (1999) and Ferreira and Otley (2009). These frameworks, derived from past literature as well as the researchers’ knowledge of the field, break away from restrictive depictions of management control. The Otley (1999) framework is structured into five questions while the Ferreira and Otley (2009) framework is extended to twelve. Otley’s (1999) framework forms the basis of the guiding framework in this study. His five questions are translated into five distinct performance management categories, which are subsequently conceptualised by incorporating some key ideas from Ferreira and Otley (2009)’s framework. These five categories are then used to analyse the selected literature to answer the research questions of this study. The five categories are as follows:

The content analysis approach has been used in this paper to analyse the data from selected peer-reviewed papers. Content analysis is a systematic way to code and categorise textual information to identify patterns or common issues (Vaismoradi, Turunen, & Bondas, 2013). The main purpose of content analysis is to conceptualise the phenomenon being studied in a descriptive manner (Elo & Kyngäs, 2008). Although content analysis may begin with a theory or framework about the phenomenon being studied to guide data collection and analysis, there is no obligation to remain tied to the theory or framework used (Sandelowski, 2009). The analysis in this paper involved the search for latent content instead of manifest content, with ‘soft criteria’ used to uncover the underlying significance of terms through interpretation of textual data (Seuring & Gold, 2012). The five-step qualitative content analysis method developed by Taylor-Powell and Renner (2003) was used for this paper.

The sample documents comprised of peer reviewed articles, published during a period of ten years, from 2008 to 2017. The articles were compiled from a major online database, Emerald Insight (www.emeraldinsight.com). A search was conducted in the system, using the keywords “performance management control” and “public sector”, located in the abstracts of papers. It was found that 39 articles matched the search criteria. Subsequently, these articles were reviewed to assess their appropriateness to answer the research questions of the study. The final sample consisted of 15 papers from twelve countries, including the United Kingdom, Italy, China, Thailand, Oman and New Zealand.

A content analysis was conducted on the selected literature using the five steps suggested by Taylor-Powell and Renner (2003). The analysis began with the reading and re-reading of textual data to obtain an in-depth understanding of it. The second step involved focusing the analysis on the purpose of the study. As each study was read, the two research questions were used as guides to focus the analysis on certain portions of the text. The third step was the categorising or coding of the data based on the guiding framework of the study. The main analytical categories, with their predetermined definitions that were derived from performance management frameworks in literature (as explained above), were used to code the data. The explicit as well as implicit occurrence of these concepts were determined in each study. The fourth step involved identifying patterns or connections between the five categories. This was mainly related to the second research question concerning the interconnectedness of the performance management elements. The analysis ended with the interpretation of the coding information. The findings are presented and discussed in the following sections.

A majority of the reviewed studies have examined the elements of objectives and plans, with varying depth (Auber et al., 2014; Deakins, Dillon, Al Namani, & Zhang, 2010; Dormer & Gill, 2010; Esposito, De Nito, Pezzillo Iacono, & Silvestri, 2013; Ferry & Ahrens, 2017; Halkjær & Lueg, 2017; Johnston & Pongatichat, 2008; Silva & Ferreira, 2010; Trondal, 2015). A number of authors have examined the linkage between objectives and plans. Halkjær and Lueg (2017) show that externally imposed structural and strategic changes do not always translate to the achievement of planned objectives. They found that the enforced specialisation in healthcare services, while resulting in service quality improvement, also resulted in decreased efficiency due to insufficient support from strategy implementers. The link between goals and strategy was studied by Trondal (2015), who found that the lack of clear goals in small jazz bands were offset by interactive feedback strategies while goals imposed by external parties in universities were successful in stimulating international research strategies. The activity of goal setting and strategic formulation and implementation was elaborated upon by Auber et al. (2014). Furthermore, both the studies of Deakins et al. (2010) and Ferry and Ahrens (2017) show the connection between objective setting and stakeholder inclusion strategies. One study depicted a negative linkage as the online collaborative strategy was not well received by public sector employees (Deakins et al., 2010). A positive relationship was found in the other study as communication and engagement strategies were successful in incorporating citizens in decision making involving goals, policies, outcomes and plans (Ferry & Ahrens, 2017). Although they do not focus explicitly on strategy, Dormer and Gill (2010) show that objectives are not necessarily cascaded down hierarchical levels. The importance of ensuring that objectives and plans are aligned is clearly seen in most of the studies above.

A number of studies have also considered the performance management mechanisms associated with measures and feedback (Ancelin‐Bourguignon, Saulpic, & Zarlowski, 2013; Anderson & Klaassen, 2012; Auber et al., 2014; Barbato & Turri, 2017; Kroll & Proeller, 2013; Liguori, Sicilia, & Steccolini, 2014; Yuen & Ng, 2012). The study conducted by Ancelin‐Bourguignon et al. (2013) showed how three goals, competition, accountability and efficiency were translated into a new performance scorecard and organisational restructuring. The scorecard with its new indicators provided managers with a means to monitor the progress towards these new goals. However, performance meetings did not utilise the information generated from the scorecard, thus indicating a misalignment between the measurement and monitoring process. Similarly, Yuen and Ng (2012) showed that although an integrative scorecard was developed to align objectives to indicators and monitoring activities, cost control and other easily measurable activities were prioritised in the public hospital studied. This resulted in a lack of health targets and quality indicators or incentives in the organisation. As found by Anderson & Klaassen (2012), the translation of inputs to outputs is sometimes difficult, and measures not easily identified. Thus, information monitoring outputs are not systematic or reliable. However, the complexity of a measure does not always result in negative use of the system. Kroll & Proeller (2013) found that performance information was used more when performance management systems were complex. In these instances, the complexity of the measurements can be countered through simplifying reporting processes and information. Auber et al. (2014) and Barbato and Turri (2017) both explored the learning aspect of the feedback process. Auber et al. (2014) highlighted the importance of the peer review process for improvement while Barbato and Turri (2017) showed the lack of socialising in learning and audit activities. Finally, Liguori et al. (2014) explained the need to include both financial and non-financial performance information in the feedback process. When wide-ranging measures are used in monitoring and reporting, learning is likely to occur and improve decision making.

Rewards and sanctions were only discussed to some extent by two of the selected studies (Auber et al., 2014; Barbato & Turri, 2017). Auber et al. (2014) briefly considered these concepts, describing the limited use of rewards for groups (collective bonuses), which were ultimately being reconsidered as individuals were expected to have high performance and underperformers were challenged to meet targets. Barbato & Turri (2017) explored these issues at greater length, confirming the effectiveness of rewards and sanctions in performance management systems to drive greater performance. However, they cautioned that performance management systems that were implemented due to rewards or sanctions could result in formal rather than substantive adoption, with little accompanying behavioural or mindset changes. Their study showed that the adoption of legally required performance plans and reports were delayed as these were not prioritised by employees. Thus, understanding the influence of rewards and sanctions is vital for effective performance management.

This work is financially supported by the Malaysian Ministry of Education.