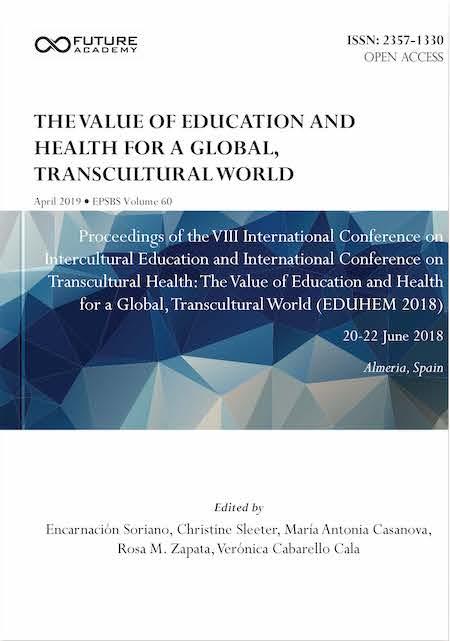 The article is dedicated to the issue of family self-determination of modern youth that grows up under the crisis of the family as a social institution. An idea on the type of family-of-origin structure – type of emotional bond (solidarity) and role structure (adaptability) is considered a significant factor that plays an important role in forming family self-determination during adolescence and early maturity periods. The conducted study aimed at examining peculiarities of family self-determination of young males and females depending on their ideas on the type of family-of-origin structure (unbalanced, moderately balanced and balanced types of families). In order to achieve the study objective, a set of complementary study methods was applied, including theoretical and methodological analysis of literature sources, questionnaire surveys, psychodiagnostic methods (semantic differential method developed by Osgood, the “” questionnaire of Fantalova, the “” projective technique, “” of Leontiev, “” (FACES-III)), as well as mathematical and statistical methods for data processing. The empirical study results indicate that the family context influences formation of family self-determination more in young males than in females.

Studies on youth’s matrimonial ideas are urgent due to changes of the family role in the modern society life. Socioeconomic, political and social reforms have resulted in changes in the hierarchy of traditional family functions and favoured appearance of a new historical type of family that is characterized by a democratic type of joint-separate headship and a flexible role structure where love, personal growth and fulfilment of each family member are becoming high-priority family values. The transition to the new family type comes with several negative tendencies, such as instable matrimonies, growing number of unregistered marriages and bastardy, wide spreading of Child-Free phenomenon (the spouses’ deliberate unwillingness to have children), phenomenon of “delayed parenthood”, same-sex marriage legalization in European countries, etc. That contributes to youth’s having some serious psychological problems related to their life choices and self-determination in matrimonial sphere, that is why nowadays one of the main problems for researchers is an analysis of sociopsychological determinants of forming family self-determination in youth. Self-determination of a growing person is carried out in various fields: personal self-determination (Ginzburg, 1994; Orestova & Karabanova, 2005; Vorobieva & Akbarova, 2015), professional self-determination (Klimov, 2005; Prjazhnikov, 2017; Karabanova, 2016), family self-determination (Dubrovina, 2015; Merzlyakova, 2015; Bibarsova, 2014; Mukhtarova, 2016), economic self-determination (Zhuravlev & Kupreychenko, 2013), multi-cultural identity (Batarchuk, 2017), gender identity (Zinchenko, Zotova, & Tarasova, 2017), virtual identity (Asmolov & Asmolov, 2009), etc.

We interpret family determination as a multi-level, active and deliberate process of constructing an image of family in time perspective (“family of origin”, “my future family”, “ideal family”) depending on a certain cultural and historical situation; this process is based on structuring a system of value orientations, realizing the meaning of child-parent and marital relations, developing an ability of voluntary regulation and reflection. In earlier studies, it was established that the structural and content characteristics of family self-determination are determined by social status and religion (Merzlyakova, 2016), ethno-cultural identity (Merzlyakova & Bibarsova, 2017a), child-parent relations (Merzlyakova, 2014a, 2014b), temperament (Merzlyakova, 2017b), emotional and volitional characteristics, competence in communication (Merzlyakova, 2013), emotional intelligence (Bibarsova, 2014), self-actualization (Mukhtarova, 2016).

According to Vygotsky, Bozhovich, Elkonin, Leontiev & Davydov, specificity of the social situation of development, the structure of which includes object (child’s place in the social relations system) and subjective aspects (child’s internal attitude), crucially determines direction, content and nature of new basic psychological formations appearing in a child at different ontogenetic stages (Karabanova, 2010). In the structural analysis of the social situation of development, Karabanova (2012) addresses the notion of social context as a “communication and cooperation of a child with important social environment within a certain socializing institution – family, educational institution, peer group” (p. 77). “An adult introduces “an ideal form” to child’s consciousness, creating objective conditions for its acceptance and adaptation by a child and forming a regulatory field of development, while peers offer opportunities for testing and adopting the new competence within the variation of the regulatory field of development” (p. 79).

The family, type of family upbringing and type of child-parent relations allow a child for forming his/her personal identity. The studies conducted by Karabanova proved that, “In their ideas about the future family (family values, role structure, emotional bonds, future partner), young people are guided by ideas on patterns of their family-of-origin functioning” (Karabanova & Trofimova, 2013, p. 43). The results of Zakharova’s (2012) empirical studies indicate that, “In their ideas about marital relations in their own families, young people almost repeat the experience of their family of origin… Still being out of marital relations but guided by marital relations of their parents, young people form an orientation basis of their own behavior” (p. 416).

With respect to the hypothesis, we have conducted an empirical study aiming at addressing the following tasks.

3.1.To identify youth’s ideas on the type of family-of-origin structure.

3.2.To study how specificity of the family context that is reflected in the type of family-of-origin structure influences formation of family self-determination in young males and females.

5.1.To diagnose content and structural characteristics of family self-determination, we applied the semantic differential method developed by Ch. Osgood, the “Level of Value-Availability Ratio in Different Life Spheres” questionnaire of Fantalova, the “Uncompleted Sentences” projective technique and “Test of Life-Purpose Orientations” of Leontiev. To study the family context influence on forming family self-determination, we used the “Family Adaptability and Cohesion Scale” (FACES-III).

5.2. At the analytical stage, we applied mathematical and statistical methods that allowed us to validate the study results. All the calculations were made with the use of IBM SPSS Statistics 21 program. The analysis included descriptive statistics (average value, variance, median, quartiles), parametric (single-factor analysis of variance for independent samples) and non-parametric tests (Kolmogorov–Smirnov test for one sample, Kruskal–Wallis test, Wilcoxon signed-rank test) for testing statistical hypotheses.

6.2. In the following, we considered male and female samples separately, since the youth has some specific features in their characteristics of family self-determination (Merzlyakova, 2015). Using a one-way analysis of variance for independent samples and the Kruskal-Wallis nonparametric test, we studied the connection between the type of family system and the elements of family self-determination of youth. Table shows the value of a one-way analysis of variance (F) and the value of the Kruskal-Wallis test (H).

As we can see from Table , the differences in the level of statistical significance (p <0.05) for the following elements of family self-determination in the group of young males are revealed depending on the type of the family of origin structure: I am the future husband, I am the future father, I am the son, attitude to mother, value of freedom as independence, attitude to family, romantic love, life goals, life achievements, life meaningfulness, my future, compensation for feeling lonely, love, material wealth, revenge, social recognition, happiness, locus of control ''Me'', locus of control ''Life''. As a result of the analysis of descriptive statistics, it is found that in the case of the unbalanced type of a family system, the young males actualize the value of freedom as independence, appreciate relations with their mothers and a possible motive for marriage for them is a desire to avoid loneliness. Young males brought up in a family of the moderate balanced type can marry out of revenge (take revenge on the girl they loved or marry in their parents’ despite), as well as to compensate for feeling lonely. While having the balanced type of the family of origin structure, the young males develop a positive attitude to the family way of life, relationships with their mothers are emotionally attractive and meaningful and the family roles of the son, the future husband and father are highly valued. A positive attitude towards romantic love contributes to the fact that the main motives for marriage are love and happiness. Material wealth and social recognition are also important motivations. As a result of the successful functioning of family system, young males look ahead, the goals to be achieved make life meaningful, they are satisfied with current self-realization, freely make decisions and put them into life, as well as they manage their lives in accordance with the notions of its meaning.

Similarly, we studied the connections of ideas on the type of the family of origin structure with the components of family self-determination among young females. Reliable differences of the following variables are revealed: I am the future wife, family of origin, attitude to a marital partner, students’ material wealth, and attitude to different groups. Young females with the moderate balanced type of family system have more positive expectations about future marital partner. The balanced type of family determines the formation of a high value of the family of origin, the significance of the wife’s functional role, and the importance of the motive of material wealth increases in the context of marriage.

6.3. To establish the connection between the ideas of the future family and the ideas on the family of origin among young males and females, we used the Wilcoxon signed-rank test that allows us to estimate the reliability of the structural changes. The young males showed significant differences in the scales of family cohesion (T = -3.052, p = 0.002) and adaptability (T = -2.211, p = 0.027). As a result of the analysis of mean values, we can conclude that young males perceive the family of origin as a system whose members are autonomous and distanced from each other and where a flexible level of family adaptation prevails. They also see their future family relations to be distant, however, the changes occur in the level of adaptability. The flexible and effective role structure of the family of origin is replaced by a chaotic level of adaptability in the future family that is characterized by impulsiveness, ill-conceived decisions of family members and fuzzy distribution of family roles. Likewise, the young females had significant differences in the variables of family cohesion (T = -6.418, p <0.001) and adaptability (T = -4.038, p <0.001). As in families of origin, where the relationships are characterized by warmth and emotional closeness, differentiation of personal boundaries, chaotic type of family adaptability, the future family is characterized for them by the desire to see a divided level of cohesion, the uncertainty of the family role structure, as well as the dilution of family rules and discipline.

The obtained results indicate that the type of family of origin structure that is the character of the emotional connection (cohesion) and the role structure (adaptability) determines the characteristics of family self-determination to a greater extent among young males than young females. The type of family structure determines the development of the following components among young males: cognitive (I am the future husband, I am the future father, I am a son), value and emotional (my mother, the value of freedom as independence, attitude to family, attitude to romantic love, attitude to mother, life goals and achievements, life meaningfulness), regulatory and behavioural (my future), motivation (compensation for feeling lonely, love, material wealth, revenge, social recognition, happiness) and reflection (locus of control ''Me'', locus of control ''Life''). In case of young females, the type of family structure influences the formation of the cognitive component (I am the future wife), value and emotional component (family of origin, attitude to the future marital partner) and the motivation component of family self-determination (improving material wealth).