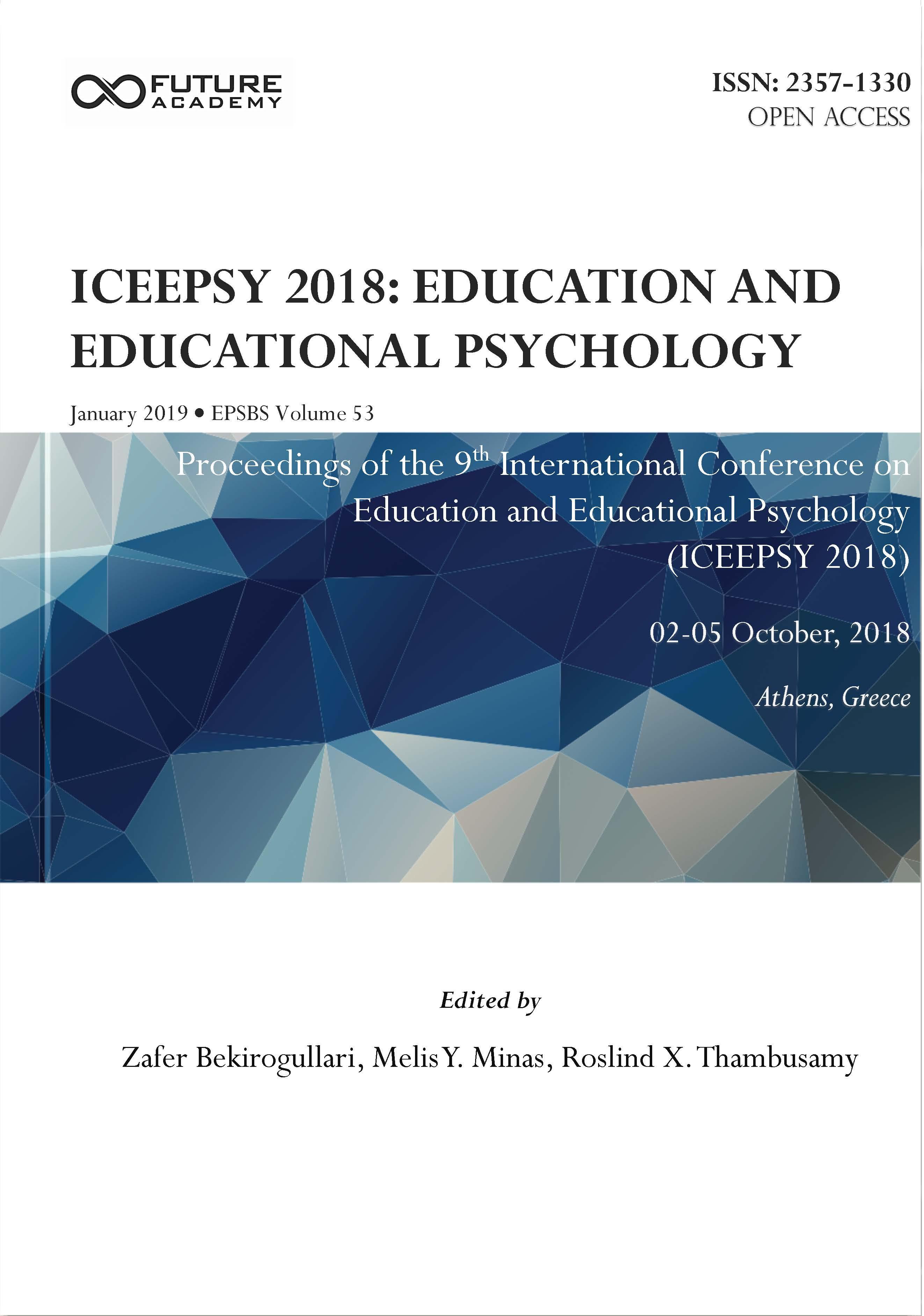 The mysterious sleeping sickness, which occurred in 2013 aroused the interest of Kazakhstan scientists. Psychological consequences of this illness among residents of Kalachi, a small village in Kazakhstan were investigated in this research. The research questions investigated the level of fatigue, emotional intelligence, aggressiveness and their resistance to stress. The purpose of the study is to evaluate the adaptation potential of the surveyed after getting ill with sleeping sickness. This research study involved 60 residents of Kalachi village (M=25, F=35) who had at least once suffered from the sleeping sickness. The “The Buss-Durkee hostility inventory test’measuring different levels of agressivness; “The Holmes and Rahe stress scale test” measuring resistance to stress (); “The Trait Meta Mood Scale (TMMS)” measuring emotional intelligence (Salovey et al., 2005), adopted for Russian speaking population by Tolegenova et al. () were used to gather the data. Along with the study of their stress resistance, it was assumed that patients with sleeping sickness can exhibit anger and hostility as well, therefore the aggressiveness level was investigated. 88 % of the participants noted overall deterioration of their health condition. The Stress resistance questionnaire showed 12% high, 47% threshold and 41% low level of stress resistance. Results of Buss-Durkee Inventory revealed 93% high level of Aggression. The adaptation potential of the participants after they experienced the sickness were measured by their ability to recover their feelings and emotions. Thus, the result of our study shows that less than half felt and understood what they were feeling; only a third felt able to repair their feelings and emotions, and just over half of participants were able to pay attention to their emotions. More research is needed to help psychologists, ecologists, biochemist and other scientists understand the risk factors associated with and who would be prone to it.

In 2013, the residents of Kalachi, a small village of about 640 people in Kazakhstan, faced a mysterious illness in which they could not stop falling asleep. The first reported case of sleeping sickness appeared in 2010. In 2013, the mystery became critical as eight people from Kalachi fell asleep over one weekend and were unable to stay awake for any longer than it took to go to the bathroom or eat a simple meal. In 2014, more patients were admitted to a local clinic with similar symptoms and hospitalized with a diagnosis of “encephalopathy of unknown etiology”. When they woke up, often days later, they had no memory of what had happened to them. Many residents also reported vertigo, severe fatigue, and drowsiness. Some children suffered from toxic encephalopathy (a type of brain malfunction); some adults suffered from strokes. Following appropriate medical intervention, residents could return to their normal living only to find themselves experiencing another episode of sleeping sickness. Thus far, 160 residents are known to have been affected which is about one-quarter of the total population reported Koyer (2015).

A group of psychologists from Kazakhstan investigated the levels of aggression and resistance to stress among patients suffering from this disorder. The purpose of the study was to report the emotional state and general psychological condition of patients experienced sleeping sickness at least once.

The mysterious sleeping sickness, which occurred in 2013 (Sumter, 2015) has psychological consequences which impacted on the everyday life of the participants. They stated that they suffered from anxiety, heart problems memory impairment, and thyroid disorders. They highlighted that they suffered from the elevated blood pressure, which might be the consequence of regular headaches. Some of them have dreams occasionally, some of them do not dream during active sleep, while some of them suffer from insomnia.

Since the reasons for this sickness are unclear, the main interest of the Kazakhstan psychologists is to clarify whether the adaptation potential of the people suffered from the illness, measured by their ability to recover their emotions and feelings, affected the psychological well-being of the residents.

What are the levels of psychological and physical distress as well as aggression and emotional intelligence among residents of Kalachi village suffering from sleeping sickness?

The purpose of the study is to evaluate the adaptation potential of the surveyed after getting ill with sleeping sickness by measuring their ability to recover, repair their emotions and feelings.

This research study involved 60 residents of Kalachi village (M=25, F=35) who at least once suffered from the sleeping sickness. The study used “The Buss-Durkee hostility inventory test’, which measures different levels of agressivness; “The Holmes and Rahe stress scale test” which measures resistance to stress (2009); and “The Trait Meta Mood Scale (TMMS)” which measures emotional intelligence (Salovey et al., 2005).

Stress-resıstance is an important attrıbute of an indıvıdual’s mental health demonstrating his psychological well-being and good health condition assumes Seaward (1999). It is an ability to bear certain psychophysical strains and to overcome stresses without any harm to the body and mind. The test was aimed at examining the adaptation potential of the surveyed after getting ill with sleeping sickness. The adaptation potential reveals a degree of the hidden opportunities of the patient with a sleeping sickness to adapt effectively to new or changing conditions of the social environment surrounding him (in this case - existence of a disease). In general, external forces, a disease, long-term anxiety, hunger and other factors reduce the adaptation potential of the individual, and when facing the situation threatening his life goals there can occur a disadaptation.

As a result, the individual is forced to spend a huge amount of energy and resources to cope with the negative psychological states arising in the course of the stress. In this regard repeated cases of sleeping sickness will gradually reduce the stress resilience level. Only 12% of the examined demonstrated high stress-resilience level which testifies good adaptation opportunities of these people in the face of any emergence of any new, difficult or unclear situation in his life (in this case, sleeping sickness) which means he has the resources to fight against the stress and to adapt to new conditions in his life (see Table and Figure ). The table and pie chart below the findings of this test.

Along with the study of general psychological state of the surveyed, it has been assumed that patients with sleeping sickness can exhibit anger and hostility as well. First of all it is connected with the fact that health deterioration and an excessive use of the body resources (what a human body does for survival and adaptation during the period of sleeping disease) lead to an increase of a person’s general aggressive mood. For this purpose, the Buss-Durkee hostility inventory testing was chosen. It contains the following subscales:

Results of the given technique have revealed that 93 % of the surveyed showed a high level of "Physical aggression" compared to mere 6 % of the respondents with low aggression level. Indirect hostility, i.e. the implicit (passive) aggression directed at another person or no one was noticed among 92 % of the surveyed (high level) with 6 % showing a low level. 93% of the surveyed showed high levels of Irritability, and 6%, low levels. Low and average level of Negativism, i.e. oppositional manner in behavior, was observed in 93% and 6 % of the respondents respectively. This shows that the patients tend not to go against anyone even though they feel aggression.

It is important to note that 100% of the surveyed feel Resentment and Suspicion. It could have been caused by the disease (feeling of injustice for getting sick with the disease), or their general psychological state during and in between the disorders.

High levels of Verbal hostility, i.e. expression of negative feelings both through a form (shouting, screaming) and content of verbal response (frustration, rudeness) was observed in 93% of the examined whereas 6 % showed low levels of verbal aggression. It might demonstrate general exhaustion of the afflicted with various examination procedures and their overall health deterioration (See Table ).

It should be highlighted that the person does not necessarily demonstrate the given hostility level; it only indicates that the person feels and experiences this aggression as a certain state due to the decline of his health condition at the given moment.

According to Salovey and Mayer (1990), emotional intelligence refers to individual differences in the ability to process and utilise emotional information related to key areas of effective functioning in daily life. The TMMS was developed to provide an index of individual differences in a mood regulation process (the ‘meta-mood experience’) which involves monitoring, evaluating, and regulating feelings and emotions (Salovey, Mayer, Goldman, Turvey & Palfai, 1995). The TMMS is purported to measure three cognitive components of emotional intelligence: attention to feelings (i.e., how much attention individuals pay to their inner feelings and emotional states); clarity (i.e., the ability to understand and discriminate between feelings); and repair (i.e., the ability to regulate moods and repair negative emotional experiences).

The results showed that just over half of participants were able to pay attention to their emotions. Less than half felt and understood what they were feeling; only a third felt able to repair their feelings and emotions (see figure ).

When scientists started their investigation into the sleeping sickness in Kalachi village, they asked whether it was an ecological, viral, pathological or neurological problem (Koyen, 2015) Kalachi village is located close to uranium pore mines, developed in 1960s but which were closed in 1991-1992 with the collapse of the Soviet Union. The nearest mines are 500 meters away from the village. It has been postulated that radiation from the mines might cause the sickness, although an excessive level of radiation in surrounding areas has not been detected. Thus, this speculation has been refuted. From a psychological perspective, understanding the emotional state, the ability to recover and examine internal feelings, as well as emotional regulation strategies of the residents affected might pave the way of understanding this “psychosomatic” phenomenon.

Sleeping sickness is a distressing disorder for the residents of Kalachi; the etiology of which is still unclear. However, the evaluation of adaptation potential of the surveyed after getting ill with sleeping sickness was highly important for our research group. The adaptation potential of the participants after they experienced the sickness were measured by their ability to recover their feelings and emotions. The results of our study show that less than half felt and understood what they were feeling; only a third felt able to repair their feelings and emotions and just over half of participants were able to pay attention to their emotions. More research is needed to help psychologists, ecologists, biochemist and other scientists understand the risk factors associated with and who would be prone to it.

Heartfelt thanks to the valued study subjects, who participated in the process of study despite their sickness.