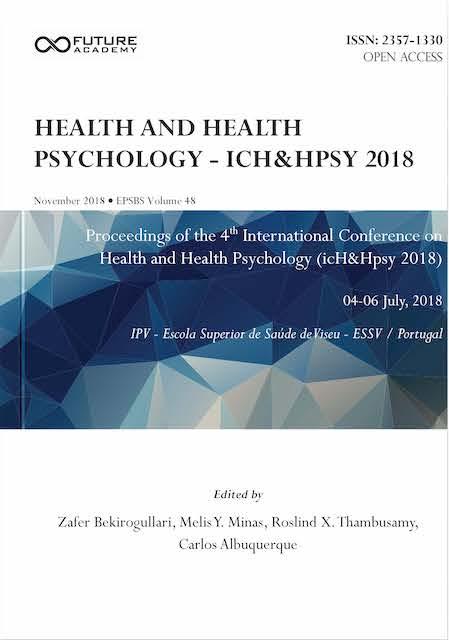 Elderly institutionalization implies changes in the daily life with an impact on nutritional status. It is important to evaluate this impact in order to prevent malnutrition among the elderly. This ex-post facto study aims to evaluate the impact of the institutionalization in the elderly nutrition and health, as well as the influence of sociodemographic variables. Additionally, we intend to reflect on the practical implications for institutions caring for the elderly and caregivers on food preparation and management. A quantitative non-experimental study was performed with a convenience sample of 202 elderly, of both genders (70.3% women), aged 81.76 ± 7.47, from Long-Stay institutions (65.8%), Day Centres (6.9%) and community (27.2%), in the centre of Portugal. We used the Portuguese validation () of Mini Nutritional Assessment (MNA) for data collection and the SPSS-24 for statistical analyses (95% confidence degree). We found 50.9% undernourished and at risk in Long-Stay institutions vs. 13.2% in non-institutionalized elderly. The comparison between these groups shows statistical differences in nutritional status (=2399,=.000) and in global scores of MNA (=1651,=.000). There are low negative correlations between age and global score (= -.220,=.003) and nutritional status (= -.199,=.001), but no gender differences and a protective effect of academic qualifications. The study highlighted the prevalence and risk of undernutrition in elderly Long-Stay institutions. Hence, the interventions to reduce this public health problem should focus particularly among institutionalized elderly. However, for such interventions to be effective, it is essential to identify possible factors of this condition. It is imperative to monitor the nutritional status of the elderly and guiding institutions, caregivers and familiars.

Aging may come with diseases, impairments, physical, psychological and cognitive declines, one of the consequences frequently being the (im)balance between nutritional needs and intake (de Morais et al., 2013; van Bokhorst-de van der Schueren et al., 2013). Even with an adequate intake of nutrients and energy, a compromised metabolism or an interaction with other many risk factors can change the elderly’s nutritional status. A systematic review about significant risk factors for malnutrition in the older population concludes for the impact of age, frailty in institutionalized persons, polypharmacy, general health decline, physical and mental diseases (dementia), poor or moderate self-reported health status, eating dependencies, loss of interest in life, poor appetite, dysphagia, low efficacy of swallowing and institutionalization (Favaro-Moreira et al., 2016).

Regarding genders, the literature points out different results: Valdés et al. (2017) did not find significant differences; Pereira et al., 2015 observed higher prevalence of malnourished and at risk condition among elderly men (76.6%) than women (62.4%); but Ongan and Rakıcıoğlu (2015) and Damião, Santos, Matijasevich, & Menezes (2017) conclude more women are malnourished than men. Results about the influence of age in nutritional status are also not consensual. Although it is known that malnutrition is prevalent in the elderly, in some studies (e.g. de Morais et al., 2013) age was not a relevant sociodemographic variable. Moreover, Forster and Gariballa (2005, p. 28) pointed out that “some indicators of nutritional status may simply reflect effects of age and/or functional disability”. Despite these non-consensual results about those sociodemographic variables influence, nutritional status is undoubtedly an important factor in understanding and promoting successful aging. In this sense, the low educational level appeared to be associated with poor nutritional status (Damião et al., 2017; Torres et al., 2014). Other authors (Alves et al., 2006; Santos, Kislaya, & Gaio, 2016) point to a positive impact of the academic qualifications on obesity, academic level being a protective factor against overweight and obesity, particularly in the female gender. So, the academic qualification seems to be a good predictor of an adequate nutritional status.

Physiological, socioeconomic and psychological aging changes have many consequences in the daily life and habits of the elderly, including aspects of food intake, swallowing, and absorption which reflect on nutritional status (de Morais, et al., 2013). In addition, elderly institutionalization implies more changes which necessarily reinforce and produce more and different consequences. So, it is important to evaluate this impact in order to prevent malnutrition. In addition, malnutrition is associated with health complications that can increase morbidity and mortality (Ongan & Rakıcıoğlu, 2015). Knowing the factors associated with the nutritional status of the elderly is fundamental to establish nutritional risk prevention strategies and to promote the quality of life, especially with differentiated strategies depending on the institutionalization.

The following questions emerged as a result of the researchers’ concerns and a review of literature.

What is the nutritional status in a sample of elderly from central Portugal?

What is the impact of Long-Stay institutionalization in the nutritional status of the elderly?

Is there a relationship between nutritional status with gender, age and academic qualifications?

This ex-post facto study aims to evaluate the impact of the institutionalization in the nutrition and health of the elderly, as well as the influence of age, gender and academic qualifications. Additionally, we intend to reflect on the practical implications for institutions and caregivers of the elderly on the nutritional evaluation and food preparation and management.

A quantitative non-experimental study was performed with a convenience sample of 202 elderly, of both genders (70.3% women), aged 81.76 ± 7.47 (min=65; max=91), from Long-Stay institutions (65.8%), Day Centres (6.9%) and community (27.2%), from central Portugal. Regarding BMI, the participants are distributed in 3 levels of nutritional status (refer to Table for the levels), according to Najas and Nebuloni (2005). The 10.5% of undernourished and 45.3% of obesity are to be noted. Also, the findings revealed that it was the institutionalized elderly group that displayed the worst scores of malnutrition (undernourished and obesity). This mirrors Spinelli, Zanardo and Schneider (2010) who also found low scores of BMI in institutionalized elderly.

Regarding academic qualifications, we highlight 51% with the first cycle and 14.9% who cannot read or write (Table ).

We used, in addition to a questionnaire for sociodemographic variables, the Mini Nutritional Assessment – MNA (Loureiro, 2008) for data collection. The MNA includes anthropometric measurements (weight, height and weight loss), global evaluation (questions on lifestyle, medication and mobility), nutritional assessment (questions on the number of meals, food and fluid intake and autonomy to eat) and a subjective evaluation with questions on self-perception of health and nutrition. According the global score (maxim 30 points) there are three categories: <17 malnutrition, 17 - 23.5 risk of malnutrition and > 23.5 normal or without risk of malnutrition.

After ensuring the ethical care research process guarantees (including the signed informed consent by the participants or those legally responsible), the data collection was done by assisted administration in domiciliary or institutional visits, during April to August 2018.

The SPSS-IBM was used for statistical analyses (95% confidence degree): descriptive (average, standard deviation, frequencies and percentages) and inferential analyses (Mann-Whitney Test and Spearman’s rho). The non-parametric analysis were performed because the normality criteria wasn’t assured. The confidence level was 95%.

The comparison between the non-institutionalized and Long-Stay institutions groups showed statistically differences in nutritional status (=2399,=.000) and in the global score of MNA (=1651,=.000), showing better results among the non-institutionalized. Similar results were found in several studies presented above, including in other Portuguese institutions (e.g. Melo, 2015). If international studies show more malnutrition in nursing homes, it may be due to the fact that this population is older, more dependent and sicker (Madeira et al., 2016).

In order to evaluate the influence of sociodemographic variables, we explored correlations between age and nutritional status as well as MNA global score, and gender comparisons were also done. We found low negative correlations between age and global score (= -.220,=.003) and nutritional status (= -.199,=.007). In the institutionalized subgroup, these correlations disappear, remaining in non-institutionalized (= -.303,=.012;= -.254,=.036, with global score and nutritional status), which align with Torres et al. (2016) conclusions. There were no gender differences, both in the global sample and in the two subgroups of institutionalization. Although gender was not found to be significant in nutritional risk in de Morais et al.’s (2013) study, contrary to our results, these authors found no influence from age as well. Despite these similar results, Pereira et al. (2015) and Ongan and Rakıcıoğlu (2015) conclude for gender differences, regardless of better scores in men or women, respectively. As we pointed out earlier, the effect of age may be related to difficulties inherent to the aging process. However, this should not prevent us from being aware of the causes that may be the basis of such unfavorable results in institutions catering for the elderly.

Academic qualifications correlate positively and significantly with the global score of MNA ( = .270,= .000), which concurs with Torres et al. (2014), although this refers to the elderly community-dwelling population, who are probably responsible for the preparation of their own meals. If we take into account the sample as subgroups of the elderly in the community and in Long-Stay institutions, the correlations remain and are even higher ( = .344,=.000 and = .311,=.010, respectively in institutionalized and non-institutionalized). The protective effect of academic qualifications seems to be overarching; demonstrated even in the institutionalized elderly.

The results of this study emphasize the prevalence and risk of undernutrition of the elderly in Long-Stay institutions. So, the interventions to reduce this public health problem should focus particularly among institutionalized elderly but is essential to identify possible factors of this condition to be effective. Monitoring the nutritional status and sensitizing and guiding institutions and caregivers is imperative (Madeira et al., 2016). As highlighted by López-Contreras et al. (2014) this monitoring process is crucial to improve the quality of life and to reduce costs in public expense associated with hospitalization or social care for the elderly. Hernandez Galiot, Pontes Torrado and Goni Cambrodon (2015) add that this monitoring process, which promotes the quality of life of the elderly, should be carried out on a regular basis in order to prevent the risk of malnutrition.

In order to set priorities at the intervention level, according to our results, it would be necessary to take into account the groups of older elderly, regardless of whether they are men or women, contrary to results of Pinto de Souza Fernandes, Duarte, Pessoa, Franceschini, and Ribeiro (2017), who found “better diet quality” in females with higher education, history of less medical visits, although with diabetes mellitus, dyslipidemia and using polypharmacy.

Regarding the results on academic qualifications, it is important to consider that the reference study was mainly with institutionalized elderly (Torres et al., 2014). So, we must take particular care and caution in comparison with the results obtained with community-dwelling elderly. The reasons for this are probably that the data related to the effect of higher academic level reinforces the need to sensitize the institutions and persons responsible for monitoring and assisting the more dependent elderly population.

Measures to improve the quality of the diet in the elderly are essential especially in industrialized countries where the aging population is now a growing phenomenon and will be expected to increase in the coming decades. So, we must promote the regular evaluation of the nutritional status, especially in the institutionalized elderly, supporting an intervention adjusted to each situation. The best form is involving family members, caregivers and technicians. This relates to a vital field of socio-educational intervention, that can counteract the negative impact of malnutrition on the aging process and on an increasingly aging world population. Thus, raising awareness among all stakeholders, from the elderly to caregivers, as well as promoting behavioral changes to encourage an healthy eating, is an essential contribution to successful aging.

We would like to acknowledge the assistance of the Centre for Studies in Education, Technologies and Health (CI&DETS) at the Polytechnic Institute of Viseu, Portugal in conducting this study.