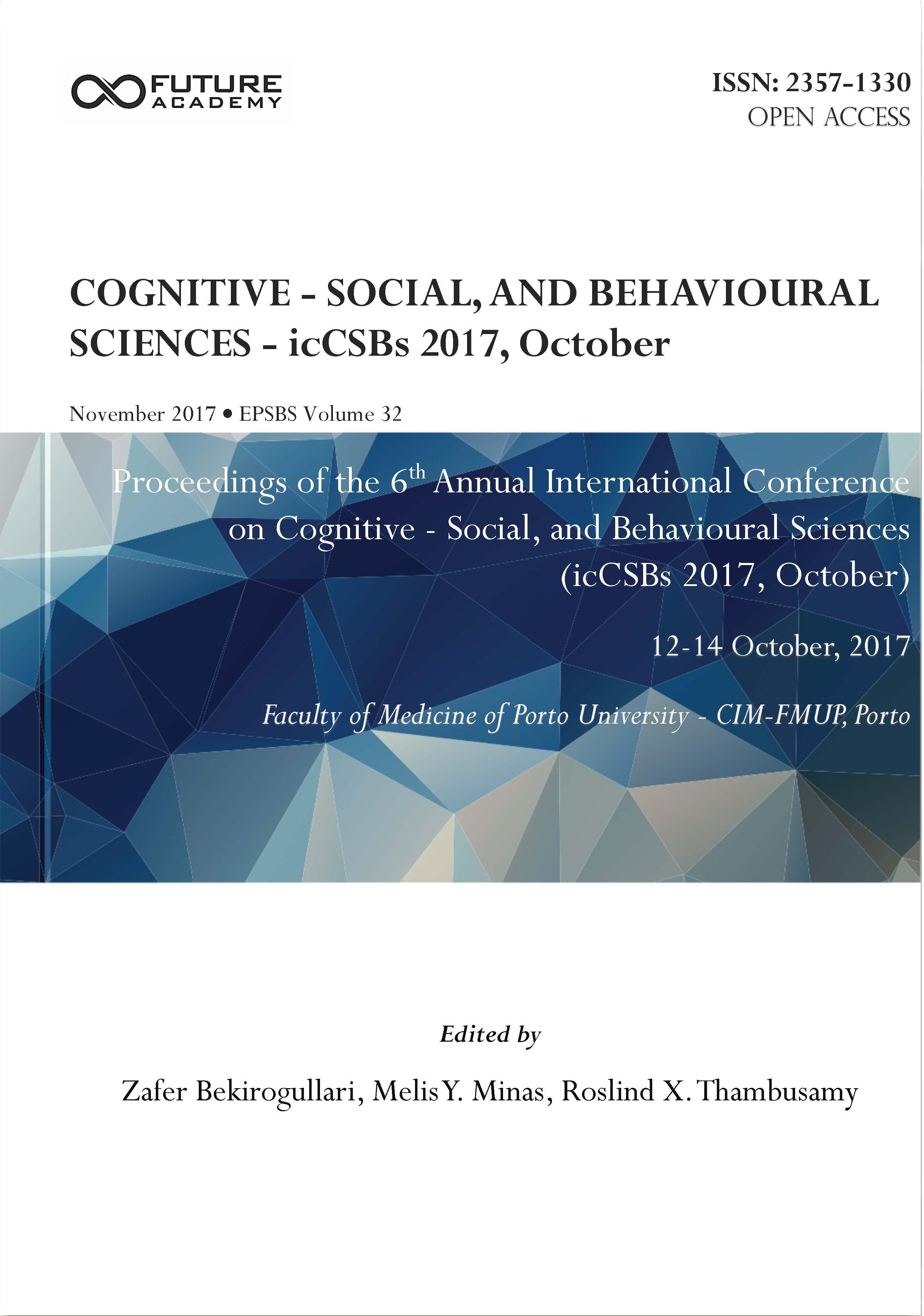 Children’s education related to a healthy life-style is an important part of education, which serves

as prevention against diseases, which arise as result of excess weight or obesity. The decrease in natural

(Department of Health and Children and the Health Service Executive, 2008; Kodat, Sobota, Kebza,

Biganovský & Amortová, 2006; WHO, 2011) as causes for the subsequent increase in many diseases like

juvenile diabetes, stroke, and cancer. Research in this area have postulated other determinants in

connection with children’s weight increase and decrease of physical activity, which include parents’ level

of education and job, type and locality of child’s home, safety of environment, actual health status and

importance in the last few years. Specialists have highlighted the connection between excess weight and

of social-group). There is research that indicates that the level of motor skills correlate with the ability of

Kim, & Joung, 2014). Obese children have been found to have low levels of mastered motor skills, and

the process of adaptation in school-class competencies (Schulz & Northridge, 2004; Pica, 2004). The

emotional development. All this is consequently affects the child’s level of peer acceptance in

2014). Problems of social acceptancehave a negative impact on the child’s self-confidence, level of

working capacity, ability to make friends and so on. Problems mentioned in literature include increased

Schofield, & Kolt, 2007; Kornilaki, 2014). Researchers have identified found relationships between the

characteristics of individuals such as self-concept, anxiety level of frustration and emotional stability. The

child’s communicative skills, intellect and autoregulation are also mentioned as relating to the child’s

social development resulting in problems in interpersonal relationships, inclusion in social groups and so

on. Among the negative effects as identified by specialists in this area are low self-confidence and self-

concept. This research is therefore aimed at analysing the relationship between the child’s weight and

self-concept. It is assumed that over-weight and obese pupils will displaya lower level of self-concept

than pupils with normal weight status. Another purpose of this study is to examine the relationship

between girls’ and boys’ self-concept. An examination of the effect of increased weight on children’s

In line with the discussion, the research questions will attempt to identify:

3.1 a relationship between the level of self-concept and increased weight in children from lower

3.2 any differences in level of self-concept between genders.

weight status and children classified as over-weight or obese from the paediatric perspective. Another aim

is identifypossible differences in self-concept in the context of gender.

boys) from one region in the Czech Republic. The average age of the sample was 9.90±1.03 years (girls

according to international norms (Cole, Belilizzi, Flegal, Dietz, 2000), and the age and gender was taken

into account. Based on this data, 3 sub-sets were created: 1st sub-set with low weight status, 2nd sub-set

was normal weight status and 3rd sub-set was over-weight and obese (see Table .). No child in this

sample was physically or mentally handicapped. The table below shows that only 6% of children were

classified as obese or over-weight. Low weight status was found only in 16% of children.

questionnaire (Piers, Harris, & Herzberg, 2009). The scores converted according to T-scores. Based on

T-scores, the sample was classified into categories: Category I = above average range (≥56T), Category II

it was presumed that the child has a diagnosable psychic disorder (Table .) andexamination by a

specialist/doctor was recommended. This group was categorised as Category IV.

Table above shows frequency of children in Self-concept categories.

Czech Republic. Before the research commenced, the agreement of Ethical Committee of Pedagogical

Faculty, Palacky University in Olomouc (N 03/17) was obtained. As the children were very young,

written agreement of children’s legal representatives was necessary. All persons connected with the

Anonymity of collected data was declared in written form according to Czech Republic legislation. The

participation in the research was voluntary, without reward and no benefits for participants. The

participants could leave or stop their participation in the research. Data were collected as a part of the

Basic statistical data about research sample as in number of girls and boys; average age; categories

of BMI) were expressed by average number, standard derivation number and frequency of persons in

The relationship between self-concept and sample’s BMI category was found by χ2. For gender

differences in self-concept according to BMI category, the Mann Whitney test was used. The level of

significant importance was established as p<0.05. The data were processed using STATISTICA, version

The excess weight (over-weight and obesity) group did not display a high level of self-concept.

self-concept range. There was only 5.26 % boys (no girls)withlow self-concept score from this sub-set.

of self-concept. There was a fairly high representation of children (5.60%) with normal weight in

low self-concept were not found in the low weight group. Those children showed an above average range

the low weight category had a high level of self-concept (2%) (see Table .).

In terms of gender, the Mann Whitney U test confirmed the premise that BMI of girls

Strauss (2000), who however, highlights evidence of decreasing self-concept in obese children as they

obesity and they confirmed the relationship between obesity and self-concept in monitored persons. Some

misbehaviour in interpersonal relationships with peers in five-year-old obese boys. Based on this, authors

separately in overweight and obese children and those who are not.

development. Although such negative effects are not apparent in young children, they are certainly shown

a vital role in the development of children’s self-concept. WHO (2011) recommends 60 minutes of

school, supplementary organized physical activities, and so on. The positive effect of quality physical

Education in California Schools, 2009). This research was limited by a low sample number and constraint

in location. Hence a low number of pupils were monitored in terms of pediatric overweight and obesity.

are high and because of that, it is necessary that to aim further research be conducted on this age group to

and support creation of preventive and intervention programs.

realization of this research.