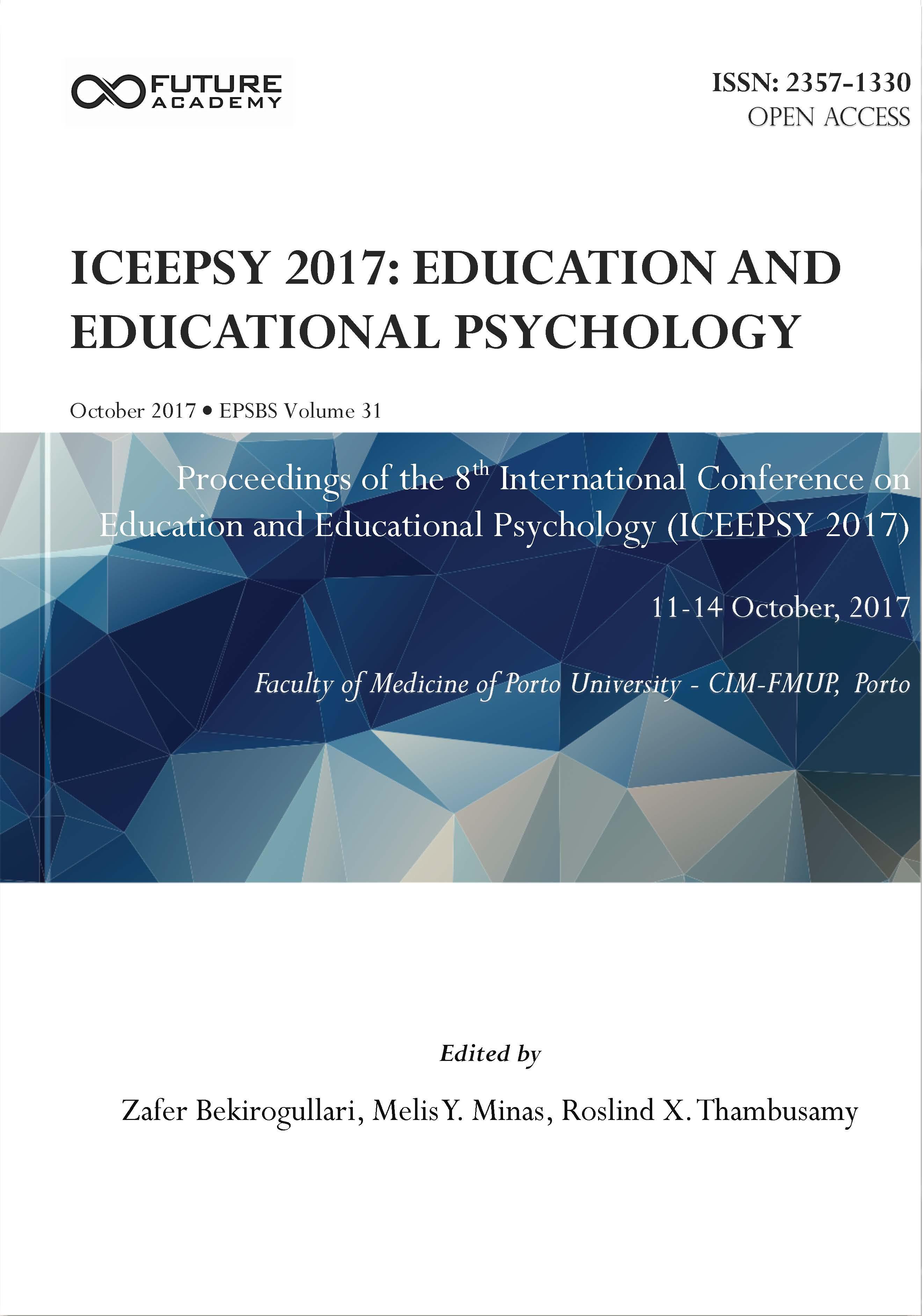 Teachers’ Understanding Of Creativity In The Korean School Context

As teachers’ understanding of creativity is considered significant in their development of students’ creativity, this study aimed to explore Korean teachers’ understanding of creativity. The research questions were 1) How do teachers conceptualize creativity? and 2) What value do teachers ascribe to creativity in education? Ten middle school teachers, required to teach more creatively than in the past, were interviewed. The findings showed gaps between the conceptualizations of creativity of national education policy and the teachers themselves, and between eastern and western cultures. In terms of the value of creativity, the findings revealed that the teachers’ perspective, which focused on individual students’ personal growth, differed from that of national education policy, which centers around economic competitiveness enhancement

Until the 1960s, creativity was regarded as an unusual talent of outstanding people. However, recent discourse on creativity focuses on the ordinary rather than the extraordinary (Craft, 2003), implying that ordinary people can also be creative. Since the late 20th century, many nations have strived to cultivate creativity among teachers and students in order to respond to developments in the global economy, as reflected by increased interest in creativity education. In this respect, “creativity for all” refers to a process of creative thinking that anybody may demonstrate in daily life and that can be developed through education.

Creativity is currently emphasized as a key agenda in national education policies around the world. Indeed, it has been the basis of much research and enjoyed attention for quite some time. In the late 1990s, creativity in education began to attract attention among policy decision-makers in various countries (Craft, 2006). As political interest in creativity has increased, it has come to be regarded as an essential ability for students, which should be developed through schooling. However, creativity education encouraged by national policies is in practice influenced by teachers’ understanding of creativity, as their conceptualization and perspectives determine their approach. Thus, in order to realize effective creativity education, an understanding of teachers’ conceptualizations of creativity and perceptions of its value in teaching practice is critical.

The research questions were 1) How do teachers conceptualize creativity? and 2) What value do teachers ascribe to creativity in education?

The main purpose of this study was to explore teachers’ understanding of creativity in the Korean school context.

As of 2013, Korean middle schools have implemented a new system called an “Exam-free Semester.” This system allows schools to operate a more flexible curriculum for one semester of middle school, giving students the opportunity to enjoy diverse experiences without sitting any written tests. The system was developed in an attempt to address a number of problems in education, such as excessive competition between students and low levels of interest, self-confidence, and happiness. However, as the exam-free semester requires creative teaching, it is a major challenge for Korean teachers, who have traditionally dedicated themselves to teaching subject content.

This study aimed to explore how such teachers understand creativity in the context of school education. Data were collected for a case study of 10 Korean middle school teachers. Although they came from different schools, all had experience of the exam-free semester, which demanded more creative teaching.

The researchers conducted semi-structured interviews with the 10 participants. Each was interviewed either once or twice, for approximately 90 minutes at a time. All interviews were audio recorded and transcribed.

The interview data were analyzed using open coding strategies inspired by grounded theory (Tanggaard, 2011). The transcripts were read repeatedly and frequently emerging concepts, terms, expressions, and topics were written down. Similar ones were then grouped together and conceptualized as categories. We then reviewed the relationships among these categories and once again grouped them based on similarities, yielding superordinate categories. When coders differed in terms of categories, we reexamined the raw data and discussed the appropriateness of categories until consensus was reached.

The conceptualization of creativity

As mentioned above, teachers’ perceptions of creativity are important, as creativity education depends on their competency. The most popular images of creativity among the Korean teachers who participated in this study were uniqueness and novelty. The participants understood creativity as something connected to “breaking the mold,” “different thought,” “innovation,” and “change.”

However, the participants did not only regard creativity as relating to things unique or new, but also believed creativity entailed the ability to modify and apply. They opined that “creativity is not making something out of nothing, but finding a new connection between existing things.” Thus, the participants considered it creative when students combined what they had learned and utilized it appropriately in a given situation. Creativity was also interpreted as entailing self-directed thinking and various kinds of expressions. Participants thought that students’ ability to “think by themselves and draw something from it” and “to express their thought in diverse ways” also reflected creativity.

Furthermore, the Korean teachers who participated in this study linked creativity to morality and usefulness. They suggested that regarding creativity solely as a unique and self-directed ability might lead to ignorance of important values in education. They insisted that the notion of creativity should include a mind open to different opinions, and an ability to live with others. This conceptualization of creativity, rare in western cultures, reflects the Confucian culture of east Asia, which regards moral and social concepts, such as community conformation and harmony, as significant (Craft, 2003; Reilly et al., 2011).

The participants also connected creativity to student characteristics rather than to their own teaching methods. They frequently mentioned creativity as an ability that students already possessed or needed to develop, with relatively few statements about creativity being related to teaching methods or preparation for classes. They understood creativity in terms of students’ unique characteristics and their ability to transform, apply, think in a self-directed manner, and express themselves in a range of ways. These opinions differ from that reflected by recent education policies, which expect teachers to develop their own creativity.

Finally, while these Korean teachers considered creativity as something unique and new that departs from the standard, they appeared to feel some discomfort in this regard. For example, they felt that the demonstration of creativity should be appropriate to society. This finding implies that the participants attempted to harmonize the western conceptualization of creativity with Korean culture. However, it may be that these two aspects of creativity, namely the uniqueness of the individual and social appropriateness, collide with each another rather than relating organically. A conceptualization of creativity that includes reference to social desirability or certain norms may restrict the development and diffusion of unconventional ideas. Conversely, as the present participants pointed out, an overemphasis on individuality and uniqueness may threaten social norms and the harmony that Korean culture pursues. In summary, the participants’ conceptualizations of creativity included some conflicting aspects, and the direction of their creativity education may depend on their particular focus.

The value of creativity in education

The focus of creativity education may vary according to teachers’ understanding of the value of creativity. The value of creativity most frequently stated by the present participants was the growth and development of individual students. Creativity was regarded as helpful for students to solve everyday problems. The participants stated that creativity was “a foundation for designing students’ lives or solving problems when they go out into the world and live their own lives.” They also believed that respecting each student’s creativity would allow them to “feel interest in a particular area and become so earnest that they may even have dreams in that field.”

In connection with teaching and learning, the participants thought that creativity was valuable to both students and themselves. From their point of view, creativity not only motivates students and improves their interest in class but is also helpful in enhancing their understanding and memory for subject content (Boden, 2001; Welle-Strand & Tjeldvoll, 2003). Creativity was also considered meaningful as it provided teachers with satisfaction in their teaching and opportunities for professional development (Reilly et al., 2011).

Furthermore, the participants ascribed social value to creativity, apart from the growth of individual students and improvement in teaching and learning. They regarded students’ creativity as essential in meeting the demands of a rapidly changing society, saying this because “our society itself continuously pursues novelty. Students can be competent people someday when they naturally experience creativity in school.” Some participants went even further, suggesting that creativity enabled society to develop and solve its problems. They argued that creative thinking was necessary for “a better future in terms of science and technology” and “the solution to social problems such as environmental pollution and global warming.”

The present findings suggest that Korean teachers’ perspectives on the value of creativity were somewhat removed from those of educational policy, which stresses creativity education mainly from an economic competitiveness-oriented perspective (Welle-Strand & Tjeldvoll, 2003). The present participants understood the social value of creativity, but focused more on individual students’ adaptation to or preparation for their future in society, rather than the national economy. Moreover, they believed that creativity was most meaningful in terms of individual students’ growth and development. These findings suggest that the understanding of the ultimate value of creativity differs between national policy and teachers themselves.