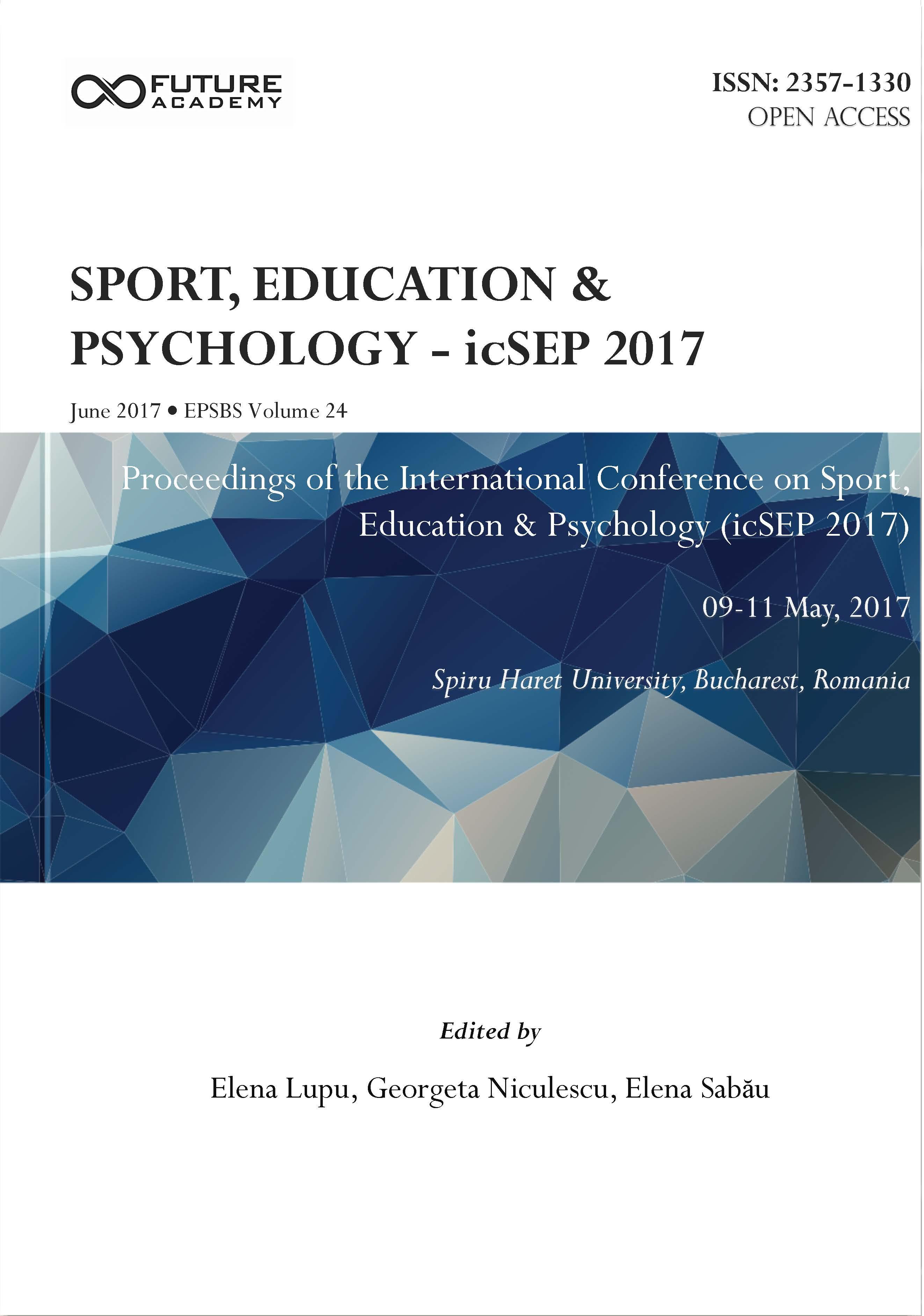 Physical Activity In The Elderly: Importance In Balance And Risk Of Falls

Maintaining physical exercise in the elderly is fundamental, as it strengthens physical fitness, increases autonomy, reduces imbalance and reduces risk of falls. Thus, it is important to identify the risk of falls in the elderly and to determine correlations between this risk, sedentarism/ physical activity (PA) and body mass index (BMI). This is a cross-sectional, descriptive-correlational and quantitative study involving a non-probabilistic sample comprising 124 elderly individuals, 68 females and 56 males, aged 65-88 years (M = 71.9; Dp = 5.05). The data collection instrument included questions of sociodemographic characterization, health profile and the Berg Balance Scale (BBS). The results show that only 12.9% of the elderly present levels of recommended physical activity. The risk of falls is high to 13.8%, of the elderly, medium to 55.6% and low risk to 30.6%. The risk of falls is higher in older people (p = 0.000), those with higher BMI (p = 0.023), and less physical activity (p = 0.000). There were no statistically significant differences between men and women (p = 0.668). Evidence shows that an increase in PA and maintenance of BMI within normal values translates into lower levels of imbalance and risk of falling in the elderly. Thus raising the awareness of the elderly and caregivers about these factors should be a strategy to develop, in order to provide an active and healthy aging.

in an energy expenditure above the resting level. Although related to physical activity, physical exercise

is a less comprehensive concept and is defined by planned, organized and repeated body movements in

order to maintain or enhance one or more components of physical fitness. PA is currently considered to

HEPA), especially when seen from the perspective of the elderly.

demographic phenomena since the mid-twentieth century, as it is profoundly affecting the way countries

plan governance in order to ensure a quality life for all citizens.

According to the United Nations Population Division report, it is a phenomenon that is far from

being finalized. This report states that by 2050 the world's aging population is expected to continue to

increase and, by that time, around 22% of the inhabitants will be over 60 years old. In Portugal, the ratio

elderly people per 100 young people, with a dependency ratio of 26.3%. This number is higher than the

most countries, since the natural process of aging is accompanied by a general deterioration of the body

and mind. In addition, there is also an increase in social costs, since the elderly do not often have a social

support network, requiring the intervention of the State to guarantee their quality of life (Monteiro and

We know that, with the advancing of age, the body undergoes profound cellular and metabolic

changes that alter, among other things, muscle function. This is threatened by sarcopenia, a syndrome that

affects the majority of elderly individuals, and is associated with a progressive decrease in muscle mass.

Thus, this leads to generalized muscle atrophy and, in turn, a concomitant reduction of muscle strength.

This phenomenon is associated with other physiological anatomical changes, such as the progressive

decrease of the mineral component of the skeleton (osteopenia), the significant increase in fat mass, the

decrease in the basal body temperature, and the accumulation of cytological alterations caused by

oxidation and insulin resistance (Gilloteaux And Rochelle, 2009). In parallel, there are transformations

that particularize the use of anthropometry in the analysis of obesity among the elderly. There is a

progressive loss of lean mass with the increase in the proportion of body fat, as well as the decrease in

Together, these factors cause functional alterations, mainly to the levels of posture, balance and

Falls are a complex problem in the elderly population. They profoundly worsen some clinical

conditions, decisively compromise their quality of life and, in many cases, even lead to death. According

to data from the Portuguese Directorate General of Health Services (DGHS) in 2012, the main cause of

injury in elderly individuals was the fall. This represents a percentage of 76% in the group aged 65-74

relevant factor in the occurrence of falls, severely limiting the life of the elderly, and possibly leading to a

reduction or complete loss of autonomy.

of the elderly's health, strengthening physical fitness, improving their independence, autonomy and

functional activities, and substantially reducing the risk of falls. Moreno (2013), is more specific when he

decreases insulin resistance, and facilitates the obtaining of raw material for the production of energy to

There are many studies confirming the importance of physical activity, not only in maintaining

balance and preventing falls, but also in the treatment of different conditions that promote a significant

improvement in the quality of life of elderly people (Félix, 2015).

Falls are a complex problem in the elderly population, because they seriously aggravate their

quality of life, leading in many cases even to death. Physical exercise has been shown to be a fundamental

element in the prevention of falls and therefore it is fundamental to evaluate its impact.

sedentarism/physical activity (PA) and the body mass index (BMI) in that risk.

This was a non-experimental, cross-sectional, descriptive-correlational, quantitative study, whose

main objective was to identify the risk of falls in the elderly population, and to determine the influence of

A non-probabilistic sample, for convenience purposes, was chosen. It consists of 124 elderly

people from the Centre region of Portugal, in which 68 are female and 56 male, aged between 65 and 88

years (M=71.9; SD=5.05). Participant eligibility emerged from the following inclusion criteria: must be

over 65 years of age, engaging in some form of physical activity, and having cognitive ability to

collaborate in the study (assessed through the Mini Mental State Examination).

used consisted of three sections: one for sociodemographic characterization, the other for contextual

characterization, and the third included the Berg Balance Scale (BBS). All of the procedures were carried

bodies and respective Ethics Commissions), guaranteeing the anonymity and confidentiality of the data

collected. Statistical treatment was carried out through the Statistical Package for the Social Sciences

Version 19.0 for Windows and Microsoft Word, and was rendered using descriptive statistics and

The elderly individuals of the sample are between 65 and 88 years old, with a mean of 71.9 years

The levels of physical activity practiced and analysed, number of days per week, show that 24.2%

of the elderly in the entire sample are insufficiently active (practicing very little or no PA), 40.3% practice

PA, on average, 2 days a week, whereas the remaining 35.5% have practices ranging from 3 to 7 days a

week. Only 12.9% of the sample present physical activity levels that correspond to the internationally

recommended ones, that is, 150 minutes/week, of moderate intensity, 30 min/day, 5 days/week (National

Observatory of Physical Activity and Sport, 2011).

Regarding the occurrence of falls, and when faced with the question "did you fall within the last

received treatment in health institutions after the respective fall. The analysis of the risk of falls (Table 1)

had a low risk. The comparative study between men and women reveals that men are at a higher risk of

Correlations show that there is a significant relation between age and risk of falls (r=0.506,

p=0.000), in which the older elderly people show lower values on the Berg balance scale. There was also

active elderly patients are those with the lowest risk of falls.

Considering the body mass index (BMI) of the participants, we found that only 24.2% have a

in obesity class II. There were no statistically significant differences between men and women (p=0.668).

We also found that there was a significant negative correlation between BMI and PA (r= -0.290,

BMI seems to compromise the health of the elderly individuals, since it presents a positive and significant

internationally recommended ones. Epidemiological evidence points to a decrease in the level of physical

activity with the increasing of chronological age (a finding that is also present in our study), making

sedentarism a risk factor for morbidity and mortality during the aging process. In fact, as Lopes (2013)

tells us, it must be borne in mind that traditionally the Portuguese population maintains a single activity

throughout their adult life, which is the work activity. Therefore, when they reach the age of 65, in most

cases, there is a drastic change in the routines of daily life, especially when one suddenly moves from an

active professional situation to a situation of complete inactivity, without prior planning of transition to

retirement. The concept of active aging (AA), which has been so popular in recent times, shows a new

perspective on how to face life after retirement. Drago and Martins (2012) emphasize that regular

Although the statistical differences were not significant (p=0.118), the men in our sample do less

As with other studies, we also found that there is a strong influence between the practice of PA and

BMI in the risk of falls in the elderly. In actual fact, older people who do not develop regular PA have a

higher BMI and are more likely to suffer falls. The combination of a low rate of PA with a high BMI

and obesity II (3.2%). Obesity, as mentioned by Cabrera and Filho (2011), causes serious disturbances in

the individual's health conditions. Such changes can be due to psychological and social disturbances, an

AHT, diabetes, dyslipidaemias, cardiovascular diseases and cancer. The analysis of the risk of falls

showed that, in this group of elderly individuals, the values are lower because only 13.8% present a high

(2014) showed that the majority (66.7%) of the elderly had a high risk of falling, although with different

degrees of fragility. In our case, it should be remembered that the inclusion criteria selected (practicing

some kind of physical activity and presenting cognitive ability to collaborate in the study), at the outset,

statistical differences are not significant (p=0.660). Finally, we found that the only sociodemographic

variable that correlates significantly with the practice of PA and the occurrence of falls is age, which is

also associated with a greater risk of falls. In fact, as Hernandez et al. (2010) points out, the advancing of

age determines a set of degenerative changes of the organism that result in a successive loss of abilities,

greater sedentarism and an increased probability of occurrence of falls.

is more present than the regular practice of physical activity, since it is practiced by only 12.9% of the

participants. We also saw that the older ones were also the most sedentary. Regular physical activity is

very important to maintain functionality, since it causes an increase in muscle strength, greater balance

and, consequently, a decrease in the risk of falls. Although the percentage values found in the assessment

medium risk and 30.6% low risk), we observed that 29.3% of these individuals fell at least once within

the last year, even though only 6.4% of the respondents resorted to health institutions for treatment.

Hence, the evidence, already highlighted in other studies, of the systematic devaluation of falls by the

elderly people and the lack of awareness for its prevention, is also reinforced here. The tendency of older

people to increasing degrees of obesity (75.8%) was also a notorious fact, since only 24.2% presented a

normal weight. Associated with this, we found correlations which significantly show that the elderly with

a higher BMI were those who practiced less PA and presented a higher risk of falls. In summary, the

rehabilitation nurses, in order to carry out educational sessions for the elderly and the population in

general. The focus would be on the importance of regular practice of PA, effective weight control with

BMI normalization, and also appropriate fall prevention programs, since it is the only way to promote real

This work is financed by national funds through FCT - Fundação para a Ciência e Tecnologia, I.P., under the project UID/Multi/04016/2016. Furthermore we would like to thank the Instituto Politécnico de Viseu and CI&DETS for their support.