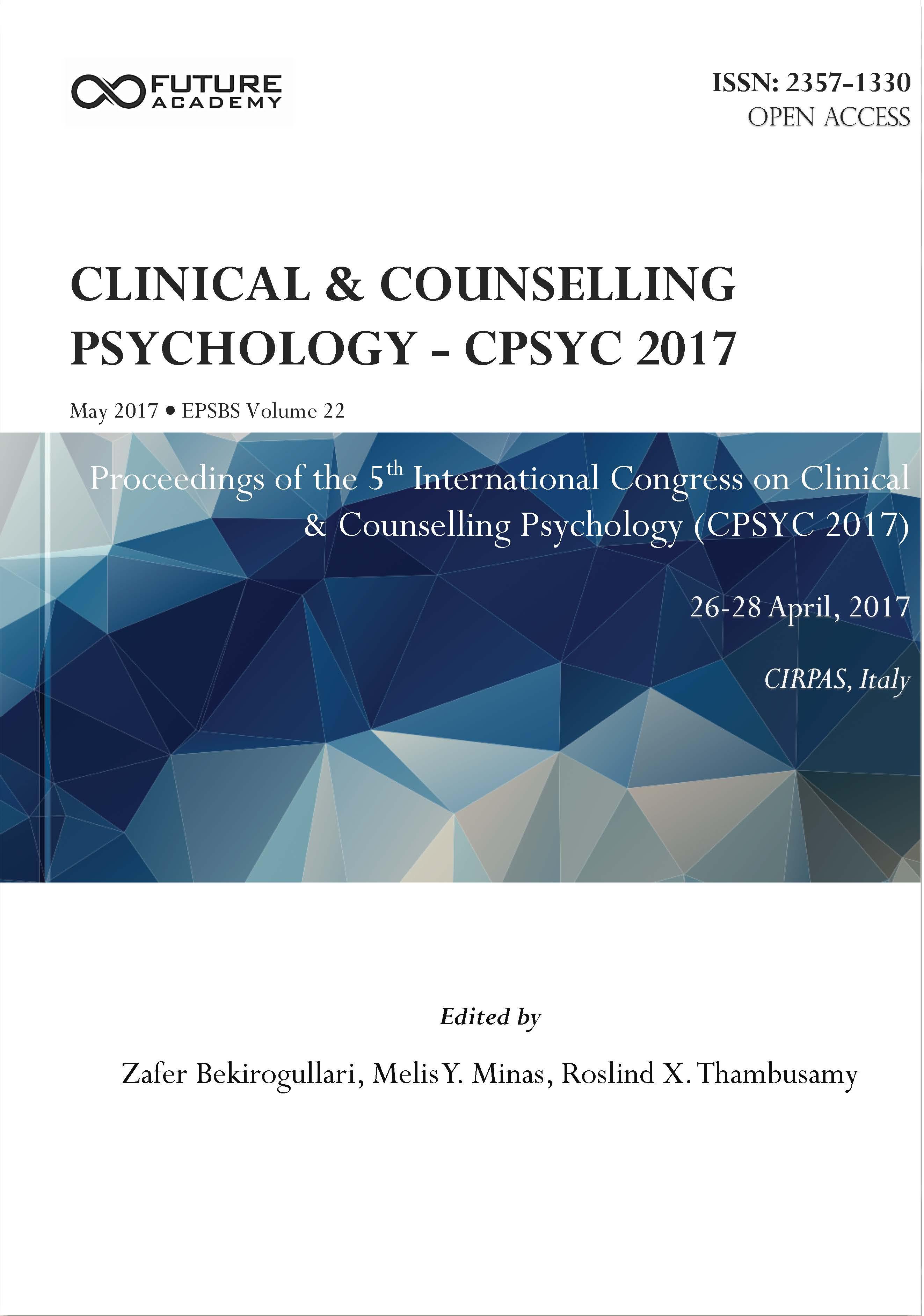 Mass media represent today a huge social force, designed not only to deliver information, but mostly to shape attitudes and behaviours. It has a strong influence on the way that people perceive life, society, the world and their own existence. The mass media is creating and providing role models, leaders to follow, persons to compare yourself with and “modern heroes” aimed to guide the public. But which are the properties of these characters? What directions are they showing by their actions? This study aims to present the characteristics of some Romanian mass media “heroes” promoted by the best seller newspaper, their goals and the values associated with them. The psychological effects of this type of social models on public will be discussed. In order for this, we selected the most accessed Romanian journal, according to the Romanian Audit Rating Bureau: “Libertatea” (“Liberty”), the online edition, and we followed the lifestyle section during one week.

Mass media represent today a huge social force, designed not only to deliver information, but

mostly to shape attitudes and behaviours. It has a strong influence on the way that people perceive life,

society, the world and their own existence.

suggest connections between facts. One of its most important functions concerns the role of media

on society also increased. Many studies centred on the negative effects of the violent content of mass

media on public and especially on children. Related to the amount on violence in the mass media

products, some authors considered that “the average overall size of the effect is large enough to place it in

the category of known threats to public health” (Huesman & Taylor, 2006).

been capable of triggering copycat suicides among mass public. This effect can be explained by the

theory of social learning (Bandura, 1986). The aggressive behaviour can be learned directly or by

identification. Depending to the extent that people identify with a type of story, that type would be

expected to have more of an impact. For example, if people tend to copycat the suicides of superior

people, they would be expected to copy the ones of famous celebrities more than the suicides of ordinary

people. A third variety of explanation focuses not on story characteristics but on audience mood. The

of a copycat effect since more people are on the verge of suicide (Stack, 2003).

Media has an important cognitive impact on values. Ball-Rokeach and DeFleur (1976) defined the

modes of conduct” (1976, p. 13). The authors considered that “mass mediated information can play an

important part in creating the conditions for value clarification” (Ball-Rokeach and DeFleur, 1976, p. 13).

members and between social groups. Once these conflicts are explained by the media, the audience is

moved to articulate their own value positions.

Alteration in moral and alienation, such as: the sense of collective wellbeing, the “we feeling”,

sympathy or anger are also a result of some media messages.

These changes in cognitions, attitudes and affection can lead to behavioral effects. The main

behavioral effects of mass media on public are the activation and the de-activation. Activation refers to

situations in which the audience members do something that they would not otherwise have done, as a

consequence of receiving media messages. The strategy of actions formulated by groups in order to

effects on public. We should mention an important research about the violence presence in the Romanian

mass media and its effects on children (Drăgan et al, 2009). The authors measured the weight of violence

in the Romanian TV programs, following the classics indicators used by Gerbner.

They analyzed a sample of Romanian television broadcasts, during 5th and 11th January of 2009,

stretching over 348 hours and 15 minutes of broadcasting. They showed that “children are living in an

adult world of television. People are forgetting that the media aren’t just an image of the world and ways

to signify the facts, but a real symbolic universe we use to approach existence. We are forgetting that the

world of television has the strength of reality, has an intrinsically reality effect and that the fiction and the

real facts are two faces of the reality, in the television’s content and broadcasts” (Drăgan et al, 2009, p. 4).

The psychological effects of the violent television content on children are: the imitation of the

aggressive behaviors, through the identification with the negative heroes; the assimilation of the violent

By promoting violence, making a show of it, the mass media cultivate in public an attraction and

even a fascination toward it.

public. According to Abraham (2005), the television has the most important impact on imposing some

attitudes and values to the public, especially to the children and young people. The author showed the

contribution of mass media in learning some type of values by these category of public: star wannabe (71-

impact is major on the 15-18 year old children.

1.2.The impact of mass media models

In their book suggestively entitled “Carne in scatola” (“Canned meat”), Bolla and Cardini (1999)

highlight the many facets of the presentations of bodies in television’s broadcasts. They show how the

intimacy disappeared and the bodies have been exposed like merchandise in a shop window. The “perfect

bodies” presented by television appear to be “empty” of the human content, lifeless, with the unique aim

to impose a model to follow, a reference image for the audience.

“Television launches the rules of the look, new styles, fashion, imposing a normativity to which

the public can align their corporeality, entering into the magic mirror of telegenic” (Bolla and Cardini,

1999, p. 10). Beauty models and standards, promoted by mass media, have a large impact on public.

The characteristics of the bodies promoted by mass media are mythic: everlasting youth, endless

life, the invincible heroes, the strongest force, perfect beauty and health. The time of these “modern

heroes” is also mythic, repetitive and reversible. The psychological effects on the persons that are

comparing their “imperfect” bodies or images with the mass media models are important. Some of them

Mass media is a constant environment in our lives, providing information and leisure, but mostly

As the writer, the journalist creates some characters that we can consider “the modern heroes”.

They are elaborately described, they appear repetitively in the mass media products, their acts, attitudes

and thoughts are observed and presented like a role model. Public persons or ordinary people, they are

invested by the journalists with the strength of a mythic character.

psychological effects of this kind of social models on public?

Which are the directions given to us? What can we learn from this content?

promoted by the most accessed Romanian newspaper transmits to the audience. We will analyse their

characteristics, their actions, their goals and the values associated with them, in order to appreciate the

educative effects on the public.

Content analysis is a method of analysing written, verbal or visual communication messages. As a

research method, content analysis is a systematic and objective means of describing and quantifying

phenomena. It allows the researcher to test theoretical issues to enhance understanding of the data (Elo &

Content analysis has been defined also as a “systematic, replicable technique for compressing

many words of texts into fewer content categories based on explicit rules of coding” (Stemler, 2001, p. 1).

In order for this, the researcher elaborates an adequate coding system, according to the objectives of

The first step of the content analysis is the pre-analysis, which is meant to organize the entire

procedure, to operationalize and describe the first ideas and to establish an analysis design. The researcher

will define the population of communication, will formulate the hypotheses and objectives and will

elaborate the indicators. The indicators are a set of codes to apply to the units of analysis.

In a further phase, the researcher will chose the units of analysis, meaning the element of population

that it’s going to be studied. The relevant documents will be selected according to the criteria that serve

Then, the selected material will be exploited following the decisions taken in the first phase. This

can be made mechanically by the researcher or using a computer program.

conclusions will be formulated.

In order to establish the most press promoted characters, we selected the most accessed Romanian

journal, according to the Romanian Audit Rating Bureau: “Libertatea” (“Liberty”), the online edition. We

followed the content of the lifestyle section of this journal during one week: 1st-7th September 2016. Thus,

we selected the journalistic content that had as prime goal not providing information, but emphasising the

personality and actions of one character in particular.

This type of articles differs from the informative ones by some particularities: they are centred on

a public or common person in order to underline, to analyse, to emphasise some of their actions, goals,

characteristics, in the same way that a writer presents one character in a book. These “journal” characters

often fulfil banal actions, they have some common “peculiarities”, their actions and their goals are

important only for them and for their relatives or friends, thus, they have no social impact on the other

people. So, this type of journal content has none of news’s characteristics. Instead, they are focusing on

describing a person whose actions, goals and characteristics are invested with importance, creating a

The journalists are paying a specific attention to these characters, which are presented

continuously, with tireless vigilance, seeking new and new facts in their ordinary existence and

emphasizing any of their acts.

We evaluated a total of 115 articles published in the newspaper “Libertatea” during September 1st,

ordinary people, raised at the rank of "heroes". The articles were accessed through the online edition of

this newspaper. The selected articles were part of the lifestyle section.

We considered for each item the main characteristics of the subject such as age, sex, area of

activity, the public or common status of the person; the behaviors manifested by the characters that were

described; the goals and the values associated with them.

We evaluated also which type of these characters is the most present in the analysed content. We

�Total number of the persons described: 116

The main activity field of these persons are: fashion, music and TV journalism. There were only a

The main topics of these articles are sexual or sensual, sometimes the sensuality being associated

with maternity. The „heroes” are young women in exhibitionist attitudes and behaviors, whose actions are

centered on exposing themselves in order to obtain attention and admiration. These young women are

presented posting their provocative photos on the internet, showing their bodies in a variety of situations,

The second category of topics is centered on social recognition (respect, affiliation, approval by

others): persons engaged in aggressive behaviors, imposing themselves by some particularities, attitudes

or behaviors, in order to obtain material gains, power, social domination and influencing others.

The third category of journalistic contents is centered on pleasure, fulfilling desires, leisure.

The main goals of those actions described in the analyzed contents are, according to the

The psychological effects of these mass media contents on the audience are mostly negative. The

public, especially the young ones, can learn to seek for pleasure, power and material gains, to obtain

social power in the easy way, like “modern heroes” do.

In need for visibility and economic gains, mass media promotes mostly some negative values and

heroes, in order to raise their audience. The traditional values are no longer “fashionable”.

8.Limits and further directions of research

Due to its concentration on one newspaper’s content and to the short period of time analysed, this

study is not a representative one for the entire Romanian mass media. It is a part of a larger study, that

better the products of his work.

This study was supported by the Bucharest University research grant.