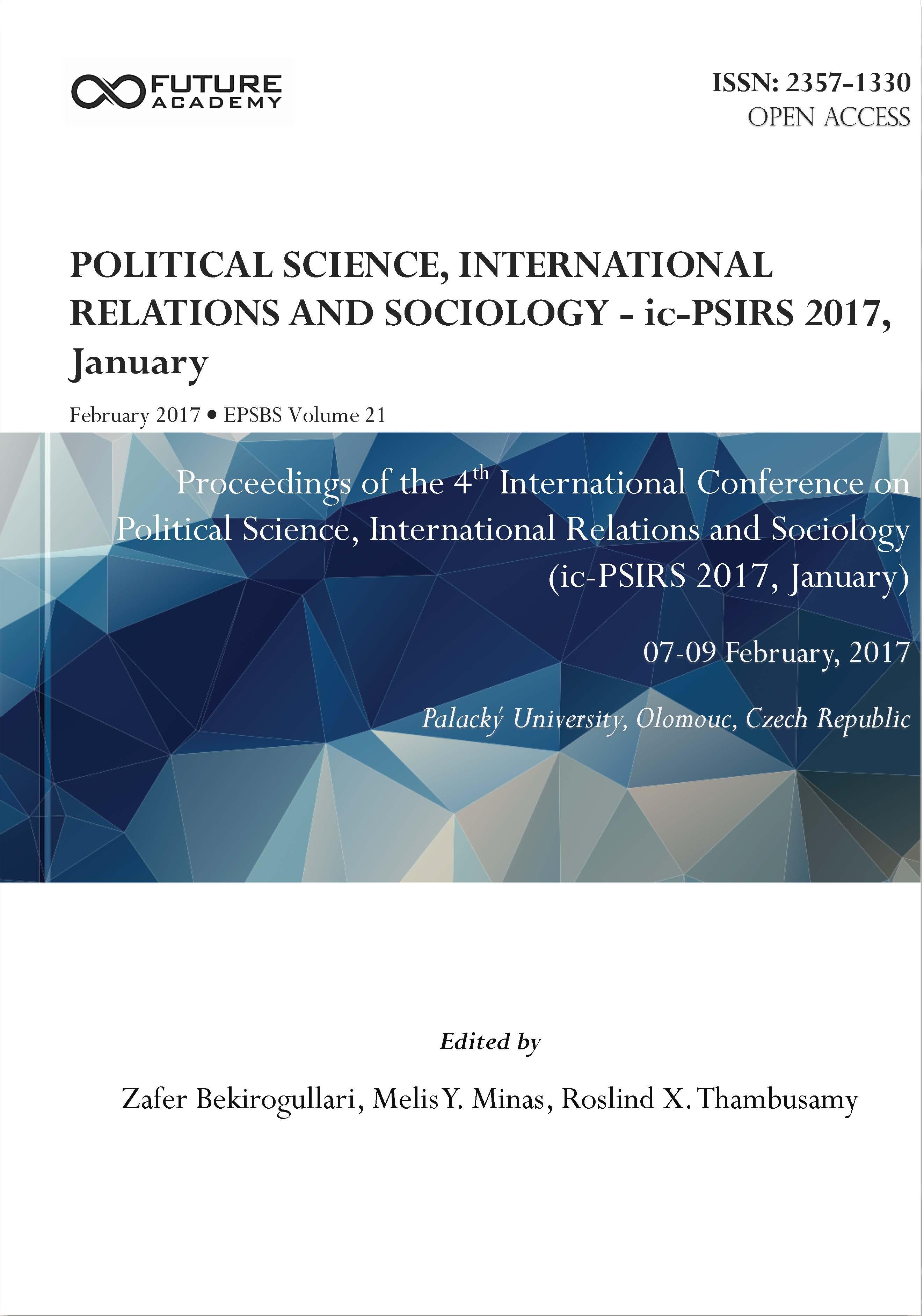 Ethnic Tolerance In Multiethnic Society: The Case Of Pulau Pinang

This article discusses the level of ethnic tolerance in the multiethnic society of Malaysia, with specific reference to the parliamentary seat of Bukit Bendera, Pulau Pinang. It also aims at identifying factors that influence ethnic tolerance in the area involved. In a survey of ethnic and political tolerance of 174 respondents, this study raises the question of majority-minority tolerance in a multiethnic society. This study is crucial due to the demographic uniqueness of the particularly mentioned area in terms of the majority-minority composition of its ethnicity. The findings reveal that the people of Bukit Bendera can be categorised as medium-good practitioners of ethnic tolerance, as attitude and perceptions are more important to them than the issue of political parties and ethnicity. It is significant where moderation has progressively become Malaysia’s national plan in managing a plural society. The article ends with relevant discussions and suggestions.

Being applauded as an example for developing states (Lijphart, 1977; Shamsul, 2005), maintaining

Malaysia’s racial harmony and tolerance has become a massive task (Cheah, 2004) as its political affairs

Mohammad Agus, 2008). Thus, tolerance amongst ethnic groups is an elemental and essential

determinant for Malaysia's political strength and stability. The outcome of the 2013 Malaysia General

Nasional (BN), while the rest fell to the opposition party of Pakatan Rakyat (PR). This reflects the

emergence of a new pattern among urban voters. Thus, this study was initiated to investigate the level of

tolerance among ethnic groups in the Bukit Bendera parliamentary seat of Pulau Pinang state. It is

minority-majority relations. Most importantly, it helps researchers to devise an ethnic tolerance scale for

The definition of ethnic is derived from the Latin word which means nation, people or

“races”. Thus, ethnic describes an assemblage of group of people that are genetically, culturally,

historically related. The Oxford English Dictionary (2014) defines tolerance as "the ability or

willingness to endure the existence of thoughts or behaviour that one dislikes or disagrees". Tolerance

also refers to as an acceptance of others whose actions, beliefs, physical capabilities, religion, customs,

ethnicity, nationality, and so on differs from one's own (American Psychological Association, 2007).

relations from social and political constructs, which compensate the concern of deficiency of literatures

on inter-ethnic tolerance. It then paves to the various scholars examining measurement of ethnic

including gender, marital status, religiosity, income, occupation, and education. Other indicators such as

competition (Kasara, 2013) are also often regarded as tests of ethnic tolerance with a mixture of end

Yasmin & Najeemah, 2010). Numerous studies in Malaysia found that socialisation to the news via media

behaviour and individual openness (Fazilah, 2008) positively contribute to ethnic tolerance level. On a

more recent study, Nazri & Mansor (2014) found that the tolerance level has been very good at the public

higher education institutions. However, "forced interaction" does not always work best as various field of

But there is still insufficient information on the ethnic tolerance in relation to ethnic voting patterns. All

the above literatures confirmed that demographic indicators, including heterogeneity, contribute to the

that ‘urban’ is a significant construct in understanding the politics of Malaysian plural society. These

cases have proven that ethnic factor is still a major determinant in Malaysian ethnic relations. Thus, it is

behaviour in elections. This is because factors like education and social interaction empirically enhance

cultural integration, but not politically , which suggests that concentration on the political dimensions

In doing so, an out-group aspect is not suitable to measure the ethnic tolerance level. In fact, ethnic

considerations were imparted in the political system, including constitutional, party politics and electoral

system since the earliest days of Malaya independence. This study however, will measure ethnic tolerance

tolerance. As to date, a synonymous examination of both ethnic tolerance perception and attitude is not

available. Obviously, not all citizens are ethnically and politically tolerant, but evidence has confirmed

that there is still insignificant numbers of literature emphasising on ethnic tolerance behaviour, especially

electoral decision among voters, especially in urban areas. Thus, understanding the factors and

The study was guided by the following questions:

What is the level of ethnic tolerance in the research area?

What are the types of factors that influence voters’ decision in the research area?

This study is explanatory in nature. A quantitative design was employed using a survey method

with a set of questionnaire for data collection. The sample frame for this study consists of 32,778

registered voters in Bukit Bendera constituency, and is considered as minority Malay constituency.

However, voters have elected an ethnic Malay as their representative in the Malaysian parliament. Bukit

terms of gender, 124 were males, while 50 were female respondentswhich resembled the demographic

This study employed a set of questionnaire, which contained four parts, namely demographics

0.79 proves that the validity and reliability assumptions are met. Due to lower correlational score, 3 items

were deleted (Coakes & Ong, 2011, p. 126). Data were then analysed using Statistical Package for the

Generally, the mean score for ethnic tolerance construct was 6.63. This score can be interpreted as

Zainal, Abu, & Mohamad (2010). However, they differ in terms of respondents as both were measured in

a "forced-institution" while this study was done in a day-to-day condition. Table shows the analysis.

Table shows that respondents achieved medium-good level of ethnic tolerance. The scores are

that there was a significant difference based on ethnicity.

Table shows the result of the difference where there was a statistically significant difference between groups as determined by one-way ANOVA (F 2, 171) = 11.426, p<.05. Thus, Post Hoc analysis is required to determine the mean difference and size difference for the research area. (Refer to Table ).

tolerance practitioners, as attitude and perceptions are more important than the issue of political parties

and ethnicity. This result may be synonymous with previous studies (Junaidi Awang Besar et al., 2012;

minority is more ethnically tolerant when there is a majority ethnic in a specific constituency. Therefore,

tolerance. Most importantly, when it involves gaining political support and harnessing votes in electoral

process, definitely ethnic tolerance becomes one of the indicators, at least it prevails in urban society.

Governing parties should chart new strategies for upcoming election. This is the way forward.

This material is based upon work supported by the Ministry of Higher Education under grant No. USIM/TRGS02_PROJEK02/ISI/59/50516.