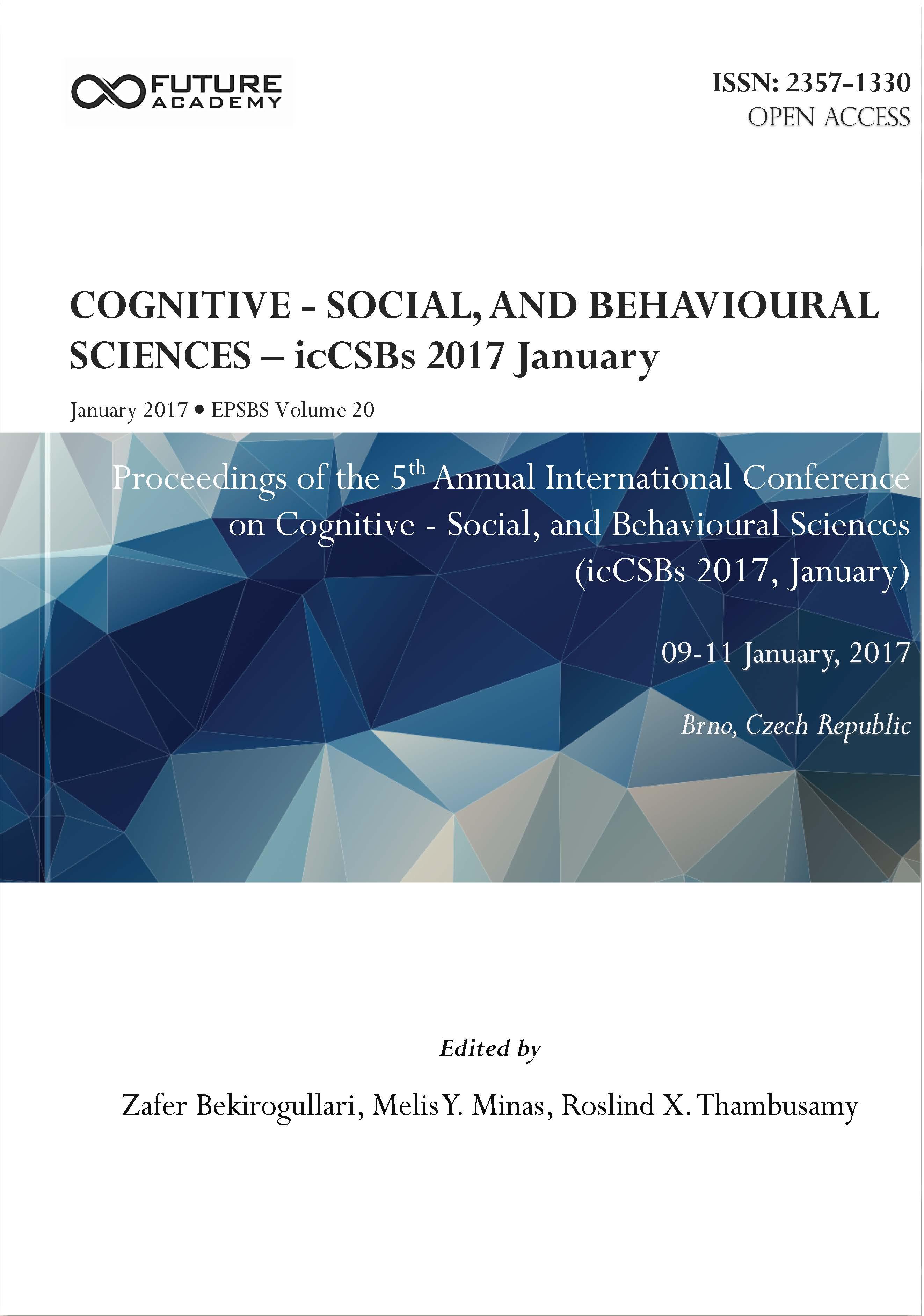 International literature has studied the role of parental eating disorder (ED) on children development, highlighting that it constitutes a relevant risk factor for the onset of offspring’s emotional-behavioural problems. Limited attention has been given to parental Binge Eating Disorder (BED) and its impact on offspring’s psychopathology. Thus, further investigations of this clinical manifestation as possible predictor of offspring’s psychopathology are needed. The present study aimed to assess the maladaptive outcomes in children of parents with psychopathological risk and psychiatric diagnoses. Specifically, we intended to verify whether offspring of parents who were both diagnosed with BED showed higher affective and behavioural problems, compared with their peers with only one parent diagnosed with BED. We conducted a longitudinal study (T1 18 months old children; T2 36 months old children) on a sample of 100 Italian couple of parents and children (Ntotal = 300), divided into three groups based on the presence of BED diagnosis. Group A, diagnosis in both parents; Group B, diagnosis only in the mothers; Group C, diagnosis only in the fathers. The presence of BED in one or both parents was associated with the emotional and behavioural development in offspring. Particularly, the diagnosis of BED in both parents had a direct effect on infants’ affective problems. The offspring of parents diagnosed with BED were more likely to manifest emotional and behavioural difficulties and psychiatric symptoms within the first three years of life.

In early childhood, the affective and behavioural manifestations of children are particularly

sensitive to parental influence. Several studies have investigated the association between child

development and parental psychiatric diagnosis, focusing on the role of individual and

psychopathological variables related to deleterious consequences for psychological and physical

Regarding to eating disorder (ED), theory and research suggest that this kind of diagnosis in

parents may acts as a significant risk factor in influencing children’s mental health. Indeed, as highlighted

2014a), ED is a complex phenomenon in which it is possible to track down a variety of individual and

adolescence. Consequently, the impact of mother’s and father’s eating psychopathology on their infants

could be not only related to the transmission of specific eating symptoms, but involves various issues that

In the conceptualization of the course of the psychological development during childhood, we

2013) that, in term of multifinality criterion, emphasizes how a single risk factor, including parental ED,

could forecast an entire spectrum of psychopathological problems in offspring. Moreover, in order to

explain the complexity of child development, we are also in agreement with the Transactional approach,

Merikangas, 2011). The empirical literature in this area has especially examined the link between parental

Specifically, this type of psychiatric diagnosis in mothers and fathers results to be associated with

characteristic psychopathological profiles in their children, in terms of internalizing problems (e.g.,

(2014b), for instance, in a longitudinal study on parents and children, highlighted that maternal EDs

development of an ED and other psychopathological problems in offspring.

Thus, research should strongly continue to explore the negative form of psychological functioning

that erode childhood development and family relational balance, focusing both internalizing and

However, to date research has mainly focused on parental eating disorders as anorexia nervosa and

bulimia nervosa, whereas much less studies have investigated the specific diagnosis of binge eating

to the negative influence of parental eating disorders on child outcomes, while, to our knowledge,

relatively little attention has been given to an analysis of the binge eating disorders (BEDs) in mothers,

fathers or both, and on its impact on infant’s psychopathology.

2013) constitutes an empirically validated typology of eating disorder (Mitchell et al. 2010). As it is

known, it consists of binge behaviours in absence of compensatory-elimination conducts, with a particular

and relevant sense of loss control. Being a psychiatric disease in which the component of impulsivity is

very high, the emotional and behavioural functioning of parents affected by can be seriously

compromised, with important negative consequences for the relationship with offspring overtime.

of psychopathological symptoms, compared to children of parents without BED (Roth, Munsch, Meyer,

Isler, & Schneider, 2008). These negative consequences have been documented in some other research:

Reba-Harreleson et al. (2010), for instance, have showed an association between maternal BED and

depressive and anxious symptoms in their children.

Moreover, the specific influence of paternal BED diagnosis on their children is still unclear.

In addiction, there is actually growing interest in understanding the effective weight of the fathers’

emotional and behavioural problems, compared to healthy controls. Overall, according to the authors,

Therefore, for all the above reasons, and to address the literature limitation, we strongly believe

necessary to offer an integrative view of child development in a risky environment.

Furthermore, in order to have a more complete understanding of relational dynamics, it would be

relevant to better highlight the contribution of each parental figure, especially the paternal one, on

maladaptive outcomes in their children.

The general purpose of the present study was to fill the gap in the literature, by investigating the

In line with the current international literature, we hypothesized that diagnosis of BED in parents

would have a direct negative influence on emotional and behavioural functioning in offspring. In other

words, we expected that the psychiatric disease in parents (BED) would be a predictor of children

overtime (T1 and T2), verifying whether offspring of parents who were both diagnosed with BED exhibit

more psychological problems than children with only one parent with BED or none.

children (Ntotal = 300), recruited from an Italian program for prevention of maladaptive outcomes in offspring of parents with psychiatric diagnoses. Ninety-eight percent of participants were Caucasian.

Furthermore, all subjects came from families with middle or high socioeconomic status. All the

participants, voluntary and anonymous, had complete data on all study variables. None of those who

Faculty at Sapienza, University of Rome, in accordance with the Declaration of Helsinki.

The sample was divided into three groups, based on the presence of BED diagnosis. Group 1, N=

only in the fathers. The children’s gender was balanced between males and females in each group.

This sample was paired to a healthy control group, recruited in Italian primary schools (Group C,

composed by parents without psychiatric diagnosis and their children), that had comparable socio-

and behavioural functioning in different areas of daily functioning (age range: 18–36 months). It

Behavior; the Neither Internalizing Nor Externalizing scale identifies the syndromes of Sleep Problems

and Other Problems. The instrument shows a good internal consistency (Cronbach’s α, 0.65 to 0.96).

in all four groups at T1 and at T2 (considering the effects of age and gender). The variable group

Afterwards, the data were analysed to check the presence/absence of BED diagnosis in one or both

parents. To examine the associations between the BED diagnosis in parents and child psychopathology at

T1 and T2, the Pearson’s product-moment correlation coefficient was used.

Starting from the observed correlations, Structural Equation Modeling (SEM) was employed to

All data were performed with IBM SPSS software (version 23.0) and LISREL 8.80 (Jӧreskog &

behavioral functioning a MANOVA was conducted on four Groups on CBCL DSM-oriented scales.

At T1, a statistically significant effect on all the CBCL DSM-oriented scales administered was

oriented scales at T1 and T2.

psychopathology, the Pearson’s product-moment correlation coefficient was applied to the CBCL DSM-

oriented scales at T1 and T2 and to the presence of BED diagnosis in the parents (mother vs. father vs.

Starting from these correlations, the path analysis model was performed in order to investigate

direct effects of parental diagnosis on child psychopathology at T2.

with the emotional and behavioral development in offspring. Particularly, at T1, the diagnosis of BED in

offspring’s psychopathology. To our knowledge, no research was carried out on this issue yet.

Overall, our findings showed that the presence of BED in one or both parents was associated with

the emotional and behavioral development in offspring. Particularly, the diagnosis of BED in both parents

had a direct effect on infants’ affective problems. In addition, while maternal BED had a direct influence

on children’s affective and pervasive development problems, paternal BED had no direct impact on

psychopathological problems in their children. However, it should be considered that the assessment of

the possible mediating variables was not used in the present study. For this reason a firm conclusion about

the specific effects of the maternal and paternal disease on offspring well-being cannot be made. Thus,

healthy psychological development of children. We aim to investigate this aspect in future studies.

and public health prevention. Indeed, the results are of considerable importance in relation to child mental

health, since, consistent with a suggestion provided by Cimino et al. (2013), the emotional and

were more prone to manifest emotional and behavioural difficulties and psychiatric symptoms, it should

In final conclusion, a productive focus for future studies would be the investigation of the

impair psychological well-being in offspring. In this aim, given the few still studies present in the

literature on the role of fathers in promoting or otherwise modulating the onset of problems in children,

more attention should be addressed to the fathers’ psychopathological profiles with BED. In this regard

there is evidence that the involvement of fathers can reduce the impact of important issues such as, for

example, a maternal depression. In addition, recent studies are increasingly showing how a father

Some shortcomings of this work should be indicated.

psychopathological problems in offspring (described by parents). Second, we did not assessed the family

functioning in general. Nevertheless, despite the aforementioned limitations, a longitudinal study was

carried out to investigate the offspring psychopathological outcomes, focusing on direct influence of

eating psychopathology in parents with BED. The present study adds to our knowledge about parental

BED and our findings can be used to improve the future research.