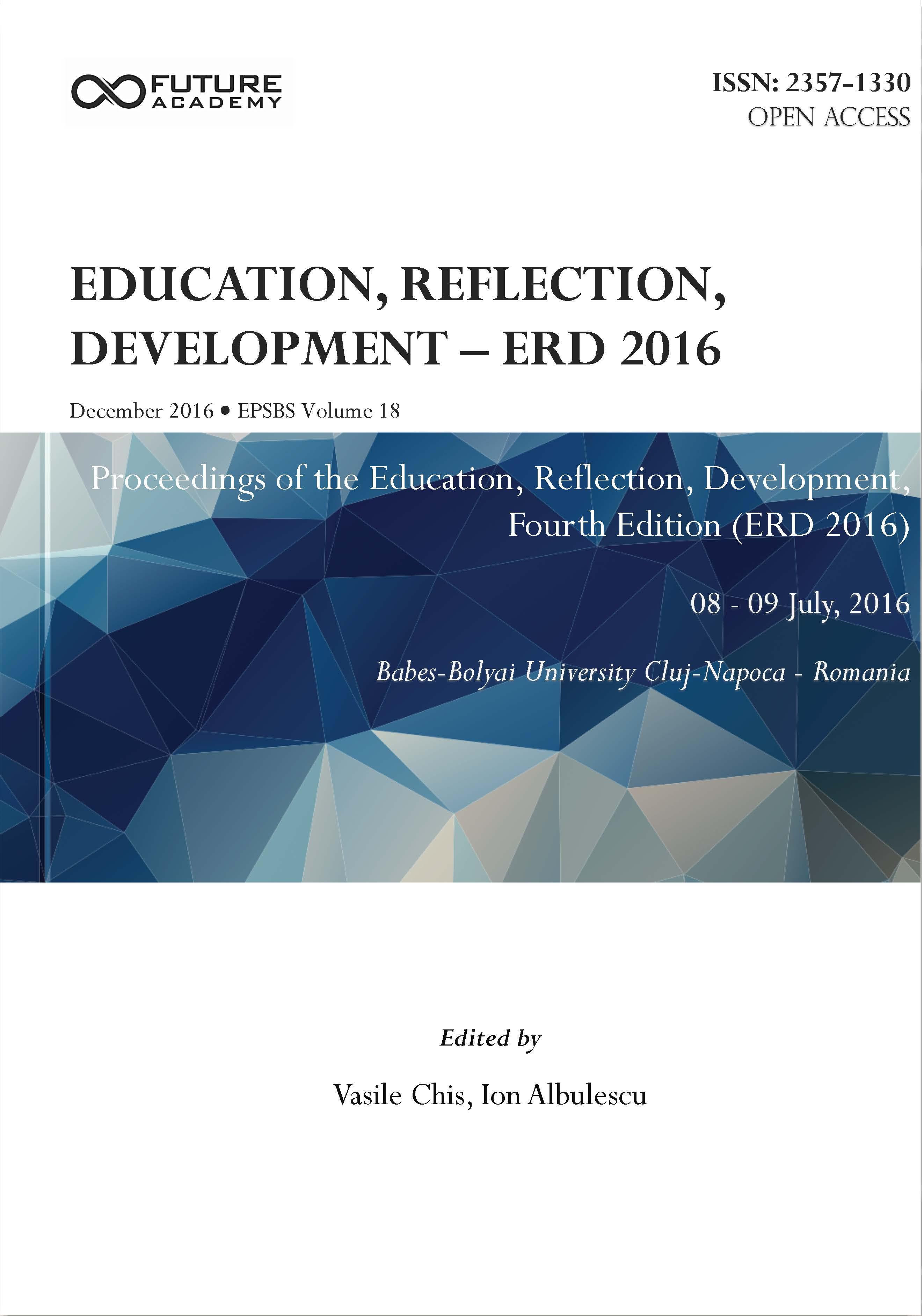 Juvenile Delinquency: Is Society to Blame?

The aim of the study is to present the main characteristics of juvenile delinquency from Romania before and after 1989 in order to emphasize and clarify the relevance and the role of psycho-social factors in the evaluation and prevention of vulnerability exhibited or implied by delinquent behaviors. For this purpose, we relayed on the existing studies and researches concerning juvenile delinquency in the communist and post-communist regime, and also conducted our own investigation through questionnaires, document analysis and interviews on a population of 420 juvenile delinquents and 420 persons in control group. The first batch of studies was taking into account internal (within) and external (without) pressures and influences present in the life of the juvenile delinquent but it did not state a clear case regarding the pre-eminence of one influence over another. Our inquiry tried to sift through them and assess their importance in triggering delinquent behaviour in youth.The general conclusion of the study is that the range and impact of social and educational factors upon the phenomenon of juvenile delinquency are higher and stronger than any other factor.

Delinquency is a mass social phenomenon which systems “stems” from individual behaviours, penalised and determined as such by the juridical system. Legal norms define the behaviours that enter the rank of delicts, as well as the means and modalities of action suitable to contain them.

As a mass phenomenon, delinquency has multiple social causes, which engender multiple human behaviours and which lead to multiple effects upon both the person who commits the misdemeanour and those around him/her, together with the society at large. From this multitude of triggering causes and serious, long-lasting effects, the researcher is keenest to establish a hierarchy of influences and deficiencies that turn a youngster to a life a crime. Is the psychological build of the youth the weakest link? Or social and educational factors hold sway over his/her falling into delinquency?

The first stage: between 1950 and 1954, a period during which the phenomenon raised to new levels of consistency due to the economic crisis and the particular conditions of post-war Romania.

The second stage: between 1983 and 1986, during which time the phenomenon trebled in number in comparison to the previous period. Many juvenile delinquents were those unwanted children engendered by the coercive measures of the Decree from October 1966 which interdicted abortion and imposed a drastic narrowing of the grounds for divorce.

The third stage: from 1989 until nowadays, a period during which the phenomenon of juvenile delinquency registered the biggest increase in number and qualitative modifications (from approximately 4.010 juvenile delinquents identified in 1989 to over 27.000 identified by the police body in 1997 and 1998). Concurrently, the degree of danger of certain crimes was heightened, the average age when an underage person is deemed to be a delinquent was lowered, and the phenomenon of juvenile neighbourhood gangs, often associated with adults, knew a significant surge (Rădulescu, 1999).

Despite the fact that before 1989 there were in Romania few studies and researches concerning juvenile delinquency, the slim data allowed us nevertheless to have a grasp on the evolution of the number of juvenile offenders with final sentences from legal courts during 1980-1989. This presentation was important because it made possible the comparison with the number of juvenile delinquents irrevocably convicted by courts after 1989.

By analysing the above chart, one can notice that during 1980-1989 there were two contradictory tendencies with regard to the number of juvenile delinquents irrevocably convicted:

According to specialists this decrease in number was not the result of the prevention policies of specialized institutions, but “of certain normative “artifices” in criminal law with the aim of limiting the possibilities of judges to indict certain minors, and of blurring the real dimension of juvenile delinquency” (Banciu, & Rădulescu, 2002, p. 241).

Statistic data pertaining to 1980-1989 show the fact that the majority of the convicted juvenile delinquents (74%) committed theft against public and private property, 9,2% abuse and physical aggression, 3,3% murder and rape, and the rest of 4,8% prostitution, mendicancy and vagrancy.

Concerning the age group to which the convicted juvenile delinquents belong, the most frequent is 16-18 years old (over 85%), whereas the categories of under 14 years old and between 14 and 16 totalled only 15% of all the minors punished for the offence they committed.

According to the analyses carried out by Banciu & Rădulescu (2002), the majority of youth accorded a penalty between 1980 and 1989 showed that socialization, educational and family-related deficiencies “initially manifested by running away from home and school, theft and vagrancy, physical aggression and alcohol consumption, adherence to a nefarious entourage and groups, and which subsequently led to the development of critical and reiterative behaviours” (p. 242).

Sociology and criminology research from the communist era pointed out to the fact that the significant factors which encouraged juvenile delinquency were: 1. Educational deficiencies within the family; 2. Educational deficiencies in school and social environment; 3. Objective and subjective, general and social, determinations among diverse internal factors (linked to the personality of the youngster), as well as external factors (economic, social, cultural) ().

Specialists consider that the factors with the biggest “criminogen” potential were represented by: 1. Discordant or even “negative” socialization within certain families with juvenile delinquent children, whose characteristics are: serious and repeated conflicts between parents and between parents and children, lack of affectivity and communication, family abandonment and alcohol consumption, etc. 2. Failure and school dropout, indifference towards school manifested in the minors’ poor school performance which, in its turn, contributes to their “marginalization” by teachers and educators and which facilitates further their propensity to delinquency; 3. Influence or negative “induction” of the street or peer groups which, through language, behaviour or diverse particular activities, formed potential “sources” for juvenile delinquency.

Consequently, it has become clear that the phenomenon of juvenile delinquency is not a new occurrence in the Romanian society after 1989 because it existed in many forms even before this important historical date, during the old communist regime.

To be able to explain the situation of the first stage of the transition we appealed to the phenomenon of anomy which characterised the Romanian society after 1989. The significant increase of juvenile delinquency represents one of the social aspects of anomy. According to Durkheim (1975), a society is touched by anomy when deviant acts register a meaningful boost due to the sudden changes undergone by the society in question. This idea explains easily the juvenile delinquency upsurge in Romania.

The high number of imprisoned minors shows that they committed serious offences and had discernment while doing the wrong deed. Since 1994, the most used method as penalty measure against irrevocably convicted minors has been prison, followed by educational measures, while fine was the last legal measure taken into consideration (Kurkó-Fabian, 2006, Müller-Fabian, 2015).

For juvenile delinquents, the statistics point to the frequency of the offences which denote force, audacity, foolhardiness, lack of experience: violent crimes, theft, jobbing, vagrancy and prostitution.

Generally speaking, the results of researchers show that the following factors play an important part in going along with risk situations: (Eysenck, 1964; Zuckerman, 1971; Farley, 1972; West, & Farrington, 1977; Farrington, Biron, & LeBlanc, 1982; Hampson, Severson, Burns, Slovic, & Fisher, 2001), which are influenced by psychological factors such as: (Farrington, Biron, & LeBlanc, 1982; Donohew, Zimmerman, Cupp, Novak, Colon, & Abell, 2000) and (Strickland, Lewicki, & Katz, 1966; Gottfredson, & Hirschi, 1990; Hampson, Severson, Burns, Slovic, & Fisher, 2001); (poverty, unemployment, etc.) and(inadequate family model, delinquent parents or brothers, conflictual family atmosphere) (Rutter, & Madge, 1976); (Ball, & Conolly, 2000); (those between 14 and 18 years old are most vulnerable, Trimpop, Kerr, & Kirkcaldy, 1997);- (Malamuth, Feshbach, & Jaffe, 1977; Rutter, Mangham, Mortimore, & Ouston, 1979). Concerning the issue of, the results of researchers are contradictory: some argue that juvenile delinquents are not aware of the consequences of their acts and, therefore, they do not make correct decisions (Mayers, 1980), whereas others assert the contrary (Cornish, & Clarke 1986). I will expand my research in the future in order to find an answer to this thorny problem.

With the aid of deviance and delinquency theories elaborated in scholarly literature and based on the previous research findings, we built a theoretical model which comprises the factors of juvenile delinquency. We called this model: The Integrative Model of Juvenile Delinquency (Kurkó-Fabian, 2006, Müller-Fabian, 2015). The relevance of this model pertains to the fact that it approaches from several perspectives the risk problematic of delinquent behaviour.

The aim of the research was to analyse this model in order to grasp those factors conducive to juvenile delinquency according to the following hypothesis: the acceptance of risk situations that lead to juvenile delinquency is engendered by both social factors – type of family, family conditions, family atmosphere, relationship with parents, degree of education, abuse of hallucinogenic substances, entourage, group of friends, etc., and factors such as thrill-seeking needs, and the degree of impulsivity, sociability, activity and self-control showed by the minor. With regard to the decision-making strategies, in risk situations there is no difference between juvenile delinquents and non-delinquent youngsters from the same age bracket ().

The following results ensued from our research:

On the other hand, the results of the research have also highlighted the fact that according to any parameters, the members of the control group lived in healthy, social and family conditions in comparison with the members of the delinquent group, but there is no difference between the decision making strategies of juvenile delinquents and non-delinquents respectively. The cognitive schemata, which play a role in decision making, proved to be unrelated to the fact that the individual is or is not a delinquent (Fabian, 2006).

The research reached the general conclusion that the range and impact of social and educational factors upon the phenomenon of juvenile delinquency are higher and stronger that those of the psychological factors which still play an important role. Therefore, if there is an adequate socialization of the minor both within family and in the educational environment, if he/she has suitable material possibilities, if he/she lives in a good, encouraging environment, and if he/she does not fraternize with a dubious entourage, then the minor has a much lower probability to commit offences punished by the law.

The results of the studies from the communist era and after 1989, along with the empirical data brought forth by our studies show the significant role of socio-educational factors in the making of juvenile delinquency. Specialists are, therefore, very important for dealing with this social phenomenon by developing, on the basis of the factors identified by these studies, prevention and intervention programs targeting juvenile delinquency.