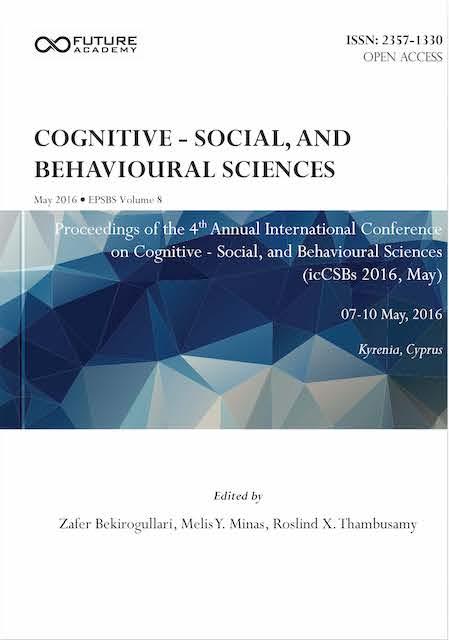 The Universal equality in a multi-ethnic society of Kazakhstan

Concentrating on spiritual - moral sphere of culture, which is the pinnacle of the human experience, moral values are converted to a specific moral regulator of human activity. However, despite the fact that the basic postulates of different cultural – moral knowledge systems are similar to each other, their treatment and the appropriate specific ethno-cultural understanding of the situation may be different. All those create certain prerequisites for the formation and development of ethnic prejudices the moral inconsistency of cultural values of the peoples of the world. In a multi-ethnic society where ethnic groups work closely together, the interests of ethnic groups often clashes with different understanding of moral values. One of the value orientations of Kazakh society is equality of the multinational people of the republic. However, during the study of the moral value of equality, which has studied 100 Kazakh and Russian representatives of ethnic groups, has found out that they have different attitude to the universal equality of citizens.

psychology. In particular, as Kazakhstan is a multi-ethnic state, ethno-psychological characteristics of

the study are not only interesting from the point of view of long-term directions of research, moreover,

it is practically significant. Moral values in inter-ethnic cooperation are one of the promising areas of

research in this area. Moral values can be regarded as one of the leading criteria for the level of

development of semantic structures of personality.

value orientations correspond to the system of social attitudes towards social values of the society,

of the Republic is the equality of citizens before the law. No one shall be subjected to any

religion, beliefs, place of residence or any other circumstances " (The Constitution of the Republic of

Kazakhstan). Enabling this value orientation in personality structure allows capturing the most

social activity. Moral values in the form of activity-being transformed into a moral activity of the

individual. "Moral activity can be regarded as a specific activity of mind and will to the practical

implementation of the moral requirements from the society" (Zotov 2014). In our view, moral activity

is defined as an active moral relation of man to the world, to other people, in which the subject acts as

an active carrier and a "conductor" of moral values, capable of sustainable moral conduct and self-

realization of their place in society and self-determination. As the experience shows that the

development of mankind, to fully enter into the human culture, avoiding the various problems

"marginalization" of the individual, it is possible only through the national culture. However, a person

as a psychological system is the result of a biological organism adaptation to the social environment,

possibilities in the environment (Dzhakupov 2002).

reflected in the moral values of the person. Stereotypes are a unique system of personal origin, with

whom the child meets in the process of socialization. But man can not be in all the social issues form

the individual experience and in connection with which he uses stereotypes entourage. This is one of

the causes of the problems associated with international conflicts. The problem of ethnic conflict is

particularly relevant during the bright manifestations of terrorism and extremism. For a more detailed

to the moral value of equality.

Subjects and methods of research

Universal equality study of moral values was carried out in 2 phases. The first phase of the study

2016.The purpose of the study was phased in tracking changes in relation to the moral values of the

study respondents. The study was attended by representatives of the two main ethnic groups in

Kazakhstan. They are Russian and Kazakh which is historically related to each other: Age of the

subjects ranged from 20 to 35 years. The choice of the age gap, we started with the average age of the

citizens of Kazakhstan, which is not more than 35 years. The total number of subjects was 200 people,

two stages of the study involved the same respondents from large cities and rural areas.

The study was conducted by objective observation, interviews and psychological tests, which is

adjusted specifically for this study.

Identical in content methods were performed for both ethnic groups, their only difference was the

drafting languages. So, for the Kazakh group techniques were held in the Kazakh language, and for the

Russian - in Russian. It is worth noting that for the design and transfer of techniques involved experts

Methods used in the study are survey, modeling of virtual groups, observation, structured

interviews, a modified technique of M. Kuhn, T. McPartland "Who am I in Kazakhstan?" Technique

approved by the moral values of universal equality. For this procedure carried out interpersonal and

interethnic relations, monitor the subjects in the study, and beyond, focused on the conflict situations of

Results and their discussion

positive – 93%, while 7% of respondents believed that universal equality as a moral value is not

developed and cannot be the basis of moral values of society. The representatives of the Kazakh ethnic

group have negative attitude to the moral value of equality, it was 19%, which according to a similar

study conducted in 2013, increased by 2%. The growth of negative attitudes to the moral values of

equality may compromise the representatives of the various factors of social life, including numerous

scenes on TV related to inter-ethnic crimes occur at the time of the study.

moral values of universal equality. However, at the same time under the external socio - Information on

reduced, leading to ethnic conflicts and the strengthening of negative stereotypes of other ethnic