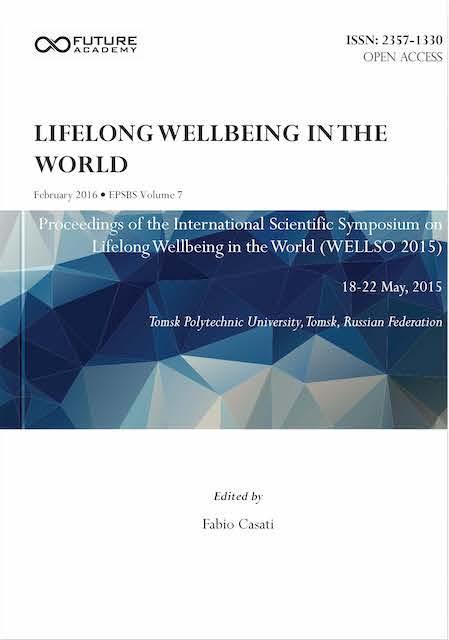 This study demonstrates an attempt to build up the system of criteria for assessing the effectiveness of the youth policy implementation in education institutions and special organs. The assessing is underpinned by several criteria. These criteria are: criterion of matching priorities of youth policy expectations and the young people needs, criterion of consistency of priorities in forming and implementing national and regional youth policy, criterion of consistency work of various regional and local organizations and social institutions, criterion for mental and physical health of young people, criterion of the general level of development of social activity of youth, the level of youth`s crime.

State youth policy is a system of social, political and economic measures, that are directed to setting the stage for social process and young citizens socialization (Tartsan, 2010). The basic functions of educating young people, setting the stage for their development and effective self-actualization are performed by education institutions and special youth policy state organs in the policy state organs in the local area.

Today the problems of the youth and an issue of training qualified personnel for dealing with them deserves special attention The network of specialized institutions that shape a system of measures and priorities in the youth policy implementation is well developed (Rudneva & Glukhova, 2014). But this system Achilles’ heel is poor elaboration of the assessment criteria of the youth policy implementation in particular spheres and in the youth environment in general. The criteria are necessary not only for public authorities, but for regional authorities and social institution.

This paper demonstrates an attempt to build up the system of criteria for assessing the effectiveness of the youth policy implementation in education institutions and special police force.

For end of purpose in the paper we used complex of methods and techniques, including a method of scientific description, which is realized in the methods of document analysis, synthesis of the results of sociological research and scholarly literature.

Despite the fact that state youth police has a special status and a group of basic papers has been adopted (such as ‘the Basics of the State youth Policy up to 2025’, ‘Strategy the state youth policy implementation up to 2016’, ‘On a state support of children's and youth public associations’ and others) the problem of well-being of young people has quite a modest place.

According to the authors the main disadvantage of these regulatory documents is their weak orientation on the well-being of young people in the current moment. So the targets of the state and regional youth policy are increasing the youth community relief, forming their civic position, successful socialization, patriotic education preventing extremism and deviant behavior, developing innovative thinking.

However the typical subjective opinion of young people is that they do not consider absence of their active civil position and low level of social activity a problem. For the majority of the youth the most significant problems are the lack of employment opportunities, adaptation in a changing environment and weak social guarantees by the state (Ginwright, Cammarota & Noguera, 2005). In 2011 an independent organization of sociological research "Levada-Center" carried out a research that aimed to identify the satisfaction / dissatisfaction of young people in various areas. So 54% of young people said that they felt fear of unemployment and dismissal from work. Moreover young people experience acute problems with the housing acquisition and difficulties in marriage. Such fears are expressed by 45% of young women and 42% of young men. Social and political problems, opportunities of participation in social processes bother only 12% in large cities such as Moscow and St. Petersburg, and 4% in towns. Socialization problems and economic insecurity are an issue for 22% of young respondents. About 15% expressed some difficulties in choosing life ideals and principles.

The results of this sociological research partially prove the authors’ hypothesis that at the current moment the state youth policy considers young people as objects who as a result of state and regional youth policy obtain qualities that are necessary for the youth policy subjects. In this case solving the problems connected to subjective, real feelings, experience and needs of young people at a given time pales into insignificance.

So the fundamental criterion in the youth policy assessment of efficiency should be the criterion of the youth policy priorities meeting the needs and expectations of young people. Undoubtedly the state youth policy implementation has a prolonged effect. Therefore one shouldn’t down-grade promoting the youth community relief, civic position and innovation activity.

After a certain period of time the implementation of the state youth policy fundamentals will show its effectiveness. For example, the civic position and community relief can help young people in forming their subject position. In addition to that experience in social activities can serve as a springboard for career growth and future success in social and political activity of a young person. The importance of social activity promotion is noted in many international documents such as "The White paper on youth", " on the of People in Local and Regional ". However, apart from the long-term results we should pay attention and solve the existing problems of young people. It is the youth present dissatisfaction that caused the "color revolutions" in several European countries (Mannarini & Legittimo, 2008). There is always a possibility of these scenarios being repeated.

To identify the young people’s problems and needs regular satisfaction sociological research should be conducted. Today interdisciplinary research is the main tool in imaging current social situation. Sociological research can be an important stage in the effectiveness evaluation system of the youth policy implementation within regions and at the state level. Results of the interdisciplinary research make up understanding of the setting priorities in the youth policy implementation in the local community.

At this stage we are able to allocate the second criterion in the youth policy efficiency estimation, it is correlation between priorities for forming and implementing the national and regional youth policy. State youth policy and its priorities functions as a canvas and every region can impose its own "meaning". Every region has its specific problems in the youth environment. So, the region can rank the priorities identified in the "Principles of State Youth Policy until 2015", "Strategy of the state youth policy", according to its subject’s and the local community’s needs for the best results and solutions of their specific problems. However, the regional programs and projects should meet the state’s interests and should not be implemented on behalf of the in-crowd harming the interests of others and ignoring the needs of the state.

The basic criterion should be an issue of the spiritual and physical health of young people. The youth morbidity rate (except for congenital diseases and accidents), the number of suicide attempts and suicide among young people, the level of deviant behavior should be agreed to be the key indicators.

An important task is the youth policy orientation on to the youth as an active subject rather than an object in relation to which certain actions are carried out (Mahoney, Harris, & Eccles, 2006). Therefore, we consider the youth overall level of social activity as the next criterion for efficiency estimation of the youth policy implementation. A high level of social activism is peculiar to young people who regularly participate in socially meaningful activities and are the initiators (Rudneva & Glukhova, 2014). Acting as an organizer, the person most able to take the initiative and implement their ideas. At this stage of youth issues a special place is given to youth NGOs as a social institution to increase social activity of youth. They allow young to meet common need for transforming activity, thus developing their activity in society. So, based on this criterion can from several positions.

Firstly, the amount of grant competitions, designed to provide information and financial support to youth initiatives.

Secondly, the amount of socially significant projects within the project groups that were initiated and implemented by young people.

Criterion of the level of development of social activity of young people determines the effectiveness of socialization and adaptation of young people in the local community and the changing environment. The authors suggest that higher level of development of social activity of a young person correlates with higher chances of his or her successful socialization and adaptation to the changing conditions. However, as we noted before, the successful socialization and adaptation of the younger generation may be traced only through extensive research of young people’s satisfaction in various spheres of life, which may include sociological and psychological methods. And also be a justification for the effectiveness or ineffectiveness of the youth policies implementation in the region.

We can trace a clear relationship between the level of development of social activity of youth, socialization, life satisfaction, spiritual and physical health and crime among young people (Saarikkomäki & Kivivuori, 2013). This criterion obviously shows the real situation of the youth community and youth policy development in general. According to the Ministry of Internal Affairs in January - March 2015 every 23 crimes were committed by minors. According to the Federal Statistics Service in 2014, the number of juvenile perpetrators was 59.5 thousand people. The number of young people who have committed the offense in 2014 amounted to 0.6 thousand people. Thus, the greatest number of crimes in Russia and other countries is performed by young people.

It is worth mentioning that this scoring system should be take into account the economic characteristics of the region, ethnic and cultural values of each subject. However, the unquestionable advantage of this evaluation system is an objective picture of the situation in each subject, the analysis of specific problems in the region and further alignment the system of measures according to the current situation.

So the assessment system of youth policy has a number of criteria:

- criterion of matching priorities of youth policy expectations and the young people needs;

- criterion of consistency of priorities in forming and implementing national and regional youth policy;

- criterion of consistency work of various regional and local organizations and social institutions;

- criterion for mental and physical health of young people;

- criterion of the general level of development of social activity of youth;

- the level of youth`s crime.

All of the criteria are interrelated. So, we can’t make a complete picture of the effectiveness of youth policy, if we ignoring any of the presented criteria. In the next papers the ranking point enabling to put the main indicators in the evaluation system in order will be examined in more detail.

Acknowledgements and Reference heading should be left justified, bold, with the first letter capitalized but have no numbers. Text below continues as normal.

This work was performed by the authors in collaboration with Tomsk Polytechnic University within the project in Evaluation and enhancement of social, economic and emotional wellbeing of older adults under the Agreement No.14.Z50.31.0029 (19th of March, 2014).