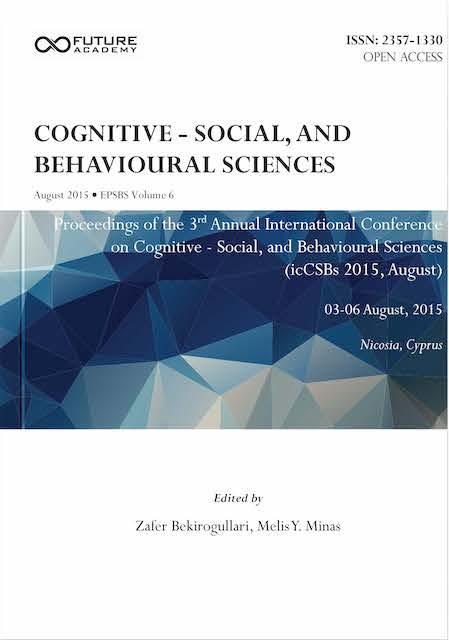 Correlation between Personality Traits and Expression of Hostility in Adolescents

The topic chosen is the correlation between the personality traits and hostility in adolescents. This topic was chosen because it is a topical, contemporary one, which might open the path toward future researches and improvements.

Scope and objectives of research

The scope of this research is to identify and prove the existence of a correlation between the personality traits and the expression of hostility in adolescents based on nine scales: dominance, impulsivity, conformism, tension, self-discipline, psychopathic deviation, agitation, psychological inadequacy and hostility.

The specialty literature highlighted the idea according to which the personality traits statistically correlate significantly with the expression of hostility in adolescents.

Taking into consideration the previously announced scope, the research aims at reaching the following objectives:

General hypothesis: There is a statistically significant correlation between personality traits and hostility in adolescents with ages between 17 and 20 years old.

The particular hypotheses deriving from the general hypothesis are: H1: There is a negative correlation between hostility level and personality traits, dominance and conformism.

H2: There is a statistically significant difference between the clinical factors and hostility. H3: There is a positive correlation between the self-discipline level and the hostility level in adolescents.

H4: There is a negative correlation between the high profile of acquired scores on hostility scale and the profile of low scores on the dominance and conformism scale.

H5: There is a statistically significant difference between tension and agitation scale with hostility scale.

At the same time, from the analysis of hypotheses generated from the general hypothesis, one can remark the associations between hostility and scalar variables from the Clinical Analysis Questionnaire.

The current study was first of all centred on the investigation of personality traits and hostility in adolescents with ages between 17 and 20 years old. The sample selected for the performance of research was composed of 30 adolescents, pupils in XI-th year of study. Therefore, the sample of this research comprises a number of 30 subjects (17 females and 13 males), with the age between 17 and 20 years old.

To highlight the correlation between the levels of the 8 scales (dominance, conformism, impulsivity, tension, self-discipline, agitation, psychopathic deviation, psychological inadequacy) with hostility scale, the subjects were tested by a series of questionnaires elaborated by the psychologists in the field. The 8 scales were assessed by means of the Clinical Analysis Questionnaire (CAQ), an assessment instrument supplementing the questionnaire 16PF (Catell, 1975). The questionnaire is divided into two big groups, comprising scales of the personality traits and scales comprising clinical factors.

The scales that were followed to measure the hypotheses of the current research were: Karson and O’Dell showed that this trait is related to the individual ability to exteriorize hostile feelings. Those with high scores can exteriorize very easily, they can exteriorize easily especially the hostility feelings, compared to those with low scores, who cannot manifest this way, “turning in upon oneself”.

This is the 2nd primary factor of extroversion in CAQ. The individuals with high scores as regards this trait are enthusiastic. They admit they have more friends than the majority of people.

In self-assessments, the individuals with high scores describe themselves as being disgusted by weak people and agglomeration. Before encountering the problems, they want to anticipate the situation, and they are individuals who observe very strictly the rules.

It is one of the main factors contributing to the pattern of anxiety and it can be considered a major factor of medical risk.

These individuals assert that they need a longer period of time to calm down, that they are irritated by minor things, that they are easily disturbed and they have sleep disorders.

This factor has also the ability to establish anxiety. The high scores have a strong control over the emotional life of subjects and over behaviour, in general, being very organized in their thoughts.

In case, more than in any of the 12 CAQ pathological scales, both low scores and the high ones represent significant clinical deviations from normal, because there appears an abnormally low score in neurotics, alcoholics and schizophrenics, and significantly high in drug addicts and antisocial personalities.

Pp is a clinical factor of CAQ questionnaire and has a fairly extended pathological implication. Individuals with high scores seem not being impressed by the fact that they are the centre of attention or the target of jokes, can stay awake, they are happy in emergency situations, quarrels and other anti-social activities. Because CAQ uses the self-assessment method, such items tend to be impracticable because have an extremely low occurrence frequency. Low scores appear in neurotics, schizophrenics, alcoholics, while the high scores are present in drug addicts and anti-social personalities.

The individuals with high scores think about them that they are cursed, condemned. This suggests the „learnt uselessness” pattern of Beck.

The second questionnaire used for the measurement of hostility scale was the hostility inventory, comprising a number of 66 items, including the negativism, resentment, indirect hostility, suspicion, verbal violence, physical violence and irritability scales. The translation of this instrument to Romanian entails the performance of an analysis of items to find the value of Cronbach alpha, indicating the internal consistency of the questionnaire applied on a sample within Romanian population. After the introduction of values in the statistical processing software SPPS and procedure running from the menu Analyze/ an index was obtained with the value of 0.79, highlighting an average internal consistency.

For the achievement of this study, a non-experimental design was chosen, based on the use of some psychological investigation methods such as questionnaires. Therefore, a series of questionnaires allowing the evaluation of scale level of CAQ, such as the dominance, conformism, impulsivity, tension, self-discipline, as well as clinical factors and the hostility scale.

The procedure started to test the hypotheses begun with the presentation of informed consent within which each subject could manifest his/her will or refuse to participate to the research. Before filling-in the questionnaires, the participants were trained in pleasant ambient conditions (relaxed atmosphere, tranquillity, optimal luminosity and appropriate temperature), training which included information related to the need to offer some sincere and true answers, ticking only one answer choice according to the emotions, thoughts and personal behavioural manifestations. The participants were ensured that there are no good or bad, correct or wrong answers, but only answers reflecting the personal choice. No time limit was specified to review the items, the subjects having the freedom to answer in their own rhythm.

The participants were initially asked to offer some personal data such as age, genre and duration of friendship relationship in which they are involved, expressed in the number of months. There followed the application of the Clinical Analysis Questionnaire, following that the hostility inventory be filled in another day, so as not be influenced by the answers given to the other questionnaire.

A first step in carrying out the procedures for the test of statistical significances of hypotheses was the performance of descriptive statistic, aiming at examining the scale characteristics from the perspective of distribution form, spreading and central tendency.

The results are found in Table no. 1 and they include the number of tested subjects, the minimum and maximum values, the average, the standard deviation, skewness and kurtosis indicators for the scales: dominance, impulsivity, conformism, self-discipline, tension, agitation, psychopathic deviation, psychological inadequacy and hostility.

Analysing a pattern for missing values was not necessary, because the full filling in of the questionnaires was ensured during the test or the elimination of those who did not answer to all questions. (Kline, 2011).

monitor a positive correlation between the scale of personality, self-discipline, and hostility. From the table number four, it results a positive correlation between self-discipline and hostility, but which is statistically insignificant, because r=0.227 and p=0.227. In conclusion, according to the table, H3 hypothesis is rejected, being statistically insignificant.

As a result of drawing up the present work, having as object the correlation between the structures of personality traits, having as scales: the dominance, impulsivity, conformism, tension, self-discipline and the clinical factors: psychopathic deviation, agitation and psychological inadequacy, with expression of hostility in adolescents, by means of statistical data obtained following the examination of adolescents with ages between 17 and 20 years old, it was noticed that hostility negatively correlates with dominance and conformism. The youths with high scores on the dominance and conformism scale obtained a profile with low scores of hostility, reflecting the negative association between the targeted scales.

The second hypothesis confirmed was the positive correlation between tension and the expression of hostility in adolescents. The youths with a high tension profile obtained a high hostility profile too. The working hypothesis which was researching the positive correlation between excitement as clinical factor and hostility was not confirmed, reflecting the fact that clinically agitated adolescents are not necessarily considered hostile or tensioned.

The other working hypotheses were not confirmed, as regards the positive correlation between hostility and self-discipline, considering the fact that adolescents with a high hostility profile obtained a high profile as regards self-discipline. Psychologically, self-disciplined adolescents, those who impose their own discipline, have a very high degree of hostility, being characterized by negativism, resentment, verbal violence, suspicion, irritability and physical violence. Specialty literature confirms that the self-disciplined youths have an inclination toward radicalism and do not involve into an indirect hostile behaviour. Indirect hostility involves behaviours directing hostility against somebody deviously. Other indirect behaviours as door slamming, losing temper, allow to an individual to discharge his/her general hostility feelings that cannot be directed against a certain person.

Throughout the entire work, it was aimed at analysing what hostility, dominance, self-discipline, tension, conformism, impulsivity, as well as clinical factors represent and mean.

The difficulty in defining hostility is also caused by the various theoretical studies related to these problems; moreover, some cultures regard hostile manifestations as being natural, others thinking the contrary.

From those described above, the relations between clinical factors and personality traits of CAQ questionnaire and hostility with its scales of hostility inventory are obvious. In this context, one must mention that questionnaires do not allow the formulation of any clinical diagnosis. By means of questionnaires, we can grasp the individual tendencies toward one of the 9 dimensions assessed. When tendencies are more outlined, this tendency is present at the assessed person and the focus of attention will be directed toward the measure in which this tendency can affect his/her personal and professional life.

This research can open the path toward future researches that minimalize certain aspects that can influence the results, aspects related to the age of subjects, their genre, prominent region of the subjects (urban/rural), high-school profile. Thus, testing the hypotheses can be achieved on a greater sample from the point of view of the subjects. A more complex approach can have as object the correlation between the genre of subjects and hostility and testing the hypotheses according to various age categories.

From the perspective of personal contribution, one can notice that the study is centred on the investigation of scalar variables: dominance, conformism, tension, self-discipline, according to the hostility level. This variable scale, hostility, led to an originality note in approaching the relationship between scales and clinical factors.