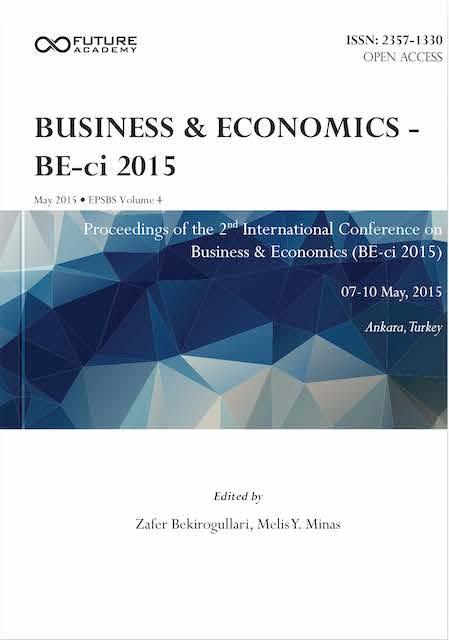 The Relationship Between Mathematics Grades and the Academic Performance of The Accounting Students Department (A case Study on Accounting...

The aim of this research paper is to find out whether there is a relationship between mathematics subjects ‘grades and the academic performance of the accounting department students at Al-Zaytoonah university of Jordan. It is noticed thatalmost two third of the graduated student of the accounting department fall around the average grades of 60 or “D”. This study focuses on analyzing the factors behind this Phenomenon and suggesting practical solutions for it. For achieving this purpose, the academic results of 113 accounting students who were graduated by the second semester 2014 were analyzed using the Pearson Product Moment Correlation Coefficient Applied through the statistical program SSPS. Finally, the study concluded that, mathematics subjects’ grades have a significant positive effect on the academic performance of the accounting department students.

Some of the causes of a poor academic performance for some students are simply poor school elementary base. According to late research done the ministry of education here in Jordan on the first three levels of elementary education, twenty percent 20% of the students had shown very poor level in reading and writing skills. The results pulled the bill of a dangerous phenomenon and called for quick remedies to overcome such terrifying future of these students. Another reason of poor performance of students can be contributed to bad study habits. They may not be able to focus on tasks easily. Another possible issue could be personal or financial issues which prohibit them from focusing on their studies. There are also other factors that affect students’ performance such as home life, health, motivation, learning problems, psychological problems, and family social status (eHow, 2014).

How far mathematics affects accounting student’s performance? The answer to this question can be understood according to students’ attitudes toward mathematics. An attitude is an internal disposition to evaluate in positive or negative terms an object, which is accompanied by affective, cognitive, and behavioral responses (Aiken, 2002). The relationship between mathematics grades and the academic performance of the accounting students' department could be measured accordingly.

Principles of accounting were chosen as it includes the basic mathematical skills, such as,

Students’ academic performance or achievement is usually measured by high scores, and accordingly, the evaluation of university performance depends on the number of graduated students having high scores. So we assume that, there is a relationship between mathematics subjects and the accumulated average of the graduated students. The accumulated average can be used as an evaluation standard which we can judge the performance of educational institutions. So, it’s very important to figure whether mathematics subjects is the real reasons which caused the huge fall of these students in the “D” category or not.

Mathematics can be considered as the language of science and technology, and early foundation of mathematics skills is necessary in order to attain high academic performance.A growing body of research supports the implementation of curricular resources and program standards for mathematics for early childhood learners (Richardson, 2000). The big ideas in mathematics must include mathematical experiences that incorporate mathematics content in areas such as number and operations, geometry, algebraic reasoning, and measurement. Mathematics curricula and teaching practices should rest on a solid understanding of both mathematics and the development of young children. Understanding should be monitored by observation and other informal evaluations to ensure that instructional decisions are based on each child’s mathematical needs. Early childhood educators should actively introduce mathematical concepts, methods, and language through a variety of appropriate experiences and research-based teaching strategies. Teachers should guide students in seeing connections of ideas within mathematics as well as with other subjects, developing their mathematical knowledge throughout the day and across the curriculum. They must encourage students to communicate, explaining their thinking as they interact with important mathematics in deep and sustained ways. Teacher education programs must include attention to the mathematics component of early childhood programs, and continuing

While it is true that people can still succeed without achieving advanced competency in math, a deficiency in certain basic math skills dramatically limits a graduated student’s opportunities as it’s presented in a low accumulated average in the degree he is holding.

Accounting has close relationship with mathematics. The dual aspect concept, which is the basic concept of accounting, is expressed as a mathematical equation, known as accounting equation. Accounting computations such as computation of depreciation, determination of loan installment, ascertaining of cash price in case of hire purchase and installment systems requires use of mathematical techniques. Accountants now use statistical models, computers and operation research techniques. All these require knowledge of mathematics.

show that, most of graduated students (59-64%) fall in the “D” category, where the accumulated average of “D” category ranged between 60-67.9 percent according to the university categories scale.

classification is according to marks obtained by the students. Table.2 illustrates these grades:

The primary data needed to achieve the study objectives were collected from the records of 113 students of the accounting department of Al-Zaytoonah University of Jordan, who were graduated by the second semester of the academic year 2013/2014.

The final academic grades of the inter related mathematics subjects in Principles of Accounting, Business Mathematics, Business Statistics, and Quantitative Methods in Management were collected and then it was classified and weighted according to the university grading scale as presented in Table.2.

H1: There is a statistical relationship between Mathematics’ subjects and the accumulative average of the students.

H2: There is a relationship between gender and the accumulative average of the accounting students

The results of the Pearson Correlation show a strong relationship between the cumulative average and each variable (Business Mathematics, Business Statistics, Quantitative Methods in Management, and Principles of Accounting). The correlation is significant as it is above 0.01 (Uma Sekrran, 2003)

Table.3 illustrates the Pearson Correlation between cumulative average and each Math related subject obtained by the graduated students of the accounting department during the second semester of the academic year2013/2014.

average and variable (Business Mathematics, Business Statistics, Quantitative Methods in Management, and Principles of Accounting). The correlation is significant as it is above 0.01. Table.4 illustrates the Pearson Correlation between cumulative average and Math related subject obtained by the graduated students of the accounting department during the second semester of the academic year2013/2014.

6.3Data Analysis of the Gender of the graduated students

the Gender Analysis of the graduated students.

average. Table (6), illustrates the Gender Analysis of the graduated students.

According to Data Analysis, and Hypothesis testing the study had concluded the following:

a.There is a significant positive relationship between mathematics’ subjects (Business Mathematics, Business Statistics, Quantitative Methods in Management, and Principles of Accounting) and the accumulative average of the accounting students.

b.There is relationship between gender and the accumulative average of the accounting

According to the study conclusions the researcher recommends the following:

a. Math related subjects (Business Mathematics, Business Statistics, Quantitative Methods in Management, and Principles of Accounting), should be re-evaluated in relation to its effect on the accumulative average of the students. The evaluation process should consider the re-evaluation of syllabus, references, and tutors quality.

b.Math perquisites subjects should be enforced as mandatory subjects.

Special attention should be paid to the entrance exam as it reveals the weaknesses points of students.

d.More studies should be carried on taking into consideration the academic streaming of the