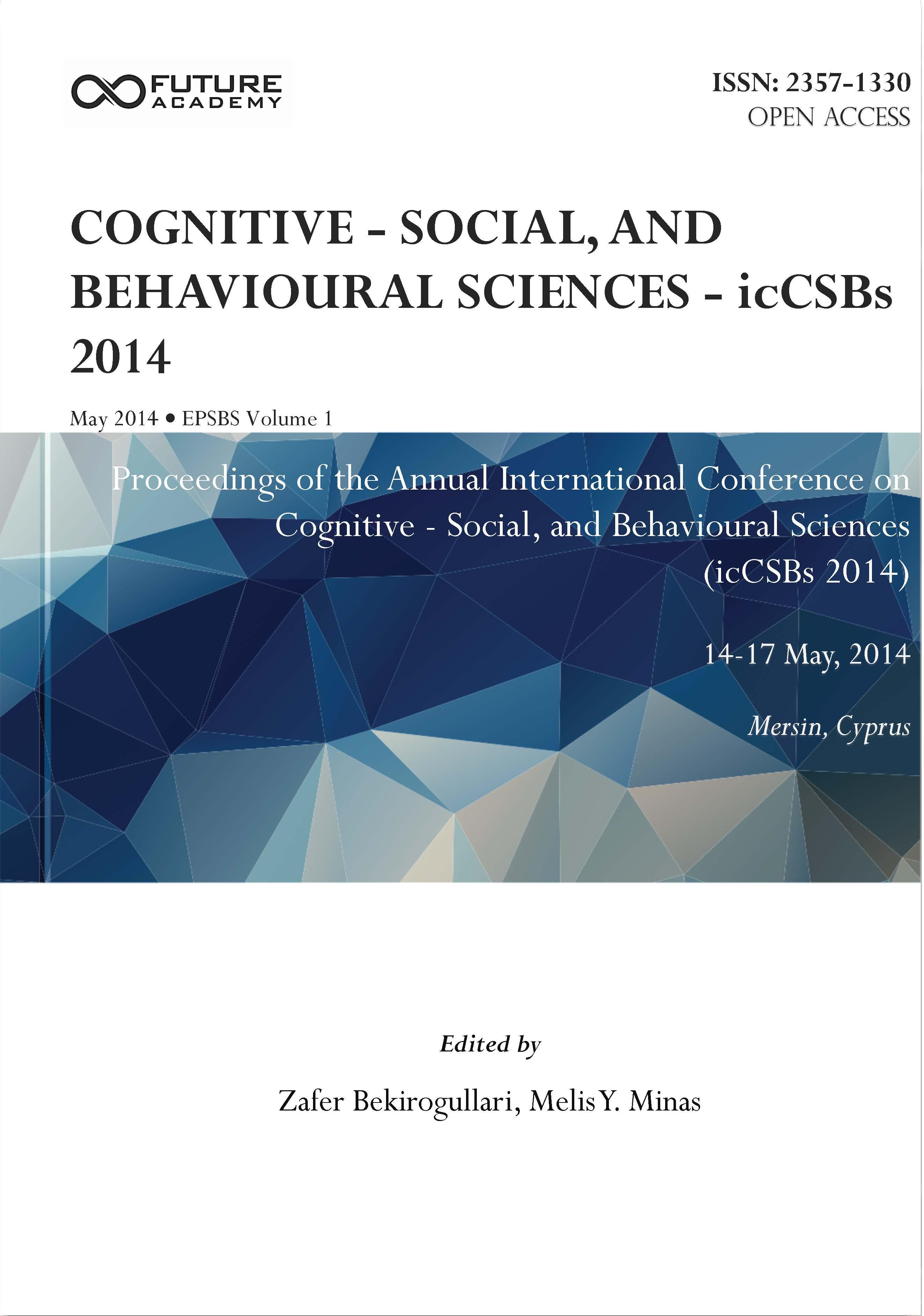 An Evaluation of Loneliness

Loneliness is an unwanted and disturbing feeling. Loneliness is feeling alone in oneself or incomplete or not satisfied

enough rather than being physically alone. Unlike loneliness, if being alone is the result of a preferred choice, it may not

cause the feeling of loneliness.

Loneliness is a common and distressing problem (Bradburn, 1969). Even though on different levels, most of the people

experience loneliness at least once in their lives (Perlman and Peplau, 1981). Loneliness is described as the discrepancy

the perceived social relationships. Loneliness is a state of emotion perceived subjectively rather than it is something that can

be measured with the number and physical proximity of the people around. In forming of the feeling of loneliness, the level

of satisfaction in social relationships rather than the number is important.

to the description that Weiss (1973) provided, emotional loneliness is the state that there is no close committing relationship,

being rejected and boredom. Weiss (1973) believed that emotional loneliness is more difficult and painful than the social

Loneliness is caused by various factors. Some of these cause loneliness to be long-term and more permanent and some

of them only cause temporary loneliness.

Some of the personal characteristics cause people to be lonely: Shyness, low self-confidence (Jones, 1982), inefficient

social skills, introversion, not being attemptive (Russell et. all, 1980) etc. People with the personal characteristics of

shyness, low self-confidence and introversion may not get close with other people due to the various concerns they have

about themselves. People with inefficient social skills may lack the skills to get closer with people and maintain these

relationships. This kind of personal characteristics decreases the social desirability of the individual. People with this kind

of characteristics abstain themselves from taking risks (Perlman and Peplau, 1981). Social attitudes of lonely people

against social situations are different from the social attitudes of people that are not lonely. For example, they do not

ask many questions when they interact with people and they do not give much information about themselves (Jones,

The childhood experiences may be a reason to become a lonely person. According to a study, children whose parents are

divorced feel a deep feeling of loneliness and again the same study shows that during the divorce the younger the child is, the

greater the level of loneliness will be (Rubenstein et. all, 1979).

According to Weiss (1973), loneliness is also related to gender, marital status, level of income and age. Weiss stated in his

research that women are lonelier than men and married women are less lonely than single women. Weiss also stated that poor

people suffer from loneliness more. It is interesting that the claims of Weiss are not suitable with the findings of Durkheim’s

and the poor, the general characteristics of the suicidal groups is that these groups are more independent, less integrated into

a group of people and less responsible for other people. Loneliness is considered to be one of the reasons for being suicidal,

so according to this men and the rich would be lonelier. According to some other authors, the way women evaluate and

express themselves differentiate than men, thus, it may affect the relationship between gender and loneliness. Additionally,

there was not a significant difference between men and women in the loneliness scores of UCLA (Russell et al, 1980).

Adolescents express loneliness more than other age groups. Additionally, loneliness is felt less in adulthood and it is felt

out. It is thought that the high expectations during adolescence and knowing how to be happy in adulthood have an effect on

the perceived loneliness (Perlman and Peplau, 1981). The feeling of loneliness during adolescence may be caused by the gap

circle consisting of friends, and the feeling of loneliness among the age of over eighty may be caused by the death of loved

As Perlman and Peplau (1981) states, people with the high risk of loneliness are the people who recently moved,

recently got divorced or lost their spouses due to death, recently experienced the death of someone, students who changed

their schools, people who recently started working, mothers whose children grew up and left the house, unemployed,

prisoners and the disabled people. Other than these, people with serious illnesses, international students, immigrants,

veterans of war and stigmatized groups also experience loneliness. Some of these groups, for example people who

recently moved or students who changed their schools experience temporary loneliness, while other groups such as the

In addition, long term loneliness may be a result of some psychological disorders. For example, people with dependent

alienation and loneliness. Add to these, depression may also be the reason for loneliness and may be caused by loneliness,

thus it can be perceived as a psychological disorder accompanying by loneliness (Ernst and Caioppo, 1998). A depressed

person may lose his motivation to socialize and interact with other people and consequently may get lonelier in time.

Results of short term/temporary loneliness differentiate from the results of long term/permanent loneliness, at some points

they may overlap; however results of permanent loneliness may be more dramatic. Loneliness caused by temporary reasons

may become long term loneliness unless they are dealt with. For example, the reason of loneliness for a person who recently

moved is a temporary reason rather than a person who has a serious illness which effects last for longer. However the

How people describe the cause of their loneliness also shows how they experience loneliness. The loneliness of a person

who blames himself rather than evaluating the situation and processes outside will be deeper (Russell, Peplau & Cutrona,

deficiency, and unhappiness (Perlman and Papleu, 1984). The negative feelings decrease the will to do something. The

outside world, events and activities seem meaningless and nonsense (Perlman and Papleu, 1984). The feelings of being

rejected and unwanted are also experienced and these feelings may cause some people to experience anger (Zilboorg, 1938)

and some other to experience fear. Additionally, depression influences the dimension of negative feelings among lonely

people: A research shows that depressed lonely people feel dissatisfied and unhappy in every aspect of their lives, while non-

depressed lonely people are dissatisfied and unhappy only about their social relationships (Bragg, 1979).

The Negative Perception of People

The general negative mood in lonely people’s lives also applies for the people around them. Lonely people regard people

around them more negatively than not lonely people. Lonely people tend to perceive people as insufficient. Jones (1982) also

shows that lonely people described both themselves and their partners in their bilateral relationships more negatively.

are not lonely, and the level of trusting to other people is less among lonely people.

Lonely people join social activities less and have less social relationships. In a study conducted among students, it is

found out that the time spent alone during the day, frequency of eating dinner alone and the frequency of spending the

weekends alone are related. Lonely students spend less social time with their friends and they have less close friends

Inability to Cope with Problems

Lonely people feel concern and threat about the problems they encounter rather than actively fighting against them.

According to Rubenstein and Shaver (1982), some people react loneliness by crying, sleeping, eating, watching television or

doing nothing. Choosing passive ways to cope with loneliness may increase the depth of feeling and the length of loneliness.

Lonely people experience more psychosomatic disorders such as headache, fatigue and poor appetite. Their quality of

sleep is lower (Caioppo et al., 2002). These may be caused by the concerns that lonely people have (Rubenstein and Shaver,

1980). Lonely people may not tend to share their worries, fears and anxieties with other people, they tend to keep disturbing

feelings and thoughts within themselves, and this attitude may result in stress, which produces psychosomatic disorders.

Other reactions against loneliness are drinking alcohol and using drugs. Sadava and Pak (1994) found out that drinking

of loneliness. More serious reactions may occur against loneliness such as suicidal ideation and suicide attempts as it gets

severe (Ernst and Cacioppo, 1998). Additionally, loneliness may cause criminal behaviour and this may pose danger for the

social environment. A research shows that loneliness caused criminal behaviours such as stealing and vandalism in students

(Brennan and Auslaner, 1979). Furthermore, it has been found out that the biggest problem that the rapists have is the feeling

of loneliness compared to feelings of anger, belittling, and inefficiency and feeling rejected (McKibben, Proulx and

Mortality rate of lonely people is higher. In addition to this, bereavement which seems like a temporary reason may cause

death in a few years after the death of the spouse among old people (Seeman, 2000).

In order to cope with loneliness, both individual methods can be used and professional support can be received.

alone feel less lonely. Another research showed that the best way to suppress loneliness is to have a partner. Furthermore,

when the diaries of the students were examined, it was found out that individuals who are in a close relationship with a

female, no matter the individual is a female or male, feel less lonely.

Individuals who are lonely are suggested to go out, come out of their shells, spending time with other people, make

friends and joining social groups. Even though these suggestions can be applied successfully by individuals who experience

temporary loneliness, individuals who feel lonely because of their communication skill problems or their personal

characteristics, may not succeed in. It would be beneficial that these individuals apply to the support groups, because these

For some of socially isolated people, their feeling of loneliness may not be that much or may become less in time. The

reason for this is the lowering of expectations, thus the gap between the current social relationships and the desired social

relationships decreases. Even if social relationships are relatively few, the change in perception cools down the feeling of

Therapy is an efficient way to change negative thoughts that accompany loneliness and which makes loneliness chronic,

negative self-concept and the perception about other people. Herd and Kubistant (1975 in Kubistant, 1981) suggested that

accepting loneliness and telling about it is an important step to do further in order to change the situation.

Another efficient method for lonely people other than therapy is social skills training. With the help of social skills

training, the lonely person can develop the social skills that he is not successful at and obtains the skills to cope with

loneliness. Talking fluently on the phone, starting a dialogue, complimenting and receiving compliments, being able to stand

silent moments, caring about physical appearance and learning nonverbal methods of communication are among the taught

In conclusion, perception of one’s self indicates loneliness. Loneliness may be experienced as emotional and/or social

loneliness. The causes of loneliness may be temporary or permanent. Loneliness results in negative feelings, negative

perception of others and being negatively perceived by others, inability to cope with problems, psychosomatic disorders,

decreases the satisfaction of life. It is significant to effectively cope with loneliness in order to prevent its negative outcomes.

Individual attempts such as going out, involving in social activities can be solutions, unless they are successful attempts to

cope with loneliness, professional ways of getting help should be applied for, such as social skills trainings, group and