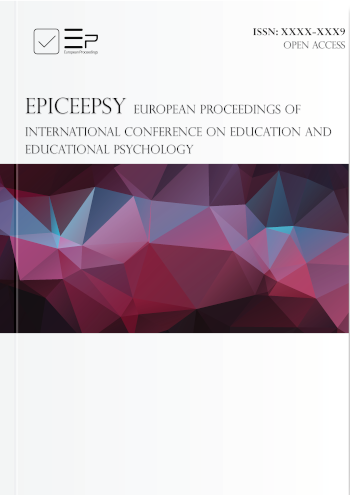 Looking for an author or a specific volume/issue?

Institutionalization And Autonomy In Adolescents And Youth

The development of autonomy is influenced by different individual and contextual variables, that include socio-demographic and family/institutional (in cases where children live in residential care) background. Hence, the role residential care play in the process of providing children and youth at risk/danger with the adequate skills to prepare them to have an independent adult life is fundamental. A quantitative exploratory study was thus developed to characterize adolescents/young people autonomy (68.8% living in residential care) and to explore individual variables relevance in this area. Most of the participants lived in coastal areas of the country (69%), were female (76.2%) and age ranged between 13 and 24 (17.38±2.33). They completed the Autonomy Questionnaire for Adolescents. SPSS IBM 24 was used for data analysis and statistically significative differences were found (p˂.05): i) between males (with higher results) and females; ii) in functional autonomy according to age (higher scores among the 13-17 year-old group vs. 18-24); iii) in functional and total autonomy, better in those living in residential care. These results stress the importance of investing in parental education initiatives that may foster the construction of youths’ autonomy in their own families considering the role played by gender and age in intervention.

Children's rights promotion and protection is a recent achievement in human history. As a matter of fact, the Declaration of the Rights of the Child, adopted in an extended form by the United Nations in 1959, following the publication of the Universal Declaration of Human Rights in 1948, came about to guarantee children well-being, given the devastating effects of World War II on human rights (Oliveira, 2016).

In fact, today children are full human beings in their own right and should be, at least, granted the same rights as anyone else. We seek to ensure, through legal regulations, that this fundamental guarantee is respected. In Portugal, when these rights are compromised and the child is in danger due to parental abandonment, child neglect, physical or psychological abuse, sexual abuse, or due to other circumstances that may jeopardize the child's adequate development, protection measures are activated to ensure the child's best interests. These measures, provided for in Law nº142/2015, dated 8 September (revision of Law nº 147/99, dated 1 September) the “Lei de Proteção das Crianças e Jovens em Perigo (LPCJP)”, the Portuguese children protection act, include, among others, residential care that should be temporary and promote the child’s development, in all its dimensions, including autonomy (Delgado & Gersão, 2018). These authors stress that it is essential that residential care institutions are able to promote skills that will enable young people to take individual responsibility for their life and make informed decisions for themselves, developing strategies that will allow them to be an independent adult life outside the institution.

It is therefore essential that residential care guarantee a safe environment to ensure development and empowerment, especially for young people who are unable to return to their family environment and have to stay longer in an institution. This is crucial to stimulate and develop personal and social skills that will prepare them to be full independent and autonomous (Instituto da Segurança Social, 2018). Some studies highlight this crucial role of residential care institutions in promoting autonomy (Silva et al., 2019). Costa et al. (2015) and Bailey et al. (2019) stress the role played by all the people who work at these institutions. Based in trusting relationships, staff should focus on personal, socio-affective, instrumental and behavioural dimensions to promote these young people’s autonomy (Seth-Purdie, 2019).

In fact, the autonomy construct, understood as the capacity to become independent from others (Serdiuk et al., 2018), involves different dimensions. This developmental task, of paramount importance in adolescents, includes, according to the literature, three facets: emotional, cognitive and behavioral/functional. The cognitive or attitudinal dimension refers to decision-making skills, self-determination, self-assessment, setting personal goals, in short, with what the adolescent wants to do with his/her own life (Bernal Romero et al., 2020; Graça et al., 2010; Noom, 1999; Oliveira, 2016). According to the same authors, emotional autonomy refers to independence from parents and peers, to the process through which children or adolescents will assume their own personality and trust their own goals, beliefs and personal values, while respecting those of others. Finally, the authors add the ability to regulate our own behavior, to deal with external pressure and define strategies to achieve our own personal goals, related to the functional or behavioral dimension. Several personal and contextual variables play a crucial role in the process through which children and adolescents will develop the different dimensions of their autonomy.

When focusing on gender differences, those variances are nowadays less important than they were in the past. In fact, male and female show autonomous behaviors at different stages of their adolescence, however, this gender equality is not evident in all cultural contexts (Dutra-Thomé et al., 2019). It should also be noted that the studies conducted so far are not yet able to provide a consensus on the relevance of this variable in autonomy development. For example, Sher-Censor (2015) points higher autonomy levels in girls, contrary to Graça et al. (2010), that stress better results obtained by male respondents.

The adolescents/young adults’ social context also has a strong influence on their autonomy levels (Wood et al., 2018). The families’ socioeconomic conditions (Barbosa et al., 2017) as well as the kind of work carried out in residential care to promote autonomy, have a strong impact on youngsters (Cabral, 2017), specially through evidence-based programs such as the Umbrella Program, one of the most popular and widespread in Portugal (Del Valle & Quintana, 2006).

As we have seen previous, the autonomy development is influenced by individual and contextual variables, including sociodemographic and family or, in its absence, institutional support. In this sense, the role of residential care institutions in preparing children and young people at risk for independent adult life is crucial.

In our study we looked for answers to the following two questions:

What is the autonomy level of adolescents living with their families or in institutions?

What’s the relevance of sociodemographic and institutional variables in autonomy level?

We developed our research to assess adolescent’s/youth’s autonomy level (including participants from residential care institutions), exploring the relevance of individual variables, such as gender and age, as well as institutional support, to outline interventions with individual specificities, for families or residential care professionals, both responsible for facilitating youth’s adaptive transition to independent adult life.

An exploratory study was developed, using quantitative methodology and an ex-post-facto design, to understand the influence of institutional care and socio-demographic variables on the autonomy of adolescents/young people.

The convenience sample (Table 01) included 42 adolescents/young people coming from several Portuguese districts, especially from the coastal area of the country (69%). The majority (n=29) were living in institutional care and 13 with their families. The participants, mostly female (76.2%) were aged between 13 and 24 years (17.38±2.33).

In addition to the ad hoc general background questionnaire, with socio-demographic and institutional questions, Noom’s (1999) Autonomy Questionnaire for Adolescents (AQA), in its Portuguese version, created by Graça et al. (2010), was used. The instrument consists of 15 items, and uses a Likert scale (1=nothing to do with me to 5=everything to do with me), organized in three different subscales: cognitive autonomy (items 1, 4 and 9), which refers to the ability to make decisions and set goals independently; emotional (items 5, 11 and 13), that relates to how confident young people feel of their beliefs and personal values, without depending on social validation; and functional (items 2, 3, 7, 8, 10, 12, 14 and 15), which is young people’s ability to adopt a confident and self-determined conduct, and their capacity to launch activities and projects independently, without seeking approval from others (Graça et al., 2010). In the adaptation study for Portuguese population, the instrument revealed good psychometric qualities and four dimensions emerged in the factorial analysis: two (independence and self-determination) are associated with functional autonomy and the others with emotional and cognitive autonomy. In our study, we maintained the original structure, which follows the tripartite theoretical model on which it is based.

Once permission from the instrument authors was obtained, the adolescents/young people were contacted through a social network virtual group, set up specifically for this study, with private access and run by the researchers who invited the participants who were part of their personal contacts network. The ethical conditions, namely the guarantee of anonymity and confidentiality, were assured to the participants, using an informed consent form, signed by the participants’ guardians when the students were underage, and the instrument was available online for completion (LimeSurvey tool).

The Statistical Package for Social Sciences-SPSS for Windows, version IBM24 was used for data analysis, assuming a 95% confidence level in the nonparametric analyses (Mann Whitney U and Kruskal Wallis tests) performed.

The autonomy dimension with the highest score (Table 02) was the functional (3.74±.59), in total agreement with what had occurred in the validation study of the instrument for Portuguese population (Graça et al., 2010). The lowest score was obtained by the emotional dimension (2.19±1.10).

Evidence showed that institutionalized adolescents/young people had higher levels of autonomy than those who were living with their families, both in overall autonomy (U=109.5, p=.02) and in functional subscale (U=119.0, p=.03). These results agree with literature. In fact, adolescents who experience contexts of greater social risk have higher levels of autonomy. In the case of the participants who were living in institutional care, we must take into account the work done to prepare their transition to independent adulthood. It seems that this work, in our sample, is producing good results, a situation that is highlighted in other studies (Clemente, 2013). These findings shouldn’t be surprising given the crucial role played by these institutions in the process of empowering young people (Gomes, 2013).

As for the two age groups (13 to 17 and 18 to 24), statistically significant differences were only found in functional autonomy (U=119.0, p=.03), where younger had better results, contrary to what could be expected according to several studies (Graça et al., 2010). However, given the characteristics of our sample, highly representative of the female gender, the results are ultimately corroborated by the report of National Academies of Sciences, Engineering, and Medicine (2019), who found out that younger female adolescents develop autonomy issues more quickly than older male adolescents.

Understanding the demanding process of autonomy construction implies considering personal and contextual dimensions, as we aimed to analyse in this exploratory research project.

The better autonomy levels found in residential care participants stress the importance of investing in parental education, since evidence in our paper showed that staff in institutions seems able to deal with this adolescence developmental task of autonomy construction.

The relevance of socio-demographic variables in this process should also be highlighted, as they may represent clues to those responsible for designing interventions, that should be gender and age sensible. However, these results should be further empirical tested given the limitations of our study, namely the small sample size.

It is however important to keep investing in the professionals training as they play a key role in residential care ensuring that those adolescent's risk trajectory is effectively broken and that they may face an adequate transition to adulthood outside the institution, guided by their own autonomy and sense of responsibility.

Acknowledgment to the Centre for Studies in Education and Innovation, CI&DEI - Polytechnic Institute of Viseu (IPV) for their financial support in paper translation.

Cite this paper as:

Click here to view the available options for cite this article.